“People think it’s impossible to visit the country, due to the double [coronavirus] testing requirement, but there is so much you can do while in quarantine,” Olivier Staiger, a Swiss amateur photographer who came to Iceland Tuesday, tells mbl.is . “This is a free country,” he continues, “with fair rules for tourists.”

Oliver is still in quarantine. He was tested for the virus upon arrival and is due for the second test on Sunday. For that, he’ll have to drive all the way from Grundarfjörður, West Iceland, to Reykjavík, since testing is offered only in the capital city on Sundays.

This is his 13th trip to Iceland, and he states he is totally captivated by the northern lights, of which he has taken numerous pictures, the best of which he shares on social media.

Olivier now has a Facebook page called Iceland Quarantine , where he posts accounts of himself and advice to those who are on their way to Iceland, facing quarantine, as well as pictures taken around the cabin in Grundarfjörður, on the Snæfellsnes peninsula, where he is staying. 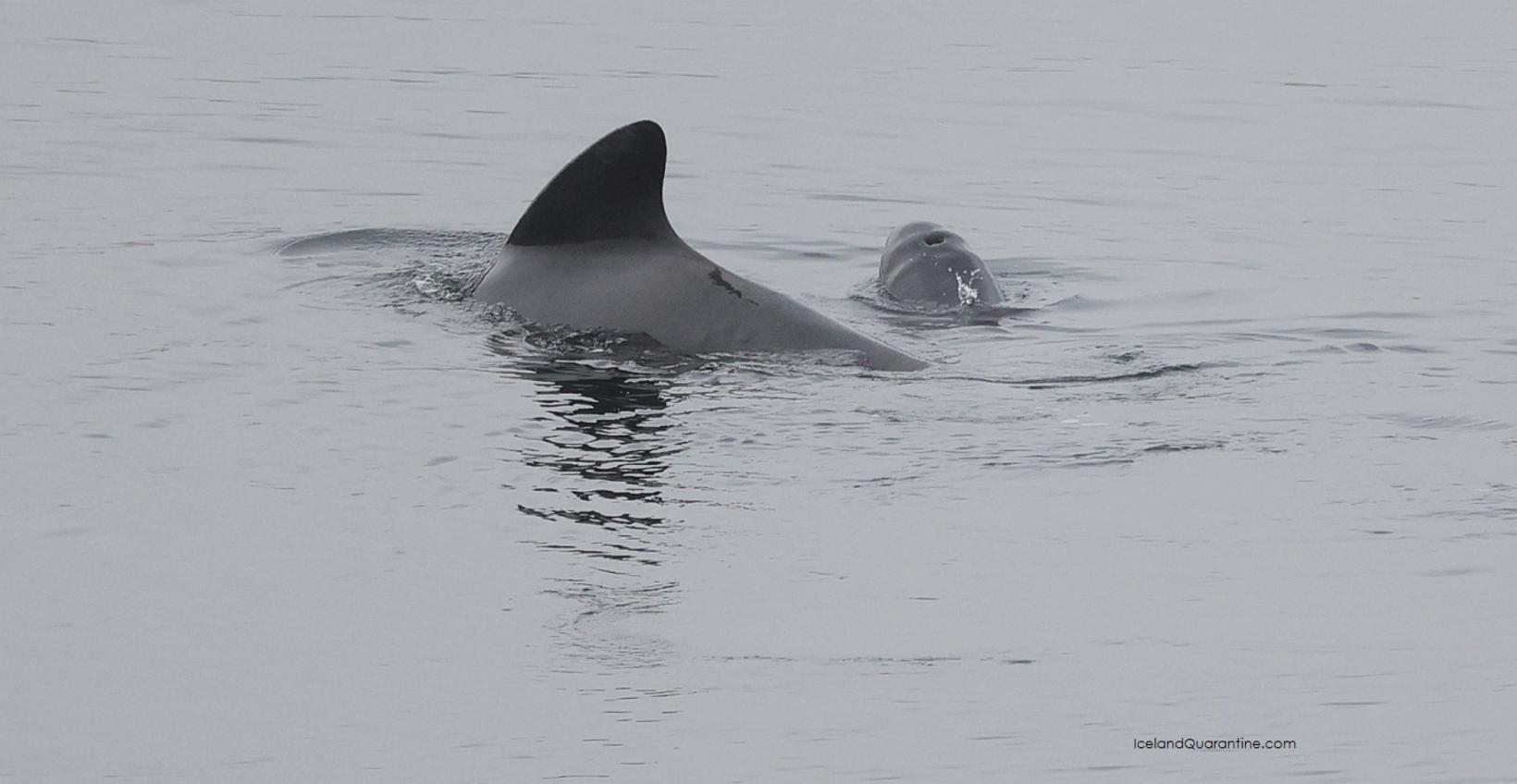 He explains that the purpose of the Facebook page is to inform people about how easy it is to be in quarantine those four to five days in between the required tests. There are so many things you can do, he states.

From his cabin, he has a view of the ocean. He even spotted what he believes is a pilot whale mother with her calf on Breiðafjörður bay.

Olivier explains that as long as you respect the required social distancing rule, you can take a walk while in quarantine, and if you fill your car up with gas, just be careful to wear gloves.

He has traveled the world and specializes in taking pictures of the sky. That interest was sparked when he began taking pictures of solar and lunar eclipses. For a while, he photographed weather phenomena, such as tornadoes, but now he focuses solely on the northern lights.

Once, he even drove a 600-km (370-mi) distance to the only spot in Iceland where the forecast was for a clear sky in order to take pictures of the northern lights, dancing in the sky.

In addition to the Facebook page, Olivier has a YouTube page, where he posts videos from Iceland and other places he has visited. On some of those, he plays the background music on his violin.

On his Facebook page AuroraFiddler , Olivier strongly advises people headed for Iceland to take their instrument along, as long as it’s not heavy, since being in quarantine gives you a great opportunity to practice.

going to quarantine in Iceland ? bring along your instrument !