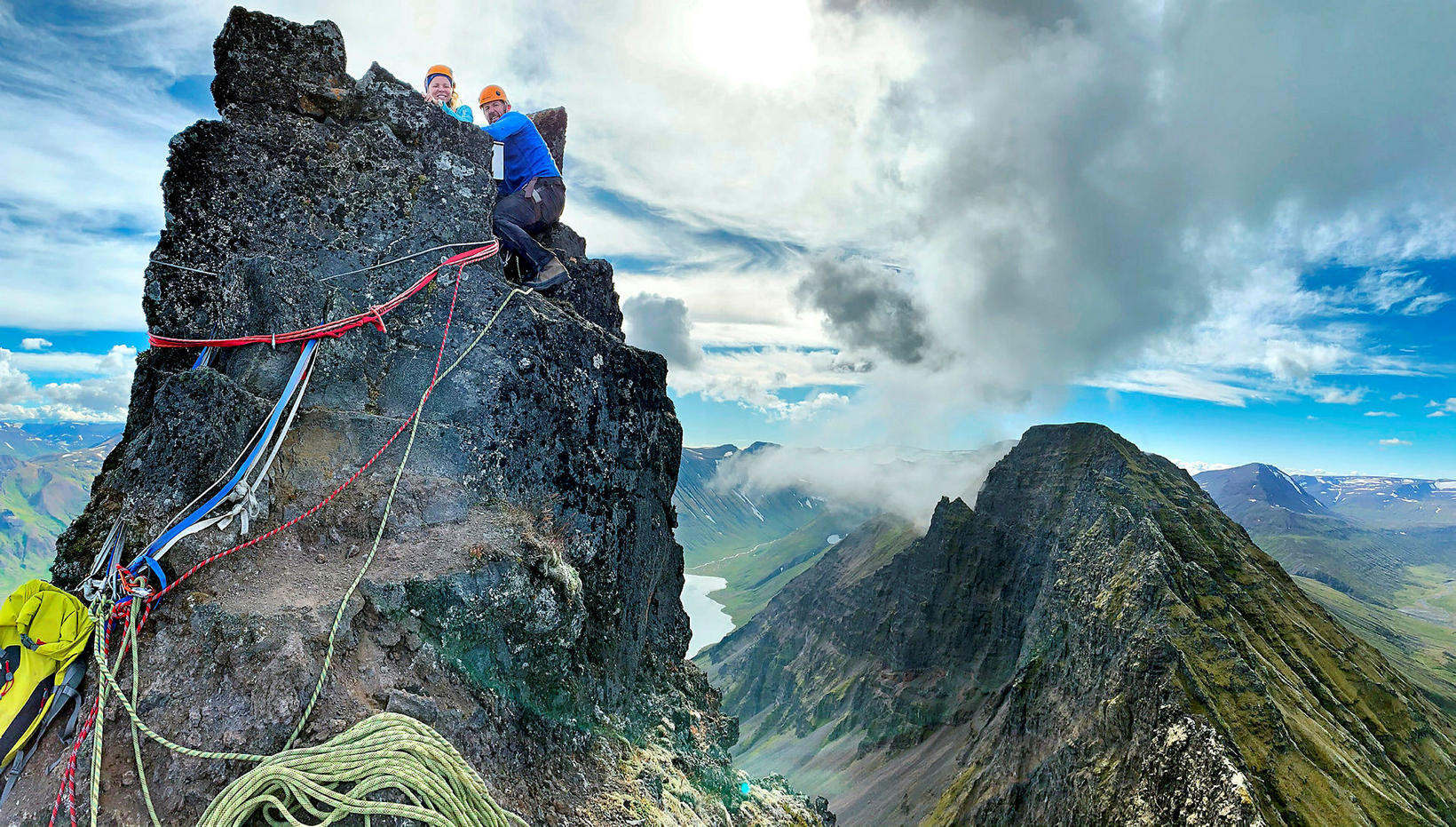 From the valley, it took them about six hours to reach the top. First, they hiked up 1,000 m of slopes and rocky terrain, followed by a very steep cliff face. 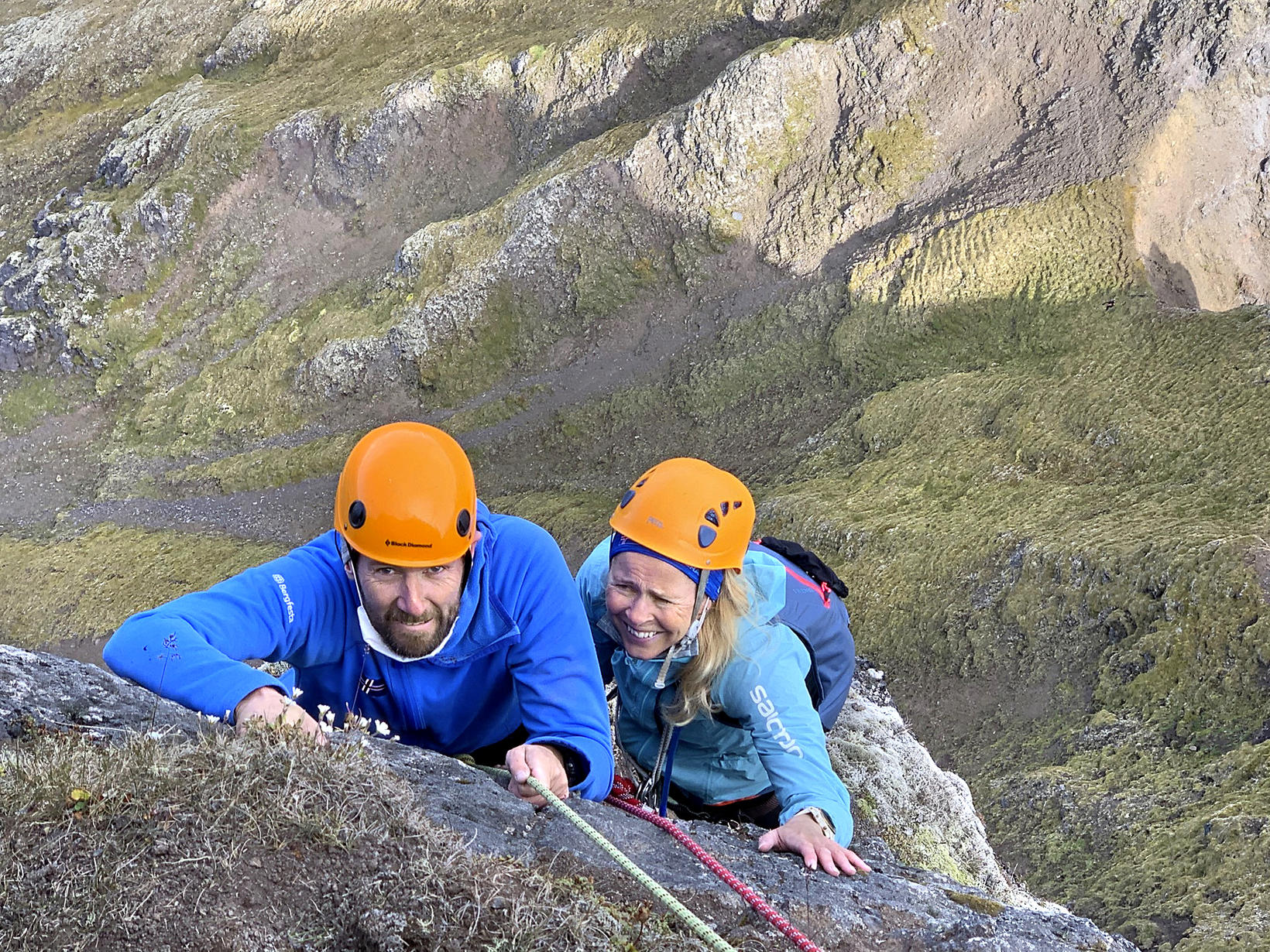 Sævar Helgason and Sara Dögg Pétursdóttir on their way up. mbl.is/Jökull Bergmann

The picturesque Hraundrangi has an elevation of 1,075 m (3,527 ft) and towers over Öxnadalur valley, visible from the Ring Road in North Iceland when you approach Akureyri, coming from the south. It rises 80 m (260 ft) above the ridge of the mountain. 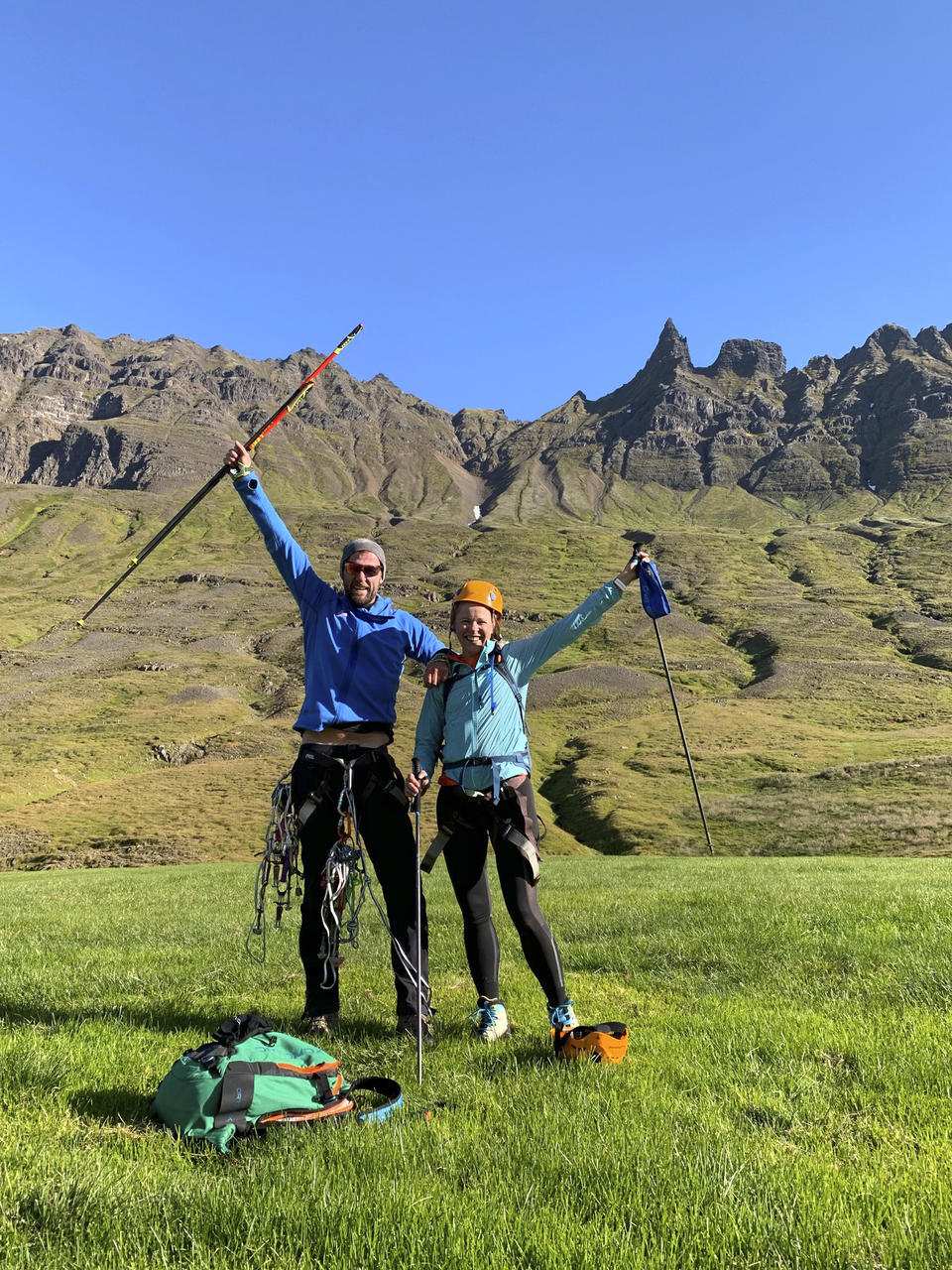 The elated couple, with Hraundrangi in the background. mbl.is/Jökull Bergmann

The peak - a lava column - was considered impossible to climb until August 5, 1956 , when it was finally conquered by three men: Finnur Eyjólfsson, Sigurður Waage and Nicholas Clinch. Since then, many experienced mountain climbers have made it to the top - Jökull Bergmann among them, who since 1993 has been there no less than 30 times.