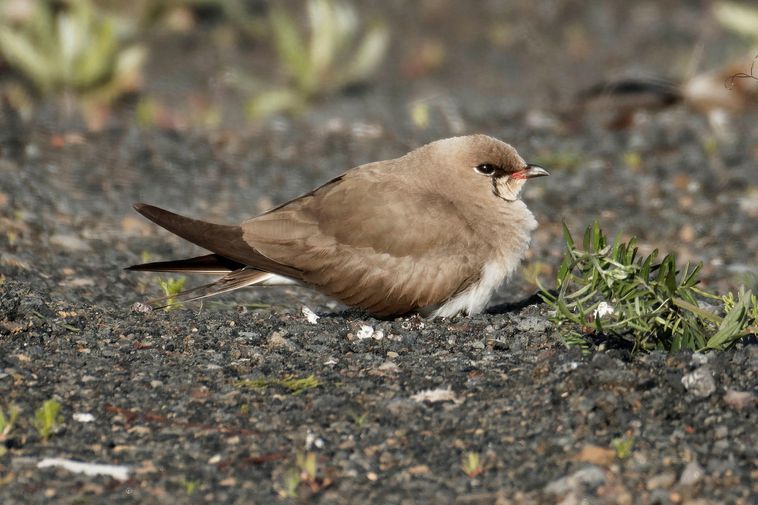 A tiny visitor, never seen in Iceland before and not subject to any sort of testing at the border, has made a landing in Garður on the Reykjanes peninsula. The visitor, believed to have flown from southern Europe or even from North Africa, was first detected on Friday, June 26, Morgunblaðið reports.

Since then, bird enthusiasts from all over the country, and even some from abroad, have flocked to Garður to see and photograph the new arrival. The visitor is no other than a collared pratincole (Glareola pratincola), also known as the common pratincole or red-winged pratincole – a small wader and native to the Old World.

The only other time this kind of bird has been sighted near Iceland was June 7, 1997, when a collared pratincole was detected on board the fishing boat Snæfugl SU, southeast of Iceland.

The collared pratincole is slightly smaller than an Arctic tern, and it feeds on insects.

It is native to the warmer parts of Europe, Southwest Asia and Africa, according to ornosk.com. Its winter grounds are in tropical Africa.

It is “an agile flyer and its habitat is in open land where it can often be seen floating over dry fields, lush wetlands and muddy coasts. It is often seen near water in the evening where it sweeps back and forth like a big swallow snatching insects although it can also feed on the ground.”

The bird is most visible during dusk and dawn, when it’s busy catching insects. At other times of day, it is hard to detect.