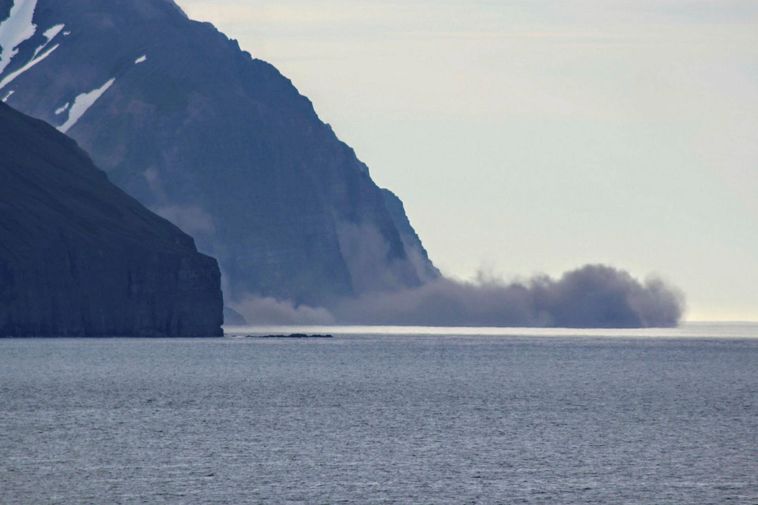 The series of earthquakes that began Friday in North Iceland is still ongoing, although there was a slight decrease in activity last night.

Yesterday, more than 1,500 tremors were detected, all of them less than 3 in magnitude, according to the Icelandic Met Office.

Seismologist Ragnar Stefánsson tells Morgunblaðið he does not expect this seismic activity to lead to a major earthquake in the area.

Seismic activity in Iceland, he explains, is due to the country’s location on the Mid-Atlantic Ridge, on which the rifting totals nearly 2 cm a year.

“I wouldn’t expect a large earthquake on the Húsavík-Flatey fault in this series of quakes, judging from the way it has occurred,” he stated. “This is mainly the east/west opening of the rift zone, which stretches from the mouth of Eyjafjörður fjord. The seismic activity has moved northwards along the rift valley, and if large earthquakes occur there, the effect on people on land is much less.”

In his view, the opening will be limited to this zone, but won’t move eastward, as happened in a series of earthquakes in 2012, and not westward either, unless some other factors are involved.

“This time, compared to the earthquakes in 2012, the opening appears to be moving along the Eyjafjarðaráll basin,” he continues. “One doesn’t expect major earthquakes, for those are generally caused not by opening, but by transform fault shearing.”

Ragnar states it’s hard to predict how long the seismic activity will last. The worst may well be over, but this could potentially continue for a long time.