New Airlines Would not ‘Replace’ Icelandair 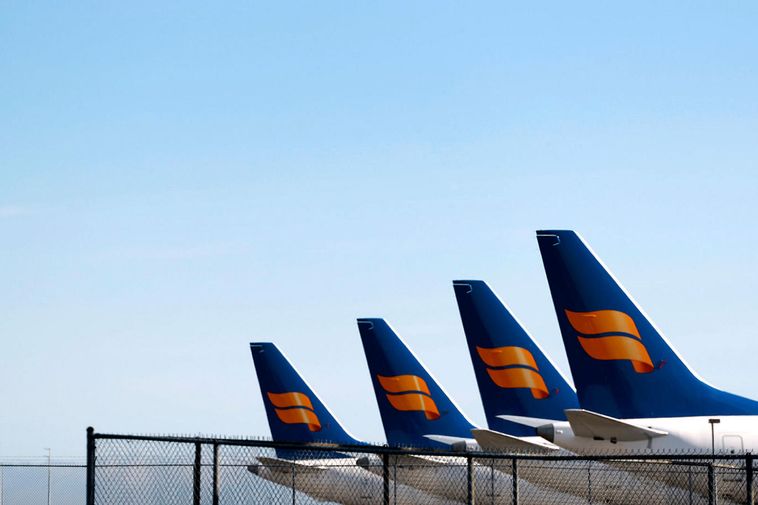 It would be a positive development if new airlines stepped in and started offering transport for passengers, opines Jóhannes Þór Skúlason, CEO of the Icelandic Travel Industry Association, Morgunblaðið reports. “I believe it could be a great addition to the present market,” but he adds that they would not replace Icelandair.

He is referring to the airlines Bluebird Nordic and Play. The business section of Morgunblaðið reported Wednesday that Bluebird Nordic, a cargo airline based in Reykjavík, is willing to assist with passenger transport to Iceland, should Icelandair go bankrupt.

“We have a quick and safe access to aircraft, if needed,” Bluebird Nordic board chairman Sigurður Örn Ágústsson stated on Wednesday. “We’re not going to compete with Icelandair, but we could possibly assist temporarily with keeping passenger transport going.” Bluebird Nordic is owned by Avia Solutions Group – the largest aviation-related service company in Central and Eastern Europe.

In addition, officials at Play – a new Icelandic airline which hasn’t yet begun scheduled flights – have been quoted as saying that if needed, the airline could have one or two aircraft ready for take-off on short notice.

Jóhannes states that these two airlines would not replace Icelandair, although they could maintain air transport to and from the country temporarily. Building an airline as strong as Icelandair takes many years, he addds, referring to it as the travel industry’s most important company.

“Last year, Icealndair transported 60-70 percent of all tourists who visited Iceland. When WOW Air went bankrupt, the company’s [i.e. Icelandair’s] strenght was evident,” Jóhannes states. “They took advantage of their flexibility, enabling them to transport more tourists to Iceland.”

Jóhannes does not believe Icelandair should market itself as a low-cost airline. That would not be in line with the long-term plans of the Icelandic travel industry:

“Looking ahead, we’re constantly trying to increase the value of each tourist. We must not focus too much on the number of tourists. Therefore, it is important to increase the weight of airlines that bring us great value.”

Jóhannes is convinced that once the COVID-19 pandemic is behind us, numerous airlines will want to fly here.

“Low-cost airlines will always be interested in flying here,” he states. “It is, however, important to have a mix of them and airlines that bring passengers of a different kind.”