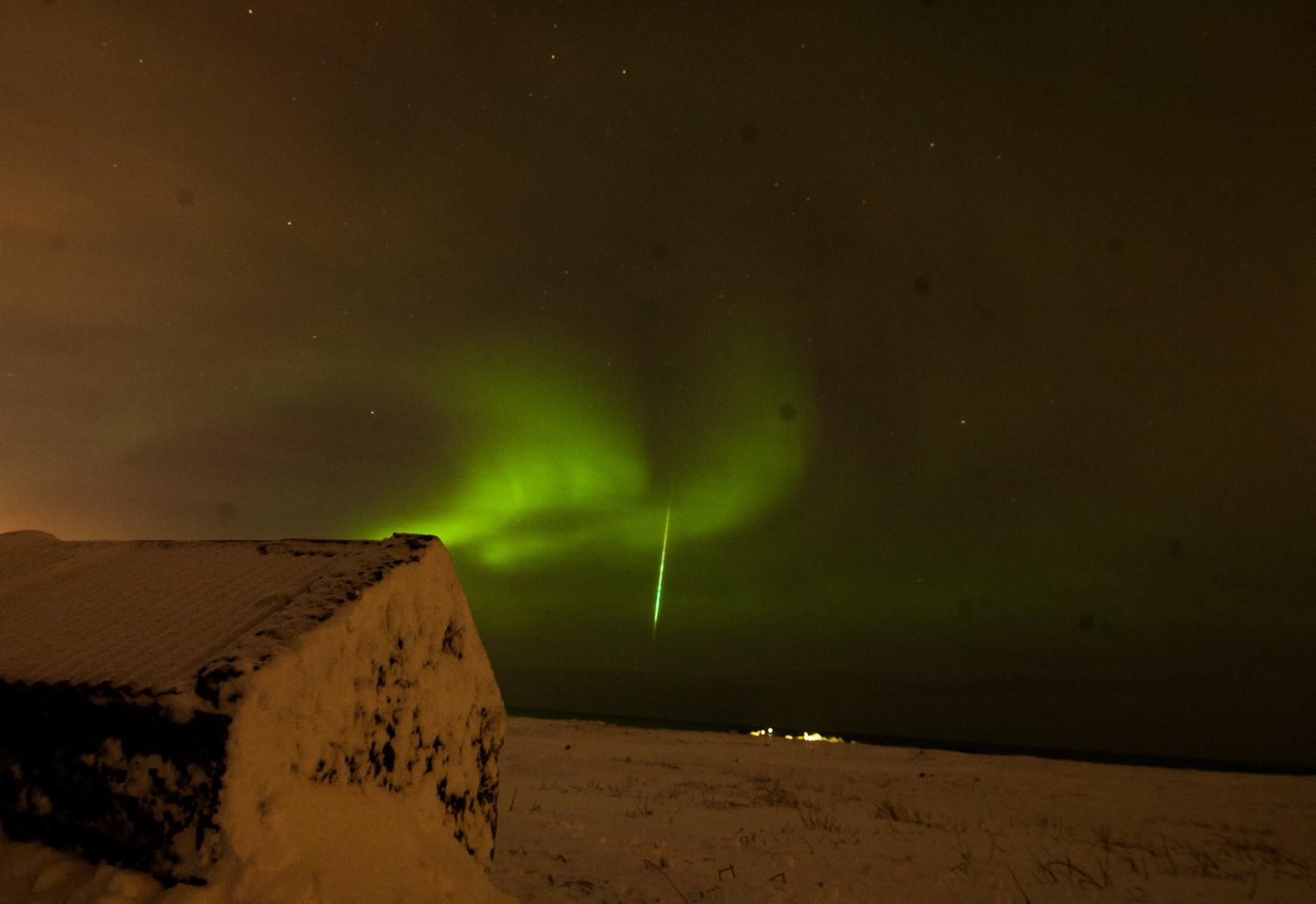 “I’ve seen many shooting stars, but none like this one,” Friðþjófur Johnson tells mbl.is . He was on Vatnsleysuströnd on the Reykjanes peninsula, Southwest Iceland, when a bright meteor illuminated the western sky, over the ocean, at about 10 pm, Saturday.

At first he thought this might have been a firework, but after examining the pictures, he realized that was not the case.

The second picture was taken 10 seconds after the first one, giving you a clear view of the meteor’s path. 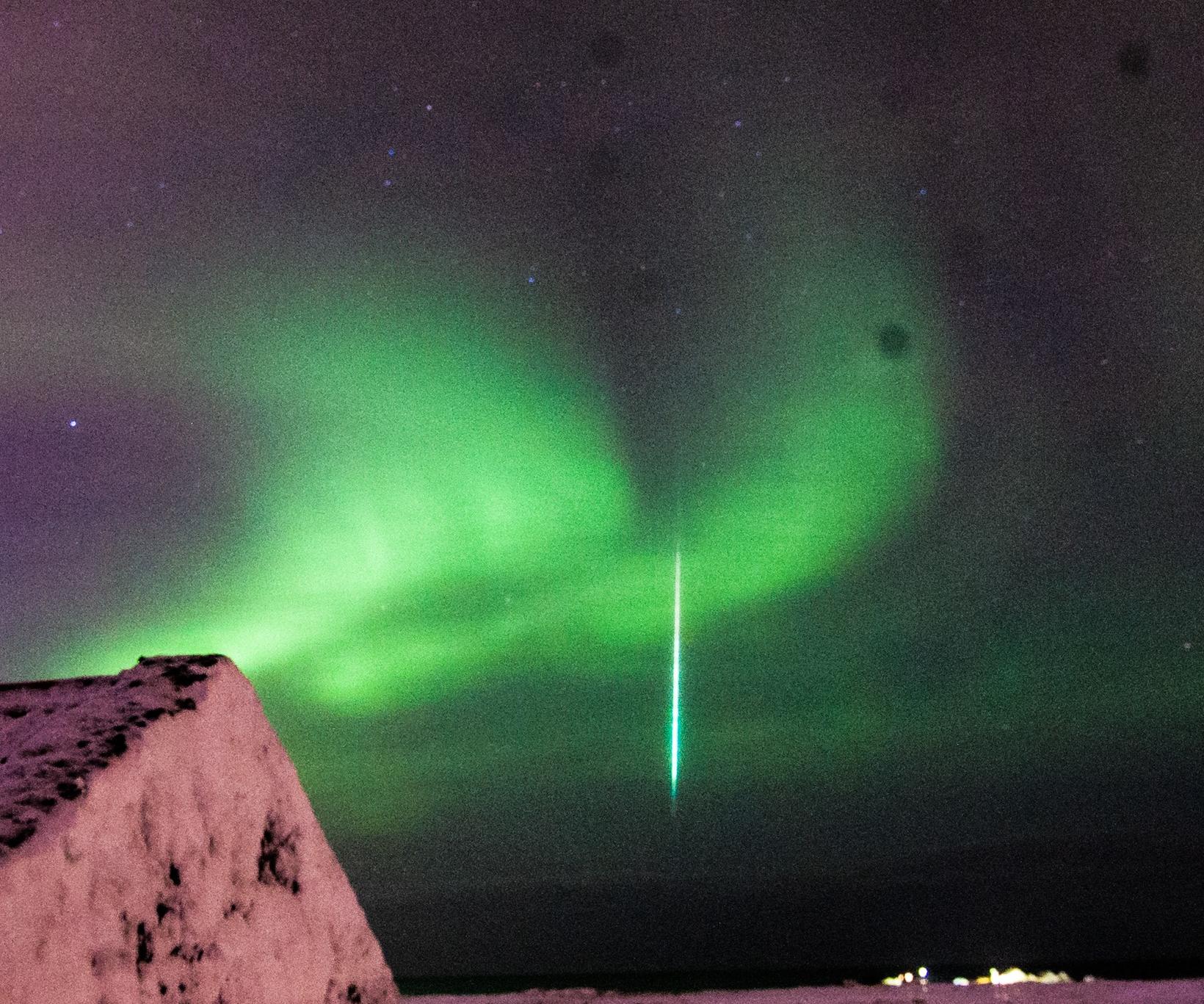 This picture, taken 10 seconds after the first one, has been processed to reveal the true color of the meteor's path. Photo/Friðþjófur Johnson

“The glow was very large, green and white. In the first photo, it appears to be the color of the northern lights – something I corrected in the second photo.” He states that after processing the picture, the color of the meteor’s path is much closer to how it appeared to the naked eye.

Þorsteinn Sæmundsson, astronomer, tells mbl.is that the likelihood of the meteor having reached the surface of the earth is next to none. He states it’s hard to guess its size, since its distance is unclear, but suggests it could have been just the size of a fist.