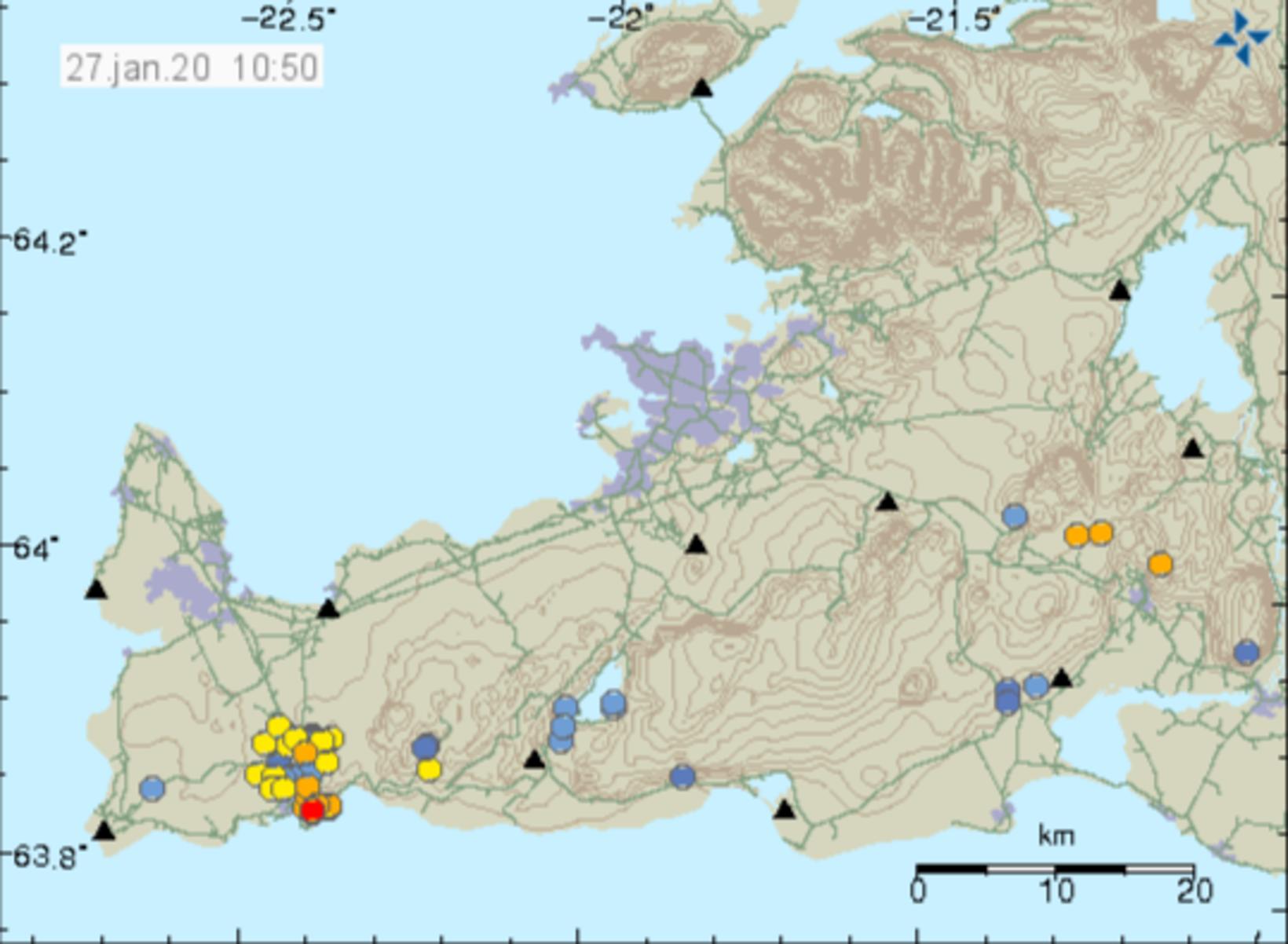 Seismic activity on Reykjanes. The dots show the location of the tremors. Map/The Icelandic Met Office

Due to an unusually rapid inflation of the earth’s surface, suggesting the possibility of magma accumulation west of Þorbjörn mountain, a phase of uncertainty has been declared on the Reykjanes peninsula in Southwest Iceland, and the Icelandic Met Office has enacted a yellow aviation color code for the area, mbl.is reports.

The area where the inflation is the greatest is at a 12-km (7.5-mi) distance from Keflavík International Airport. The yellow code does not affect international flight in any way. What it means is increased monitoring of a volcanic area and increased flow of information to aviation officials from the Icelandic Met Office and the Department of Civil Protection and Emergency Management. 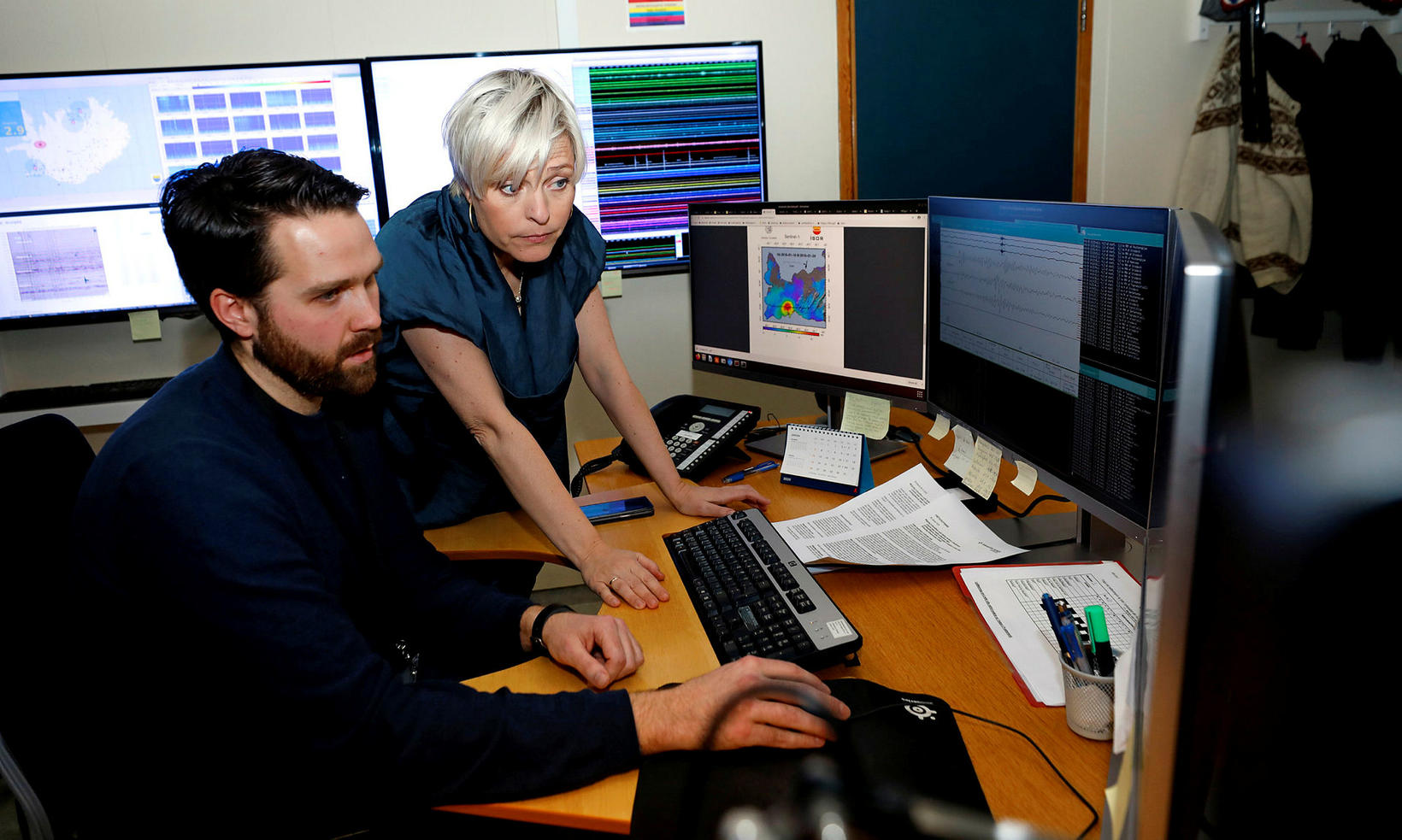 Since late last night, ten tremors have registered north of Grindavík, mbl.is reports. A town meeting is scheduled in Grindavík for today at 4 pm, where scientists from the Icelandic Met Office and the University of Iceland Institute of Earth Sciences will review the situation, along with representatives from the Department of Civil Protection and Emergency Management and the Suðurnes chief of police.

Monitoring of the area by the Icelandic Met Office has been increased, and more measuring devices will be installed to help assess the situation.

In case of a volcanic eruption, about 5,000 people would have to be evacuated: the residents of Grindavík, workers at Svartsengisvirkjun power plant and staff and tourists at the Blue Lagoon and elsewhere. According to Rögnvaldur Ólafsson, at the Department of Civil Protection, it is hard to say how much leeway there would be for evacuation – it could be anywhere from a few minutes to a few hours.

A few scenarios are possible. According to Rögnvaldur, magma accumulation will most likely either cease or continue for some time without a volcanic eruption.  The contingency plan, however, must prepare people for the worst.

The second scenario would be increased seismic activity in the area, due to magma accumulation, resulting in an earthquake of up to 6 in magnitude. An earthquake of that size would probably not cause much damage to buildings, but could affect water supply pipes and drain pipes, and falling objects could result in injury to people. 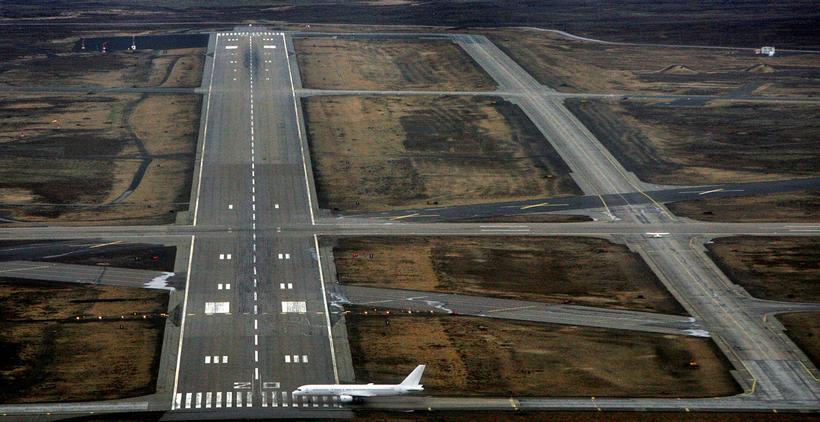 The third possible scenario is a volcanic eruption. It would be the first such in the area since the 13 th century. Few records exist about the consequences it had back then. Magnús Tumi Guðmundsson, professor ath the Institute of Earth Sciences, tells mbl.is that if an eruption occurs, it would be a small one with a lava flow, similar to past eruptions in Krafla, Northeast Iceland. For more information about Krafla eruptions, see here .

“Those are small to average size lava eruptions, much smaller than the Holuhraun eruption [in 2014].” The magma would find a channel below the surface, along kilometer-long fissures that lie to the northeast and southwest, according to Kristín Jónsdóttir, earthquake hazards coordinator at the Icelandic Met Office. Such an eruption could last anywhere from a few days to a few weeks, creating a lava field of 15-20 square km (5-8 square mi).

Greatest frequency of earthquakes in Katla since 2011