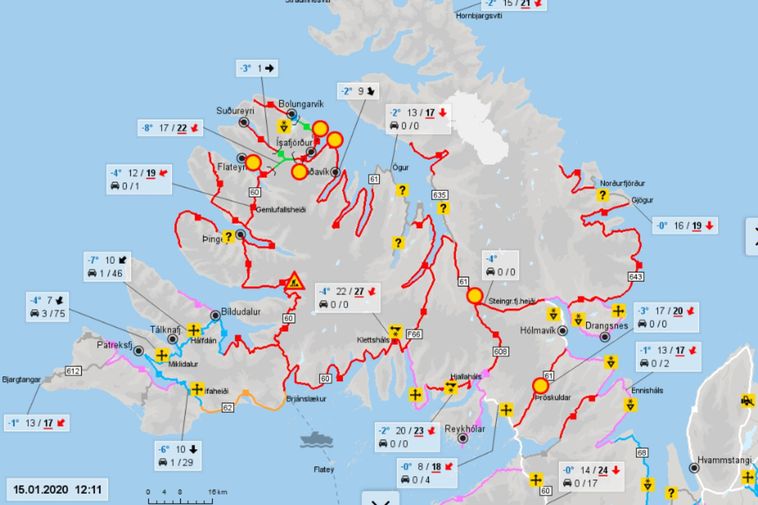 The West Fjords Police Department asks people in the West Fjords to respect road closures, mbl.is reports. Numerous roads have been closed in the West Fjords for several days, due to blizzard conditions and the risk of avalanches. Even roads in towns and villages have become tough to pass, due to heavy snow.

Municipal workers are working hard clearing roads, as much as weather allows. On road.is, you can see the latest information regarding road closures.

In Súðavík, the older part of the village is closed to traffic, due to avalanche risk. In Suðureyri, people are asked to stay away from the harbor area, due to the risk of tidal waves.

Rescue workers in the West Fjords have been busy assisting people in Flateyri, where two avalanches fell last night, and in Suðureyri, where a tidal wave, triggered by an avalanche, hit the village. Miraculously, no one was seriously injured, but property damage is extensive.

A folk high school is operated in Flateyri, where 27 students reside – many of them in small cabins. These cabins have now been evacuated, according to mbl.is. The students have been moved to the community building, where instruction takes place.