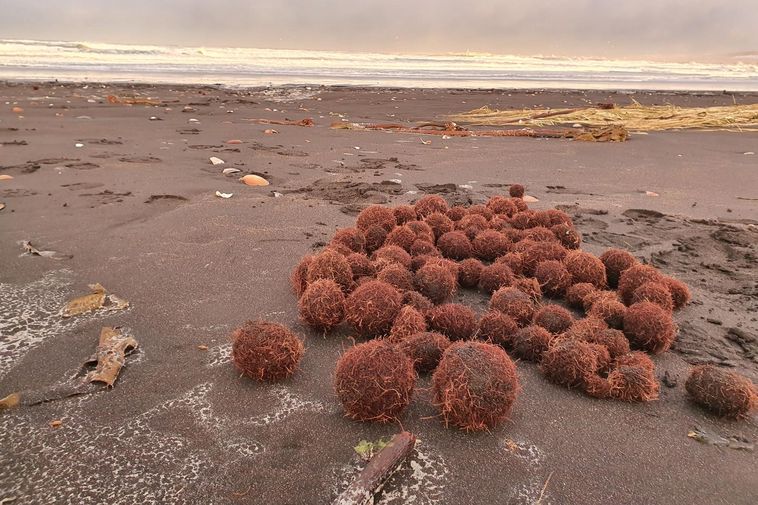 False lake balls are a rare phenomenon in Iceland, according to the Northeast Iceland Nature Research Centre. They form when dead  moss moves around in fresh water, due to wave movement in lakes or current in rivers. The moss bundles then take the shape of balls or, in some cases, the shape can be oblong or cylindrical.

Their diameter or length can vary from 20 mm to 195 mm. By the end of 2015, there were 17 reported instances of false lake balls having been discovered in Iceland, the first one from 1969. In one case, the balls detected were made of fresh moss.

Most often, false lake balls are found on river banks or lake shores, but they can be found on ocean beaches, carried there by rivers. The ones in Þistilfjörður were found near the mouth of Hafralónsá river.

For your information, here is an abstract of the article “Aquatic Moss Balls in Southern Finland,” by Hans Luther, which explains the nature of false lake balls in more detail.