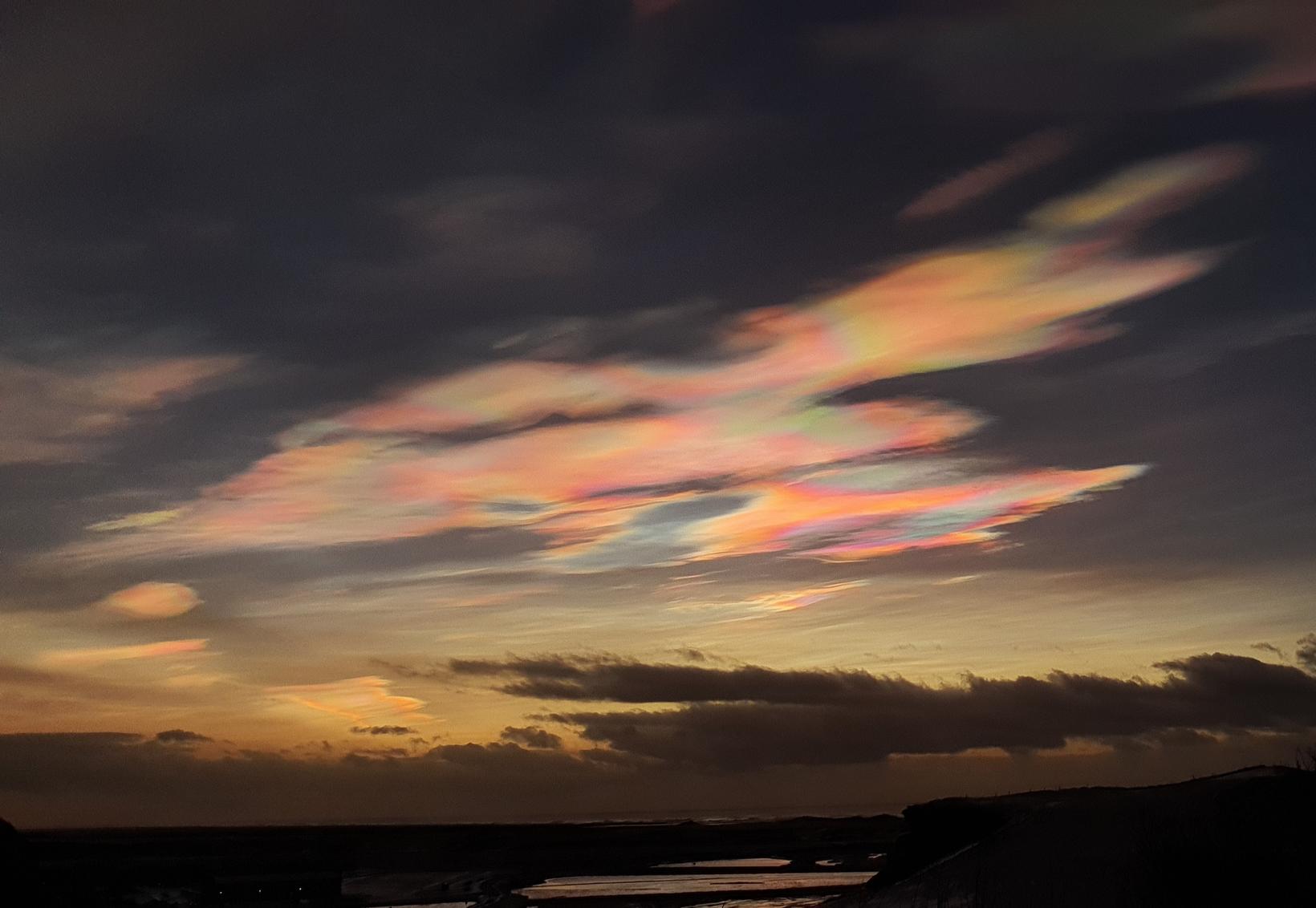 Spectacular iridescent clouds formed in the sky above South Iceland Friday morning. As the sun came up, the sky was filled with rainbow colors.

Mbl.is reporter Jónas Erlendsson took the photo above east of Vík í Mýrdal between the hours of 9 and 10 am Friday. He states these are the strongest-colored iridescent clouds he has ever seen.

Another photo, sent to mbl.is , was taken in Hornafjörður, Southeast Iceland the same morning. It appears Nature took out her palette and brushes to create the most beautiful sight. 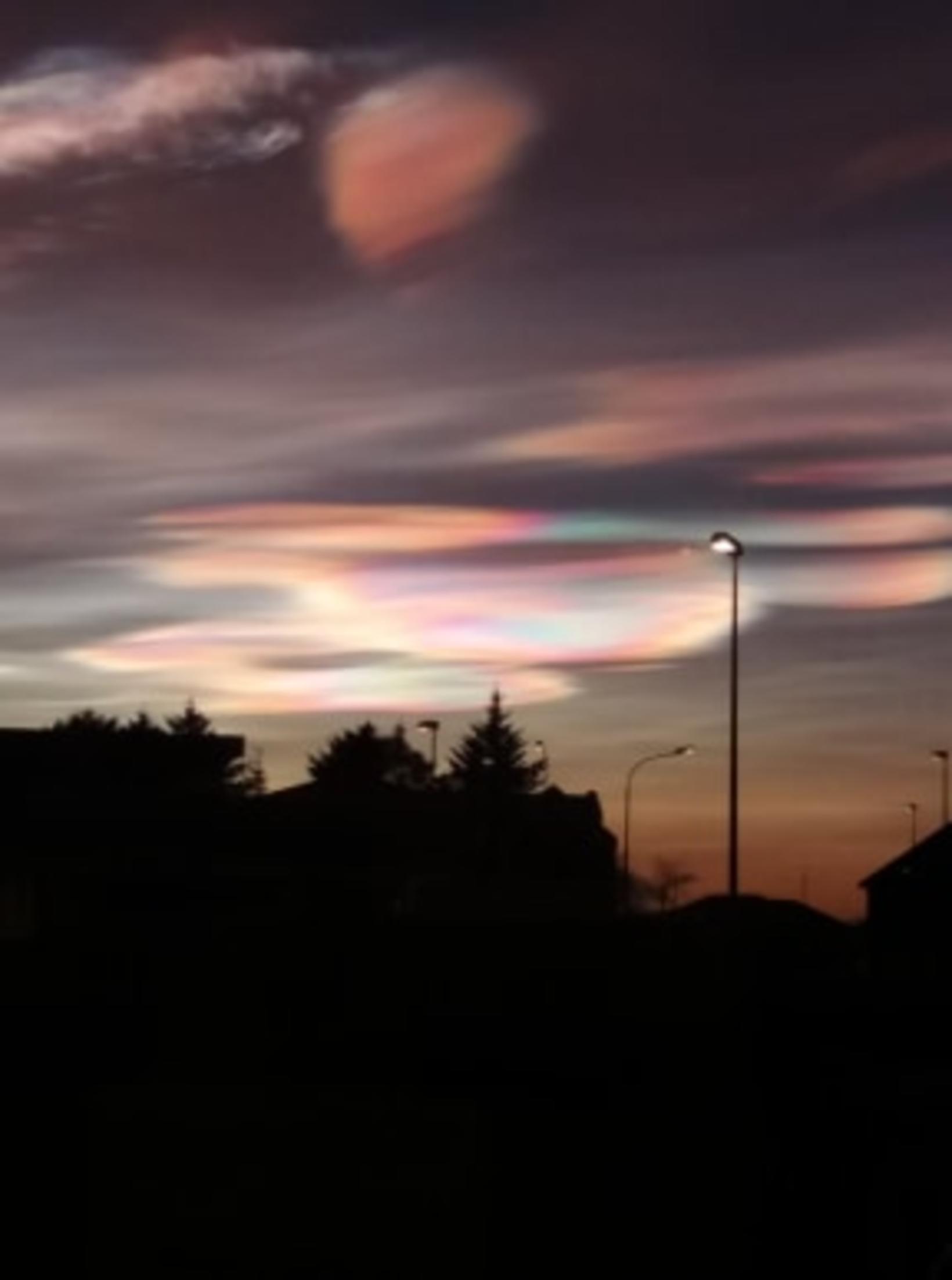 According to vedur.is , iridescent clouds form in the stratosphere, at an elevation of 15-30 km. They are most common in mid-winter, at dusk or dawn.

They form when conditions are unusually cold in the stratosphere and are made of small ice crystals or small water droplets.

They are caused by light diffraction—the slight bending of light as it passes by the edge of an object. Sunlight passing through the cloud is diffracted by small water droplets or small ice crystals in the cloud.

According to the book Weather, by William J. Burroughs, the brightness of the colors increases with the number of droplets in the cloud and the uniformity of their size. Uniformly small droplets produce the best visual effect, which is why newly formed altostratus or altocumulus clouds provide the best conditions for iridescence.

Iridescent clouds can form in any part of the world, but most commonly appear in winter over mountains.