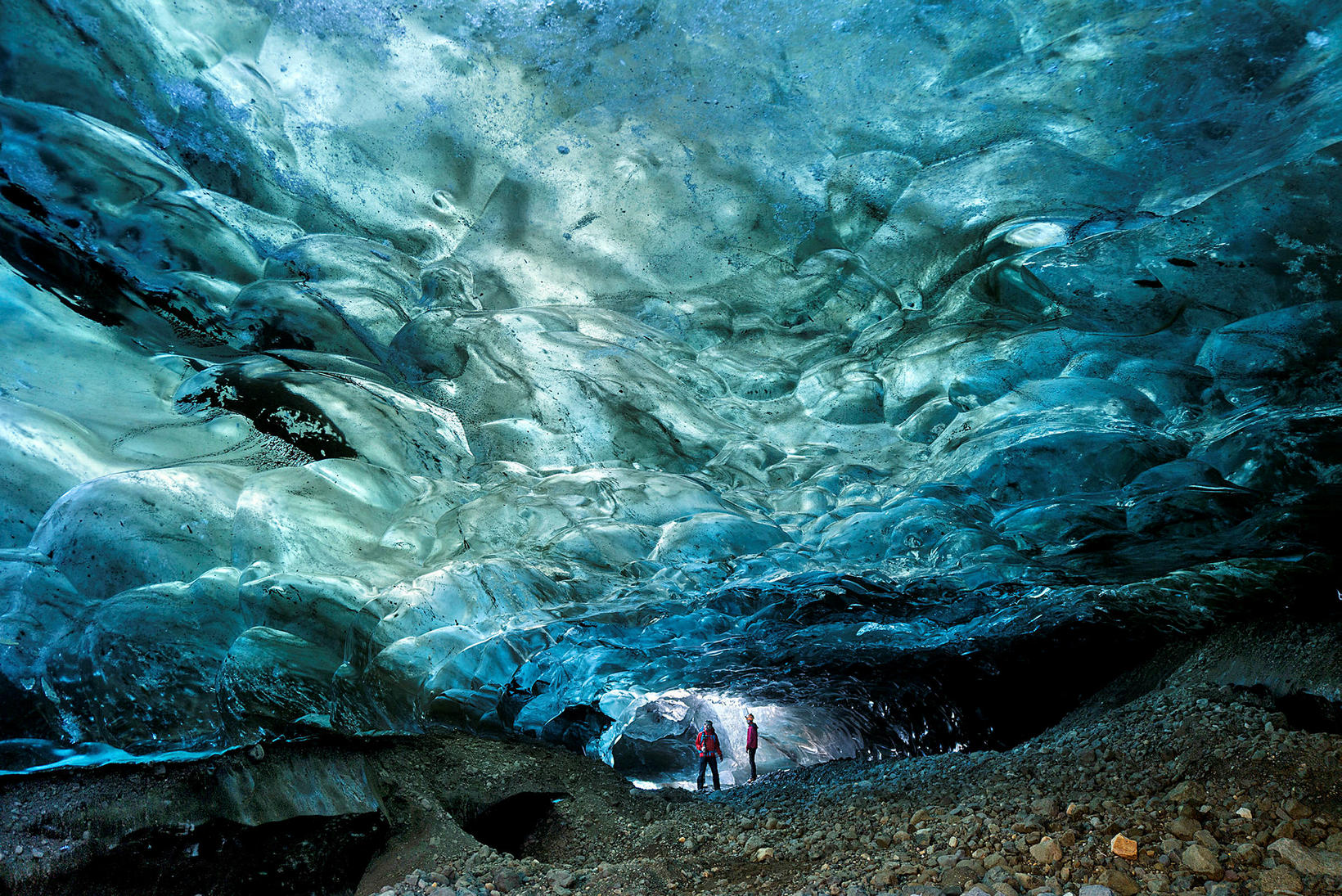 On a cloudy day, the blue color dominates. mbl.is/RAX

“There are mainly three caves we can enter,” mountain guide Einar Rúnar Sigurðsson, who discovered the caves, tells Morgunblaðið .  The airline Atlantsflug offers organized helicopter tours to the glacier. “They are a short distance from the landing place,” Einar adds. “In the largest one, there is a beautiful, blue hue. We had an incredibly beautiful experience there [last] week, a beautiful sunrise and a colorful show inside the cave.” 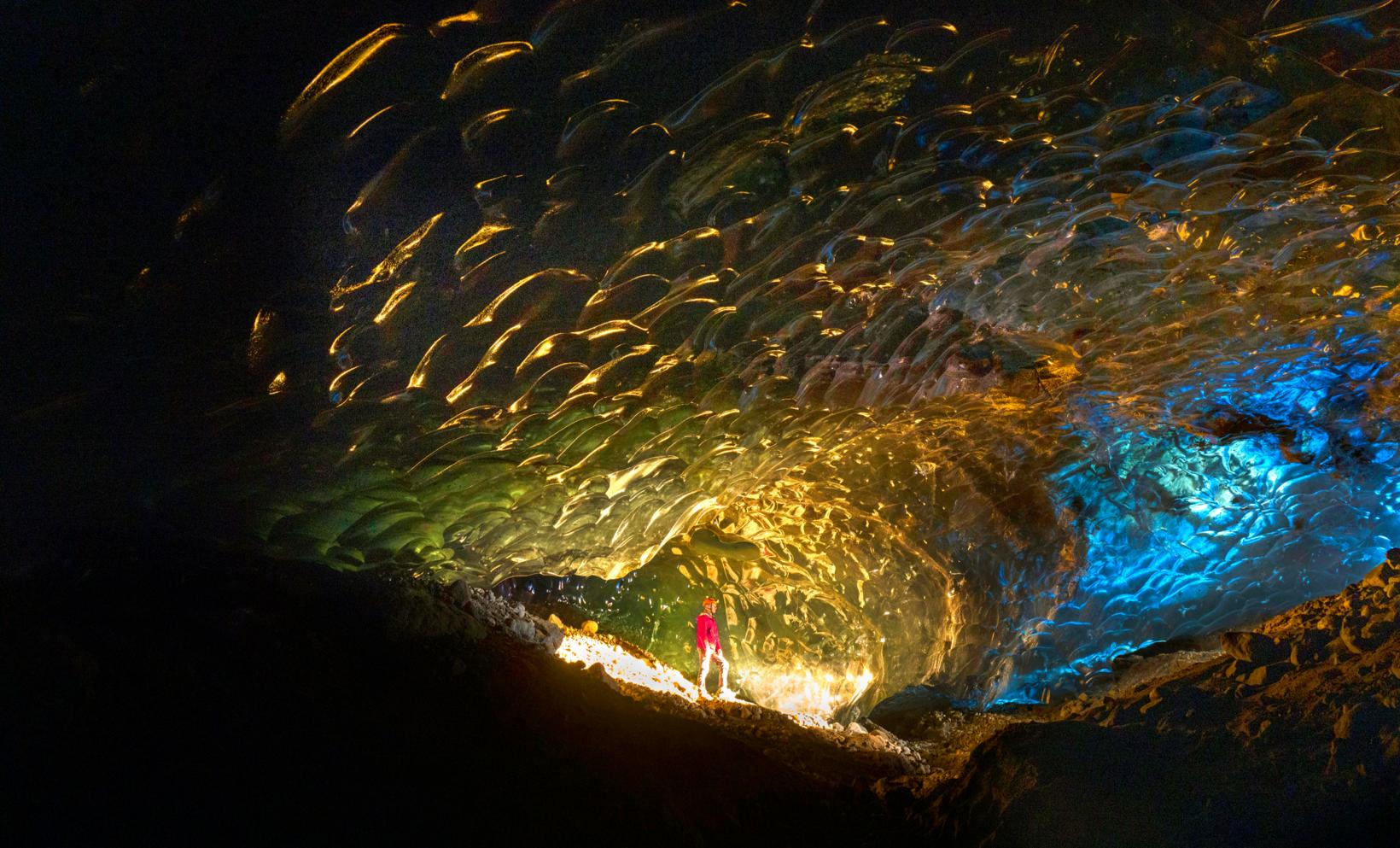 From one of the ice caves in Skeiðarárjökull glacier. Morgunblaðið/RAX

The helicopter flights are organized in cooperation with Einar’s company and other companies in the travel service industry.

Einar was among the first to start offering guided tours in ice caves in Iceland. Since he first began offering such tours less than a decade ago, demand has increased fast. Numerous companies now offer such tours to thousands of foreign tourists every year. As a result, long lines generally form in front of the most accessible ice caves.

The newly discovered ice caves are located 13-15 km from Skaftafell, and they are hard to access on foot. Therefore, Atlantsflug decided to offer helicopter tours from Skaftafell air strip. The company operates two helicopters and is expecting the third one.

The tours are designed for few passengers at a time. These are tourists or photographers who want to escape the crowds.