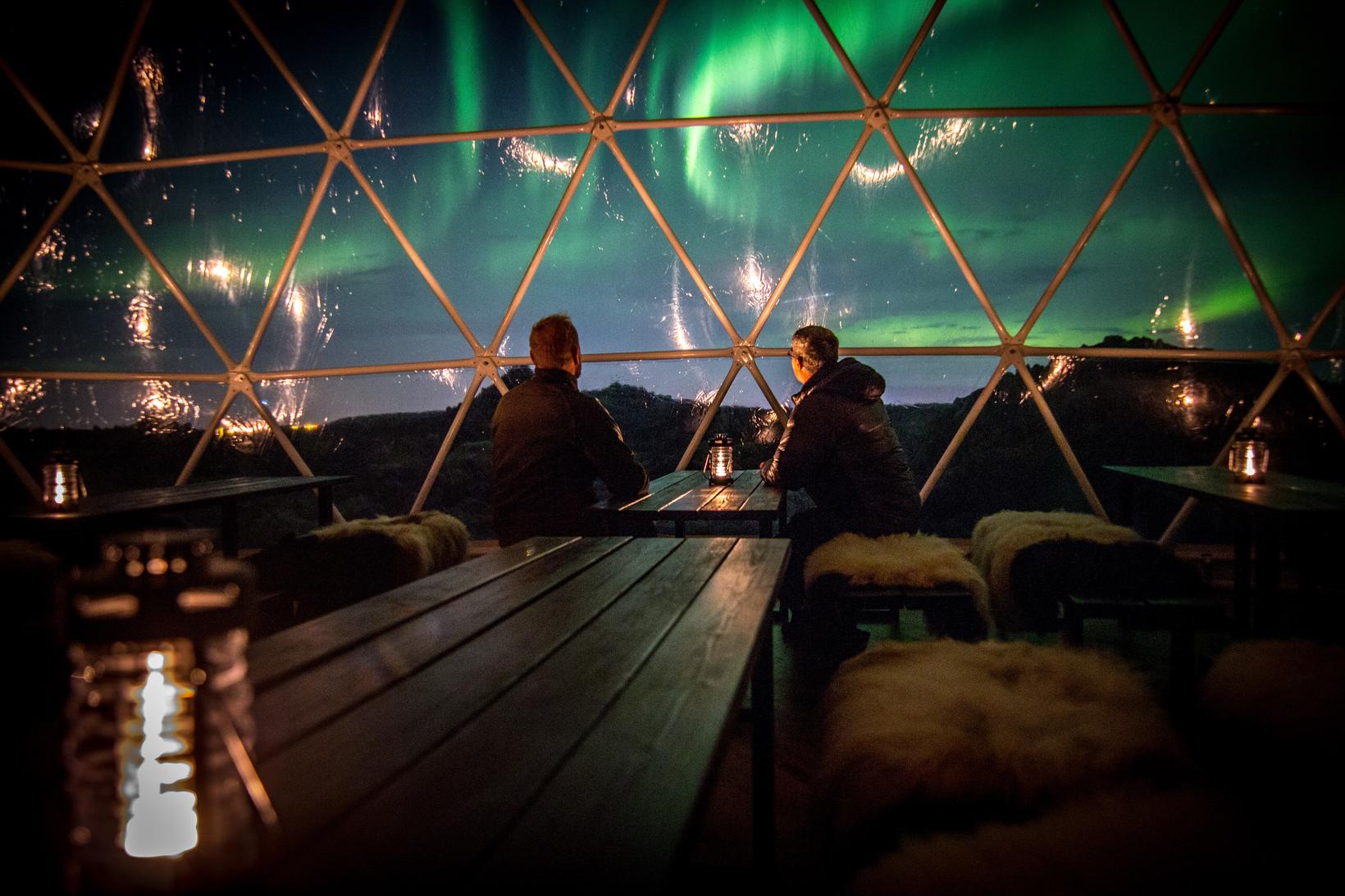 From Aurora Basecamp last weekend, when the northern lights made an appearance. Photo/Eric Wolf

Aurora Basecamp, a new northern lights center, housed in three igloos in a lava field, opened this week on the outskirts of the town of Hafnarfjörður, south of Reykjavík, mbl.is reports. It is located near the intersection of Krísuvíkurvegur and Bláfjallavegur roads. The project is organized by the travel service company Basecamp Iceland.

“To begin with, we’ll be open from 6 pm till midnight,” Kormákur Hermannsson, one of the people behind the project explains. 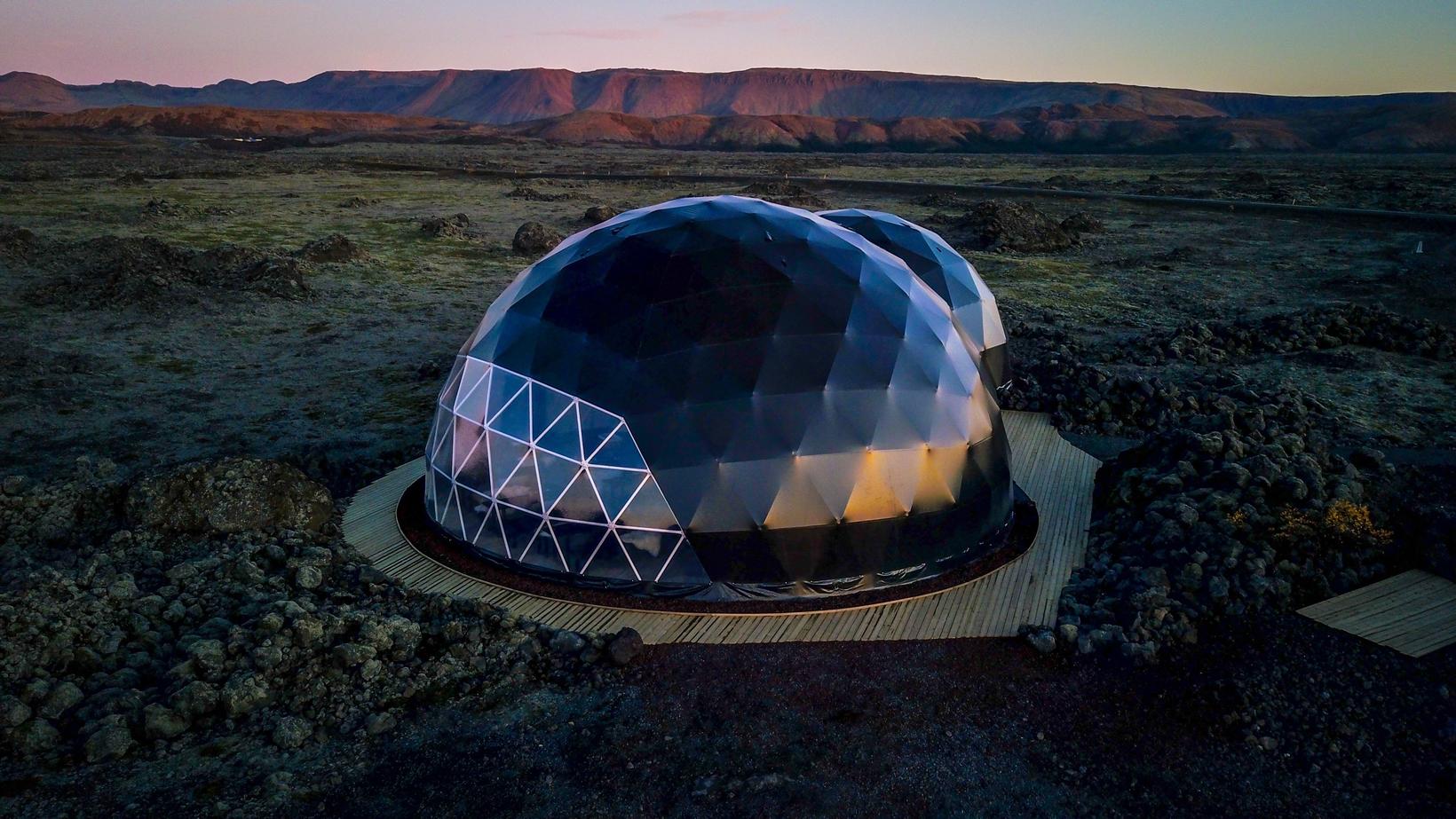 The center is housed in three igloos. Photo/Eric Wolf

The center is first and foremost designed to guide people who are chasing the northern lights, regardless of whether they are traveling on their own or in a guided group.

Guests will be offered education about the northern lights and a chance to observe a miniature version of them indoors, created in special glass tubes, measuring 10x160 cm, which the company has been developing in recent years. These are six glass cylinders, manufactured in the US in cooperation with Basecamp Iceland, which has applied for a patent for the invention. 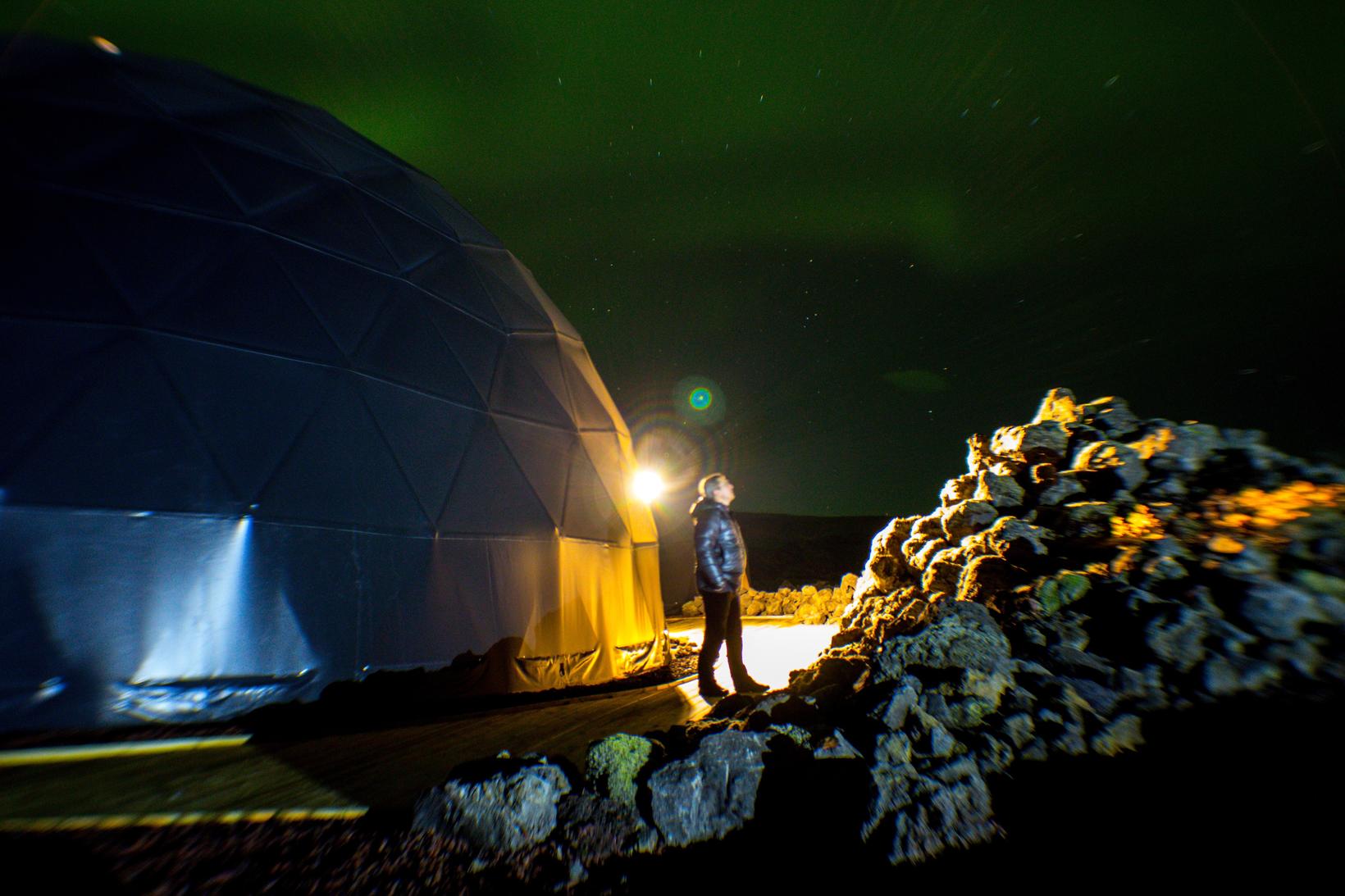 Information from satellites regarding solar winds is represented in plasma lamps, designed to simulate conditions 100 km above the earth.

The area is far enough away from town not to be affected by light pollution. The center offers travelers a shelter from the cold and access to restrooms.

The idea for the center was borne two years ago, when tourists increasingly began chasing the northern lights on their own, in rental cars.

Before planning a trip to the Aurora Basecamp, please check the opening hours on their website at aurorabasecamp.is . Due to inclement weather, the center will be closed tonight, October 4.

Reykjavik to switch off street lights for Northern Lights