Surtsey: Young and Attractive at 56 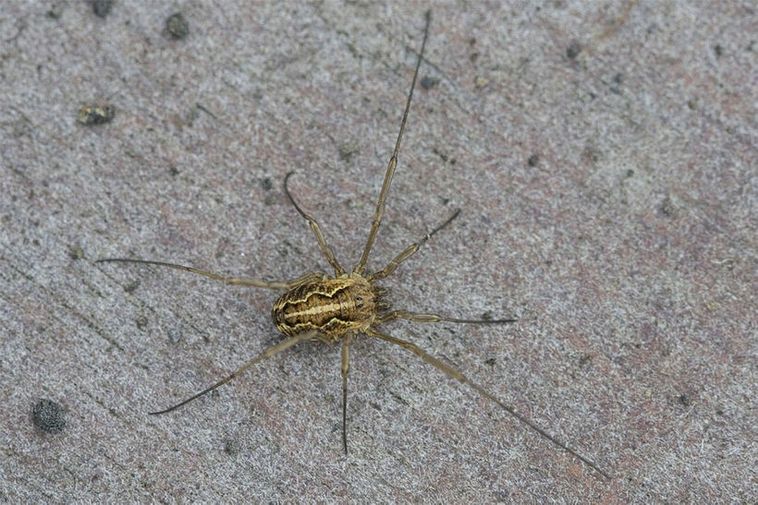 The scientists were surprised to find a harvestman this far from land. Photo/Erling Ólafsson
Vala Hafstað
vala@mbl.is

At the age of 56, Surtsey island is very young by geological standards and of great interest to scientists.  A visit to the island July 14-18 revealed that its flora is diverse and growing, as in recent years, the Icelandic Institute of Natural History reports. One new type of plant was discovered by scientists and two new species of insects.

The island is visited annually by biologists from the Icelandic Institute of Natural History, and every year, they notice how fields of grass have grown, dutifully fertilized by gulls, which have settled there. This year, the scientists were accompanied by a specialist from the Agricultural University of Iceland, two archaeologists and a park ranger from the Environment Agency of Iceland.

Surtsey, a World Heritage site since 2008, emerged from the ocean in a volcanic eruption off the south coast of Iceland in 1963. It has been the subject of research ever since, with access to it limited to scientists and those who obtain a special permission from the Environment Agency of Iceland, for which there are strict requirements. Every year, the island is visited by scientists, who carefully monitor its geological developments, fauna and flora.

During this recent visit, vascular plants were looked for and recorded. One new type of plant was discovered – the first time since 2015. This is Tussilago farfara, commonly known as coltsfoot. Wilted leaves indicated it had grown there last summer as well. It is believed to have been brought to the island by wind.

Birdlife on the island seems to be changing, with the great black-backed gull (Larus marinus) appearing to be chasing other types of gulls away.

Two new species of insects were discovered – a type of rove beetle (Lesteva longoelytrata) and a species of harvestman (Mitopus morio). The scientists were surprised to find the harvestman this far from land.

The visitors picked up trash from the beach and transported it to Vestmannaeyjar islands.

Scientists and Flying Assistants to Surtsey