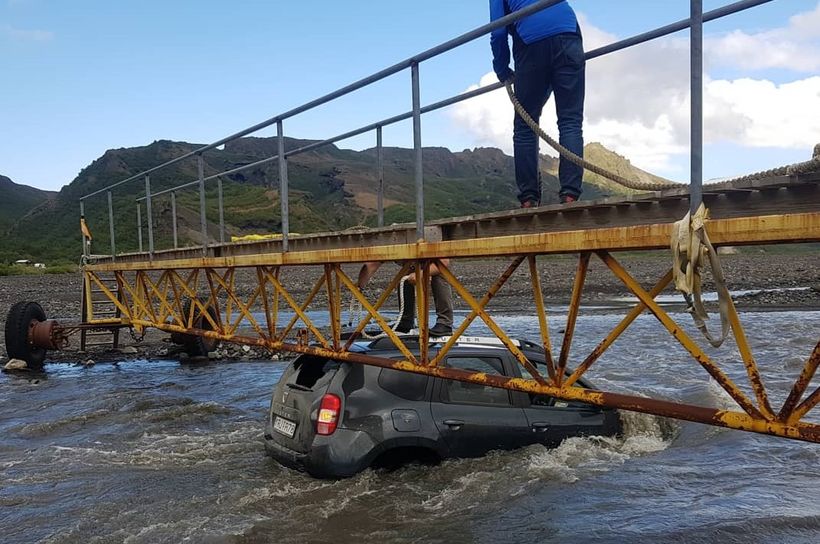 Preparing to pull the vehicle out of the river. Photo/Ágúst Jóhann Georgsson

A foreign couple, traveling in Þórsmörk, the Icelandic highlands, narrowly escaped when trying to cross the river Krossá in their vehicle. The river was much deeper than they had anticipated, Vísir reports, causing the vehicle to float down the river, until it landed on a pedestrian bridge.

From there, park rangers in Þórsmörk, along with rescue workers, who were in the area, and others, were able to pull the vehicle out. The couple escaped unhurt, but the vehicle was totaled.

You can watch a video of the vehicle being pulled out of the river here . 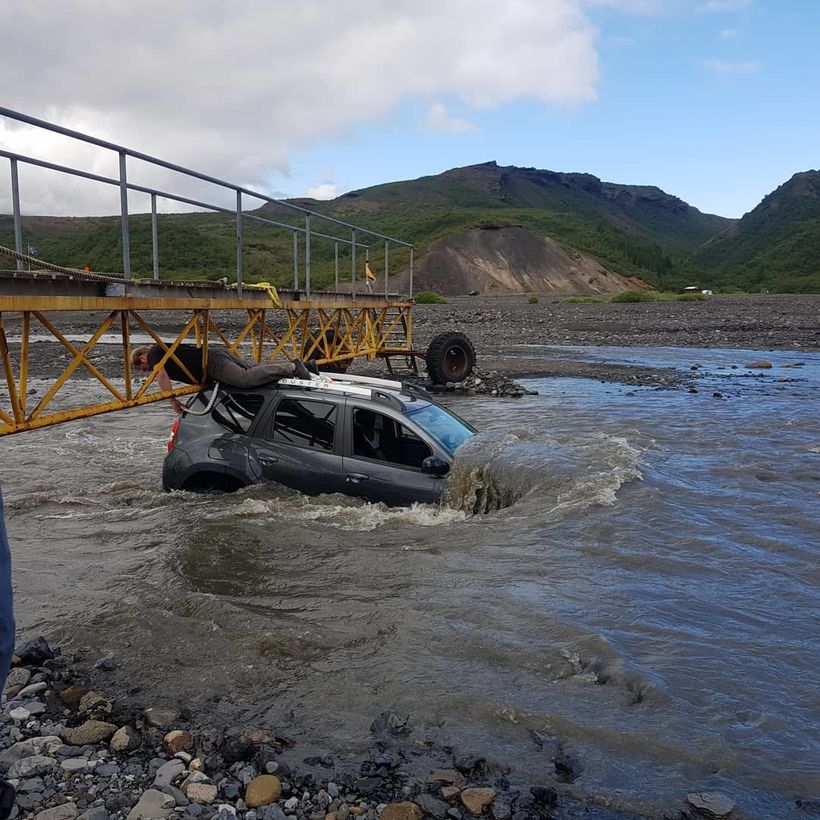 Getting ready to pull the vehicle out. Photo/Ágúst Jóhann Georgsson

It is not uncommon for travelers to run into trouble and getting their vehicles stuck when crossing the river, Ágúst Jóhann Georgsson, park ranger in Langidalur, tells mbl.is . He took part in pulling the vehicle, a Dacia Duster, out yesterday. He reports that the couple attempted to cross the river where it is the narrowest, but also the deepest.

“He crossed in the right place coming here,” Ágúst relates, “but when going back, he watched another vehicle pass there and judged it to be too deep, so he chose the shortest way.”