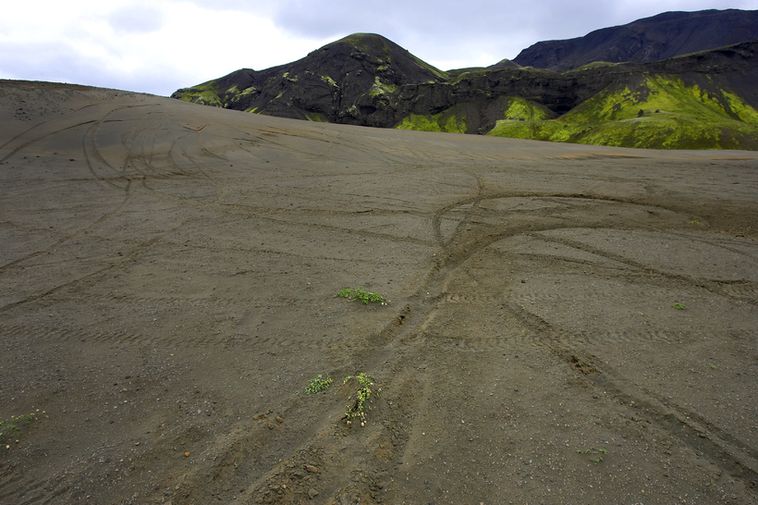 Last year, there were 141 registered cases of off-road driving on Road F208, in the central highlands of Iceland, where the violators could not be reached. The Environment Agency of Iceland filed charges in only ten cases on the same route in 2018, mbl.is reports.

Off-road driving is illegal in Iceland and violators can face fines in the hundreds of thousands of krónur (thousands of USD or EUR). For information on a recent case of major damage caused by off-road driving, see here. The Environment Agency is, according to the law, in charge of monitoring off-road driving and compiling data from police departments on violations.

“Numbers are in from police departments for 2018, except for South Iceland, where off-road driving likely happens most frequently,” Hákon Ásgeirsson , specialist at the Environment Agency, tells mbl.is.

A total of 62 charges were filed in 2018 at the police departments that already turned in data, but Hákon explains that in most instances, charges cannot be filed, since the identity of the perpetrators is not known. He points out that for example, park rangers in Landmannalaugar, in the highlands, discover new off-road tire marks almost daily.

The Fjallabak area, where Landmannalaugar is located, is the area that suffers most damage due to off-road driving. The Environment Agency now cooperates in that area with the Vatnajökull National Park. “We’ve set up a post at Hrauneyjar and we monitor the roads. That way, we can reach people before they enter the highlands. We hand them a leaflet, teaching people how to drive and what not to do, and communicate with them,” Hákon states.

The Environment Agency furthermore cooperates with car rentals, Icelandair and the ferry Norræna, by the distribution of leaflets with information, in addition to Safe Travel posting information on its screens all over the country. Here is a segment on driving in Iceland from safetravel.is.

Large road signs, alerting people that off-road driving is illegal, are installed by the Icelandic Road Administration. “Their numbers increase every year,” Hákon remarks. He adds that it’s hard to tell whether off-road driving is on the rise or whether increased awareness makes it appear that way.

The best education, he notes, is attained when the violator is required to repair the damage done, in cases where the damage is not major. “They’re given a rake [by the park rangers] and a chance to avoid charges.”