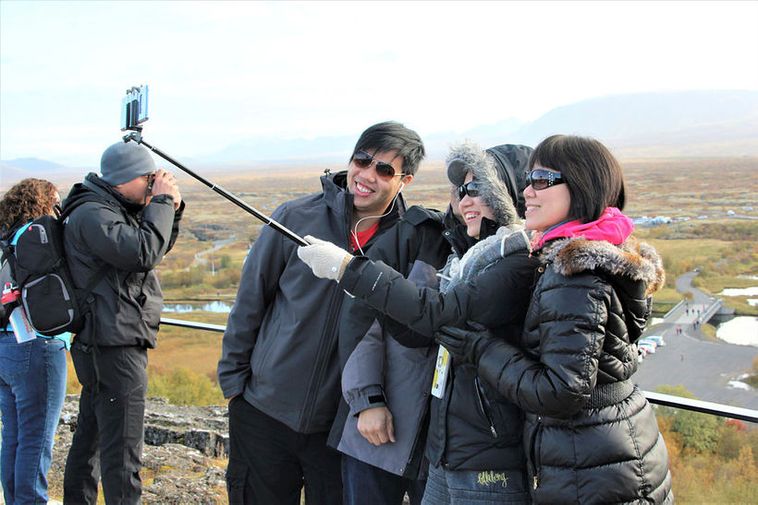 A video posted on YouTube Thursday, explaining the sudden boom in tourism in Iceland in the past decade, has received more than 400,000 views. The 15-minute video, posted by Wendover Productions, gives a brief overview of Iceland’s history from several decades ago until the present. It begins by describing Iceland 50 years ago as an afterthought, little known to the rest of the world, with limited finances and an economy dependent mostly on fisheries.

The video goes on to describe the economic reform of the 90s, the privatization of state-owned enterprise, followed by the deregulation of the financial industry, resulting in Iceland becoming a financial power until, that is, the banks collapsed in 2008.

Accessibility to the country was in place by Icelandair. By 2005, more than 2,000,000 passengers were flying through Keflavík International Airport, while only 370,000 of those visited Iceland. During the financial crisis, the value of the króna collapsed, making the country an affordable destination.

The financial crisis in Iceland made world headlines, as did the eruption of Eyjafjallajökull. Reporters flocked to Iceland to cover the eruption, shooting videos of Icelandic landscape to be broadcast around the world. Success of the Icelandic men’s national soccer team also played a role in putting Iceland in the spotlight.

As a result of those events, the video reports, Iceland became the tourism destination of the 2010s with double digit tourism growth, year after year, resulting in more than 2 million visitors arriving last year.

The video then describes the impact tourism has had on the country, both in terms of nature, the economy, immigration, employment, in addition to putting this into a global context. For example, it points out that 32 percent of those working in the tourism industry in Iceland are foreigners. (See related article here.)

The video discusses the dilemma Icelanders are faced by – that use of nature deteriorates nature: more tourist traffic requires more parking lots, roads and paths. Nature conservation becomes a big issue. Infrastructure hasn’t been able to keep up.

The bankruptcy of WOW Air this spring is discussed. While the Icelandic economy had been expected to grow by 1.8 percent this year, the forecast is now for a 0.4 shrinkage. Projected unemployment figures have also been revised from 3.1 to 3.9 percent for the year. On top of that, Iceland is now seeing a downward trend in the number of visitors to the country. In January, there was a 6.6 percent decrease in their numbers, compared to January the previous year, and comparable figures for April show a 26.4 percent decrease from last year.

The video doesn’t blame it all on the collapse of WOW Air, but suggests high prices and the country going out of fashion as part of the explanation. More importantly, it points out that the drop in tourist numbers isn’t entirely bad news, for it gives the country time to catch up with the tourism explosion, to seek ways to turn the tourism industry into a long-term, stable economic success.

You can watch the video here: