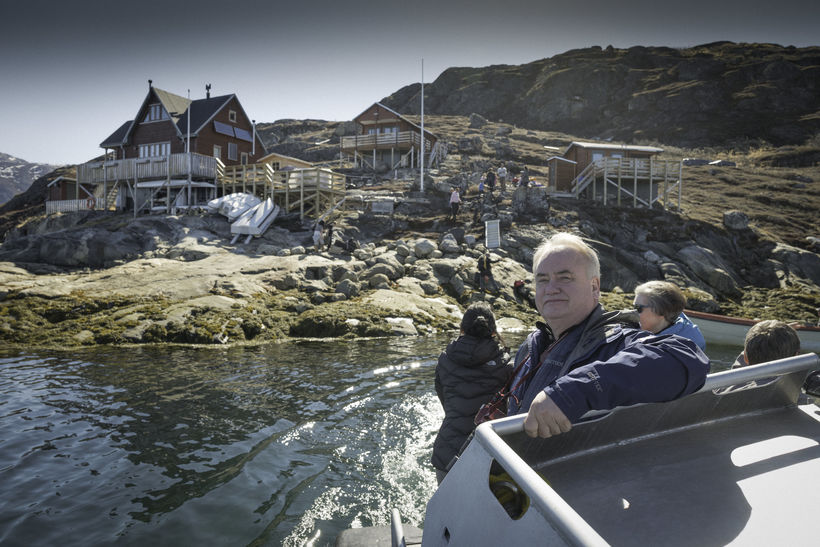 Professor Gísli Már Gíslason, along with other members of FÍ and those of the Travel Association of Greenland, visited the village of Kapissilit in Nuuk fjord. mbl.is/RAX

The Travel Association of Greenland was formally founded last week in Nuuk, the capital of Greenland, mbl.is reports. At the inaugural meeting, board members of FÍ, the Icelandic travel association, spoke and presented their Greenlandic associates with a guest book and a box for it, made of aluminum, both of which were then taken to a panoramic viewpoint on Kuanninnguit mountain, located in the vicinity. 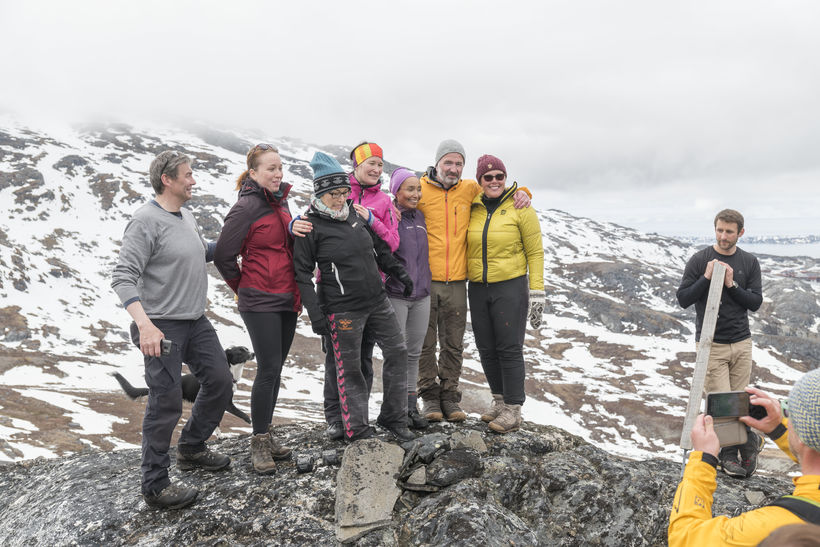 The board of the Travel Association of Greenland placed a box with a guest book near the top of the mountain. mbl.is/RAX

University of Iceland Limnology Professor Gísli Már Gíslason, PhD and FÍ board member, describes the reception in Greenland as exceeding all expectations, with 40 people of all ages attending the inaugural meeting. The people in Iceland, whose idea it was to found the Greenlandic association, sought the support of FÍ for the project, which now has been realized. 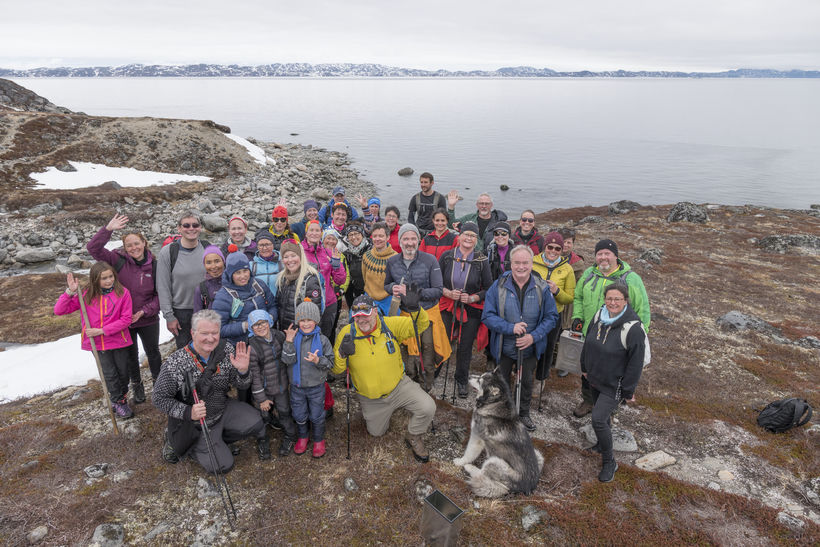 “It is my wish,” Gísli states, “that this cooperation will lead to increased communication between members of both associations, and that FÍ can participate in organizing hiking trips, beneficial for the health of association members, [in addition to participating in] the publication of books on certain areas, similar to the annual FÍ series on Iceland, and publications on hiking trails.” 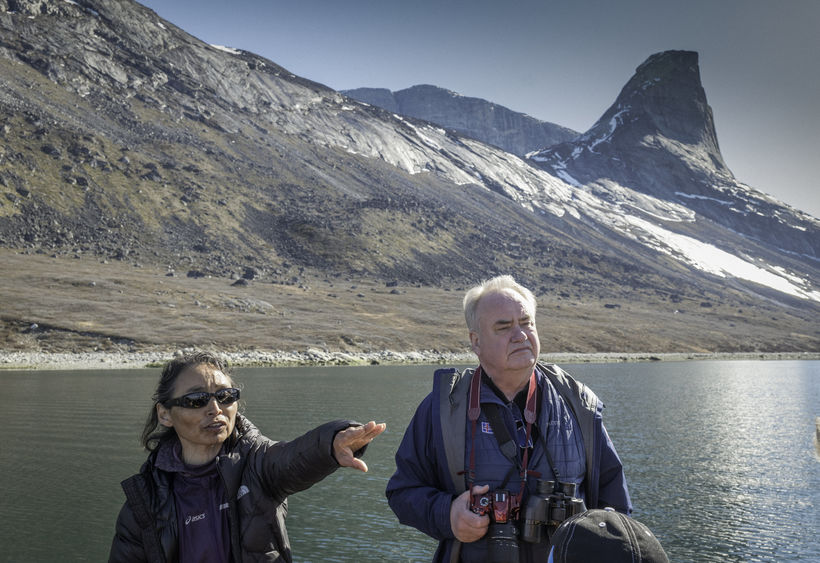 During the hike up the mountain, board members of the new association were elected, all of whom were enthusiastic about future projects. The Travel Association of Greenland has already planned its first hike, dubbed Gå væk kræft, or Go away, Cancer.