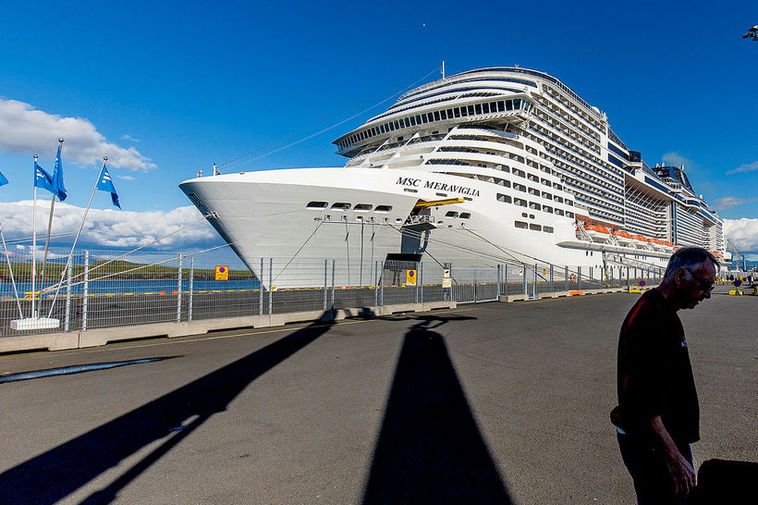 This year will be a record one in terms of cruise ship arrivals in Iceland, as well as passenger numbers, Morgunblaðið reports. All in all, 199 arrivals of a total of 85 cruise ships are scheduled in the Faxaflói bay area, that is, in Reykjavík and Akranes. This represents a 24 percent increase in arrivals from last year. The total number of passengers is expected to be 188,962 - an increase of roughly 23 percent from last year. The combined total number of crew members and passengers will be 272,119.

One cruise ship, Astoria, arrived in mid-March and made a one-day stop in Reykjavík, but the annual cruise ship season in Reykjavík begins for real today, May 9, when one of the larger cruise ships of the summer, Celebrity Reflection, arrives at Skarfabakki, Sundahöfn harbor at 1 pm. The vessel has a gross tonnage of 125,366 and capacity for 3,046 people.

The ships will then arrive, one after another, the last one on October 29. You can view their scheduled arrivals here. “It is safe to say that Iceland’s importance as a cruise ship destination is increasing, and that the country, along with its infrastructure, appears to meet expectations,” a statement on the website of Faxaflóahafnir Associated Icelandic Ports states.

Some ships make multiple stops, such as Ocean Diamond, which offers a cruise around the country and is scheduled to make 16 stops in Reykjavík this summer. The largest ship of the summer is expected September 28: MSC Meraviglia, with a gross tonnage of 149,215 and a length of 345 m (377 yd) - the longest ship ever to arrive in Iceland. It will have 2,620 passengers onboard.

Preparations have been underway for the arrival of the ships for quite some time. At the annual meeting of Faxaflóahafnir Associated Icelandic Ports, held recently, representatives of all businesses servicing the passengers and the ships were invited.