Area of Glaciers Decreases by 215 km2 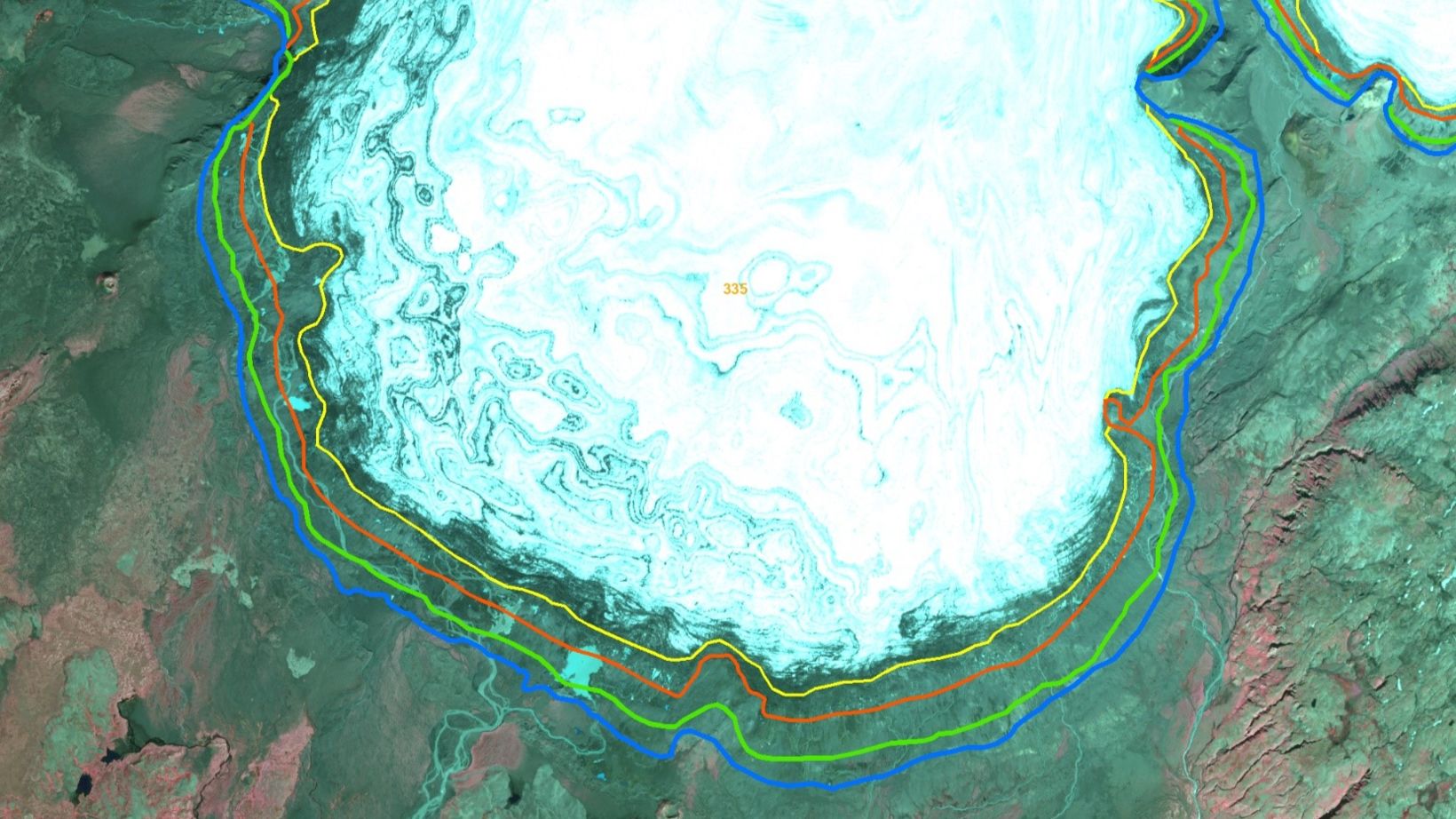 A map, showing how Síðujökull has retreated. The blue line shows its edge in 2000, the yellow one in 2018. Map/Landmælingar Íslands

The figure above shows how Síðujökull, a glacier tongue on the west side of Vatnajökull glacier, has gradually retreated. During those 18 years, it has retreated 1,200-1,300 m, or 70 m a year on average.

A similar development has taken place on Snæfellsjökull glacier, as we recently reported .

These figures are the result of the CORINE land cover project, the first detailed land use/land cover classification to be completed that includes the whole country. Thirty-nine European nations participate in this project.

Satellite pictures are used to map land forms, according to a certain categorization system. Changes in land forms are mapped every six years. The CORINE classification was first done in Iceland in 2000 and has since been updated three times: in 2006, 2012 and 2018.

According to the latest CORINE mapping, completed in 2018, the area of all land form changes in Iceland since 2012 encompassed about 770 km2.