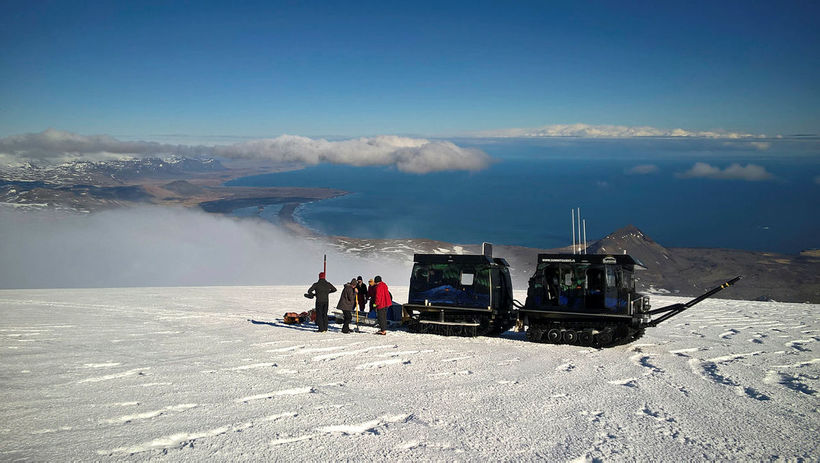 Scientists on top of Snæfellsjökull glacier on Monday. Photo/Jón Björnsson

“Due to climate warming, Snæfellsjökull glacier has been fast retreating for the past 25 years and will, if the trend continues, be mostly gone around the middle of this century,” predicts Þorsteinn Þorsteinsson, glaciologist at the Icelandic Met Office .

The glacier, visible from Reykjavík to the north, holds an important place in the country’s history, having inspired the imagination of writers, among them Halldór Laxness and Jules Verne. 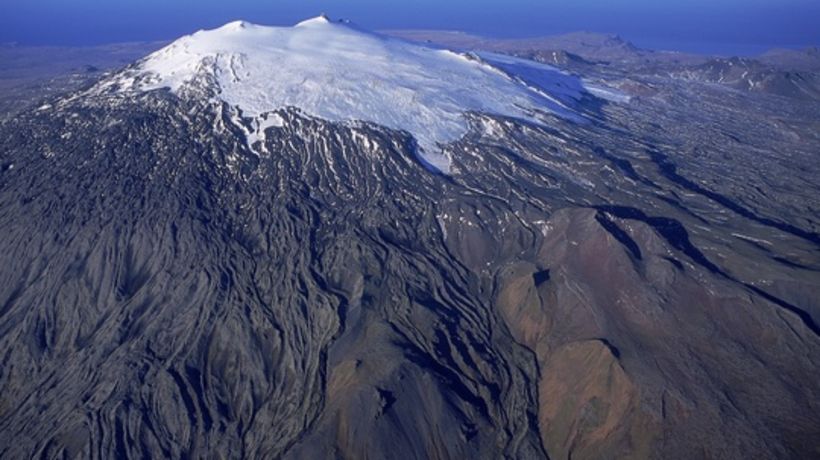 “We just completed our firs direct mass balance measurements of Snæfellsjökull glacier after the winter,” he tells Morgunblaðið . “Scientists have been monitoring that development roughly and the position of the glacier toe has been measured annually since 1931. The mass balance measurement, on the other hand, provides a direct assessment of the annual change in volume.”

On Monday, an expedition on the glacier took place where scientists measured its mass balance. Various samples were taken by drilling into the ice and measurements were made. Those showed that precipitation at the top of the glacier is up to three times what it is at a nearby weather station at sea level.

“We’d like to initiate cooperation with Snæfellsjökull National Park and with the locals in terms of mass balance measurements through drilling and yardsticks to make it possible to assess how much the glacier recedes annually in a warming climate,” Þorsteinn states. Such measurements, he adds, have been done for the country’s largest glaciers for two or three decades, but no such data has been obtained for Snæfellsjökull glacier. That, he notes, will now change.

You can read more about the glacier here .