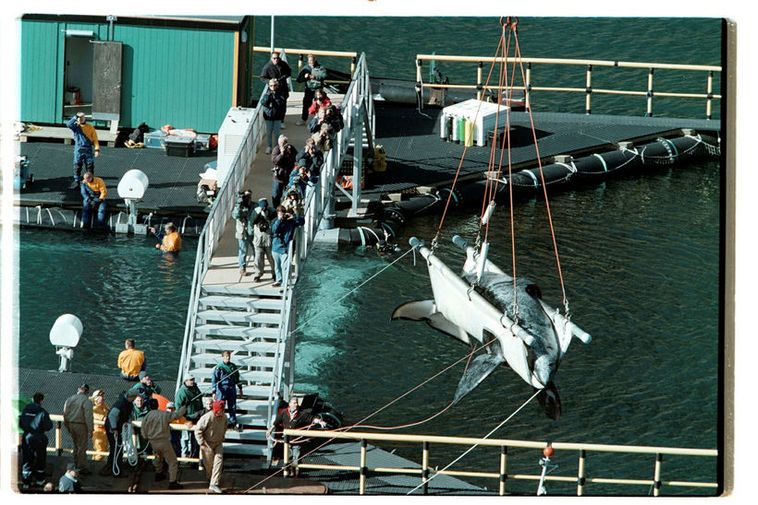 Keiko is the most famous whale to reside in the Westman Islands. He died one year after being released from captivity. mbl.is/RAX

Two beluga, or white, whales will soon be flown from Shanghai to a new whale sanctuary in Klettsvík in Iceland's Westman Islands. The whales will fly in March and construction of the sanctuary is going to plan.

Chinese media reported on the whale transfer this weekend.

The two white whales are called Little White and Little Grey and will be flown in from Shanghai to Keflavik Internatonal Airport. The third whale, Jun Jun, had also been scheduled to come to Iceland but died at the Shanghai whale centre last year.

According to Mayor of the Westman Islands, Elliði Vignisson, this wildlife conservation project could be very productive for the islands creating new jobs and increased tourism.

This is the first such a sanctuary of its kind to open in the world, offering the whales some 32.000 square metres to swim in. This means that the animals can live in nature with assistance from man, as they are not able to fend entirely for themselves after living in an aqua park for their entire life.