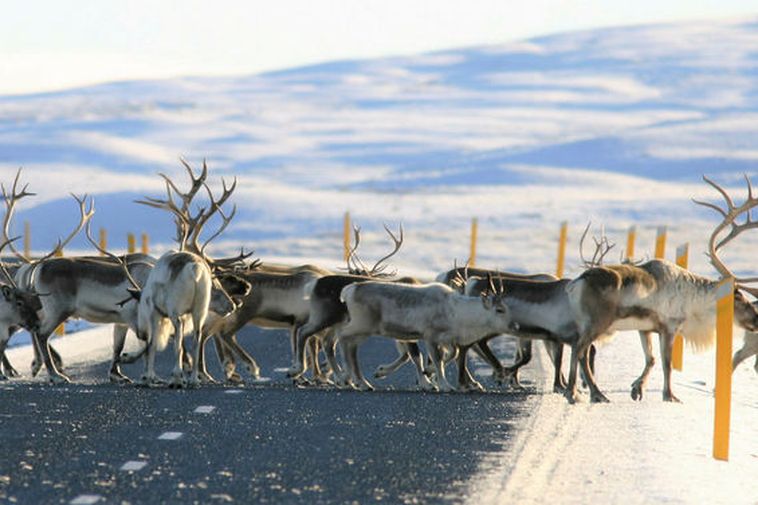 Reindeer descending onto roads in the lowlands can create a traffic hazard. Photo/Skarphéðinn G. Þórisson

A very large group of reindeer were spotted by the road at Háreksstaðir in North East Iceland yesterday and the Iceland Road Administration has sent out a notification to drivers to take great care when driving in these parts.

Reindeer were introduced to Iceland from Norway late in the 18th century originally for farming, but reindeer husbandry the Scandinavian style did not tempt the Icelanders, and the animals were never domesticated. Today the wild reindeer live only in East Iceland, mostly at higher elevations in summer but seek lower grassland, closer to the coast in winter.