“Something is going on,” Edda Elísabet Magnúsdóttir, cetologist and adjuct in biology at the University of Iceland, tells mbl.is when asked about the unusual sightings of pilot and bottlenose whales around Iceland this summer. She reports that scientists are completely puzzled.

Pilot and bottlenose whales have been sighted frequently this summer in places where these species were previously rarely seen. Two days in a row last week, a pod of pilot whales got trapped in Kolgrafarfjörður fjord on the Snæfellsnes peninsula and was chased out to sea by rescue workers. Another pod of pilot whales was subsequently seen by the harbor at Rif, Snæfellsnes. You can watch those in the video above. On Thursday, two bottlenose whales were found beached on Engey island, near Reykjavík, one of which it was possible to save.

Edda points to a few factors which might explain these unusual travels of the whales:

First, and most likely, is the explanation that the whales are chasing mackerel this close to the coast. That might be related to their having trouble finding their “normal food.”

“For example, the bottlenose that died on Engey island; we thought it had been after mackerel,” Edda adds.  “We dissected it and only found the remains of squid, but it had been a long time since it had eaten; it was clearly very hungry.”

Second, the whales’ behavior could be explained by their reaction to some environmental factors, such as loud noise makers of some sort. Edda mentions military exercises, oil exploration, and other sources of noise, which can travel far in the ocean and cause the whales discomfort. Whales are, for instance, known to avoid submarines, which emit loud sonar sounds. Those, Edda reports, can cause the whales inner ear injuries, which in turn can lead to disorientation.

Third, there are also examples of algae poisoning, but that’s an unlikely explanation in this case, Edda states. If that were the case, many more whales would have beached and died.

Most likely, Edda concludes, the explanation lies in the whales having trouble finding their regular food, and, therefore, swimming into shallower waters in search of food. 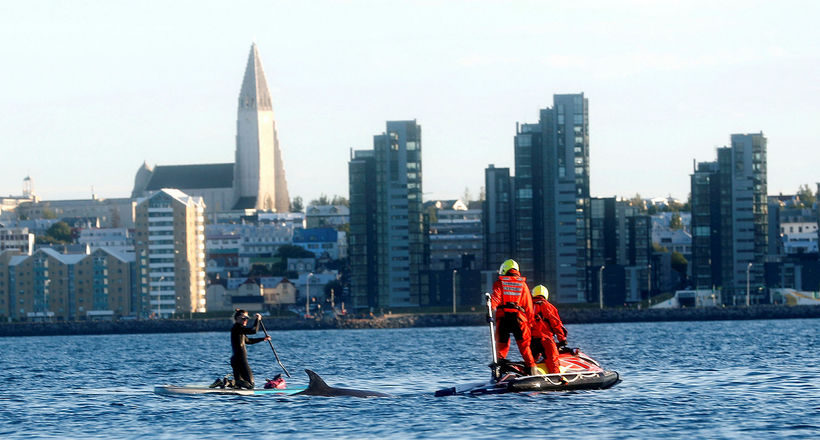 The bottlenose whale that was saved from the beach on Engey island last week. mbl.is/Eggert 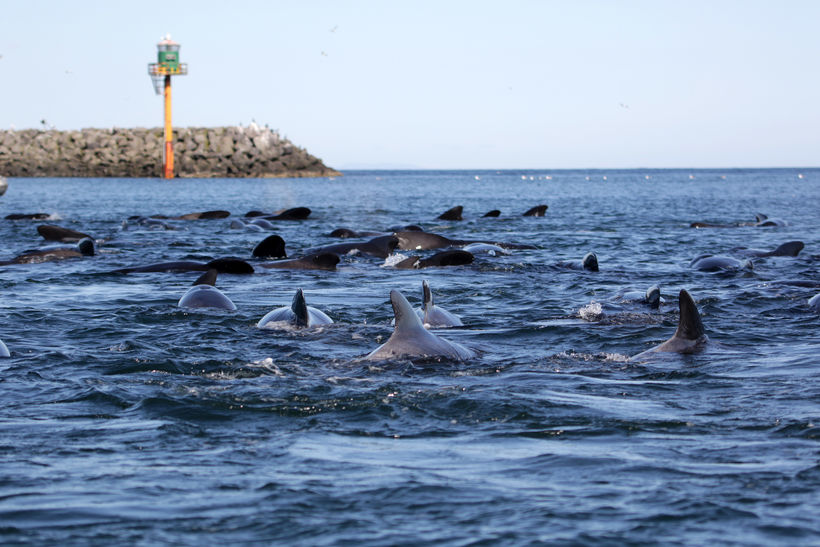 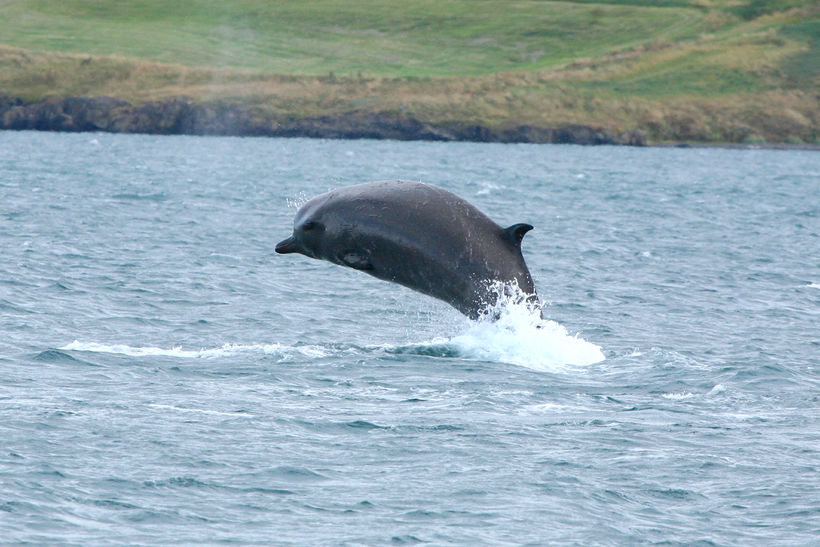