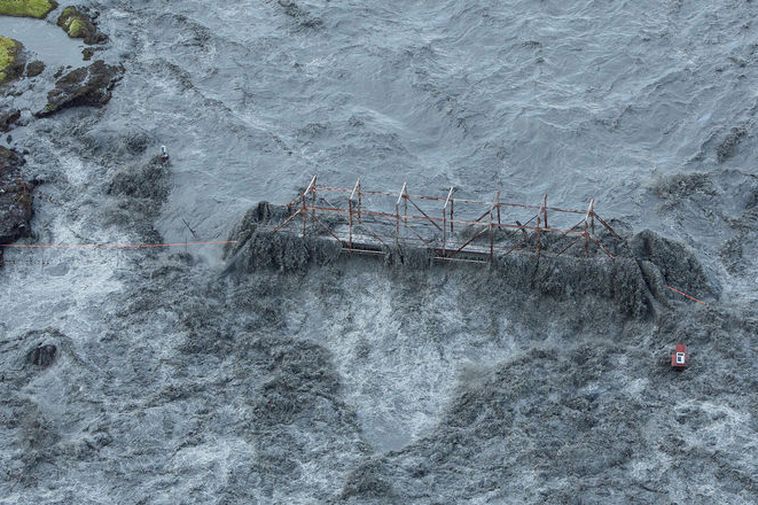 The glacial outburst flood in 2015 which caused a great deal of damage. mbl.is/RAX

The glacial outburst flood in the Skaftá river in South Iceland began earlier today. The state police department have declared an uncertainty phase.

The state of uncertainty is declared when something occurs that could in later stages be dangerous to the health and security of people, the environment or habitation.

The National Coastguard will fly scientists to check out the area later today and the area will be monitored carefully this weekend. SAR teams have been dispatched to get people away from the southern highlands.

People are urged to stay clear of the area and to respect closures.