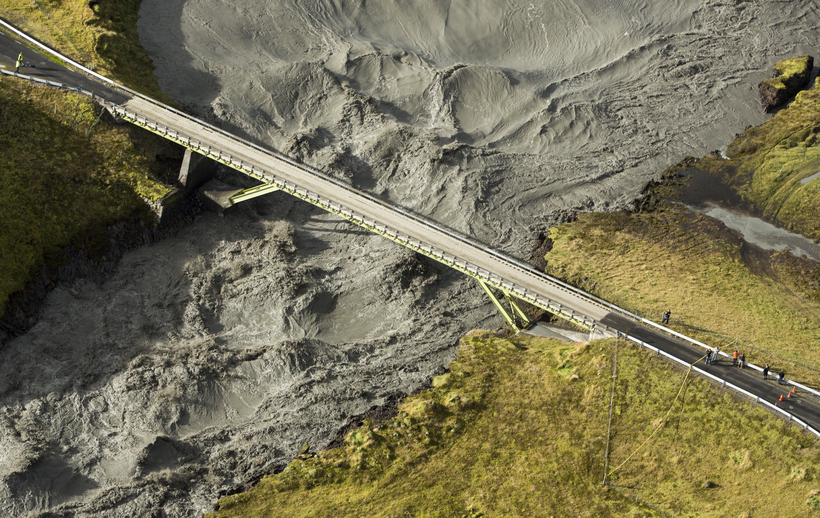 The glacial outburst flood in the river Skaftá in 2015. mbl.is/RAX

GPS measurements from the eastern Skaftá cauldron on Vatnajökull show that the ice-shelf above the lake is lowering. This is an early sign of the onset of an outburst flood (jökulhlaup), which will affect the river Skaftá in southern Iceland.

The jökulhlaup is expected to reach the edge of Vatnajökull late on Friday 3 August, with the peak of the flood possible during the early hours of Sunday 5 August.

Travellers are strongly advised to avoid travel in Skaftárdalur during the coming days. In addition to flooding along Skaftá, gas pollution from the floodwater could affect the region, particularly at the edge of Skaftárjökull. 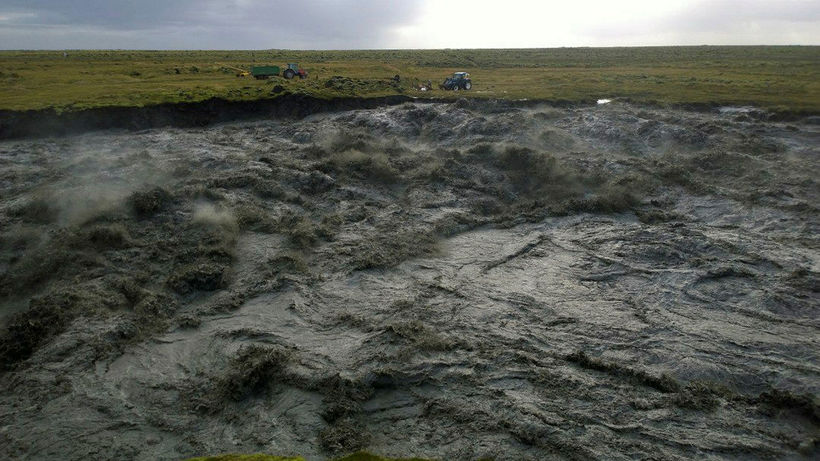