Cat at Reykjavik petting zoo enjoys staring at the seals 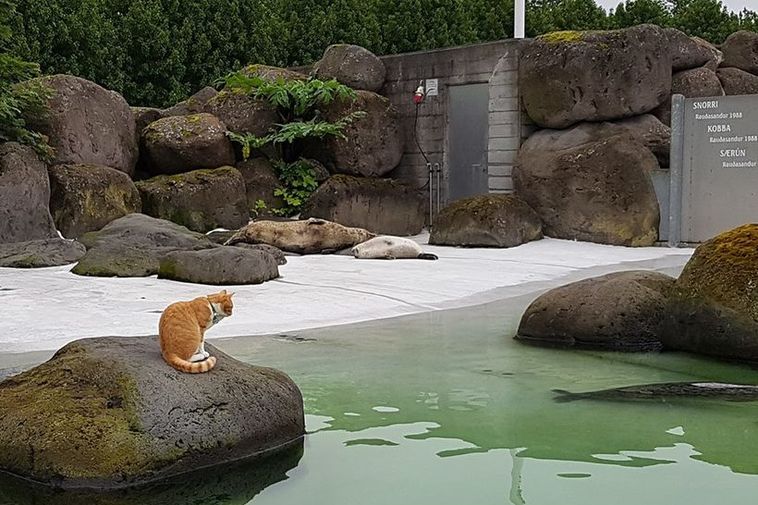 The seals at the Reykjavik family petting zoo are unperturbed by the feline attention they receive from resident cat, Karius.

A photo of Karíus the cat was published on one of Iceland's most popular Facebook pages, Spottaði kött,  which literally means "Spotted a cat".  It's a forum for cat lovers who share photos of various cats around Iceland and even abroad.

According to information from the zoo, Karius is a young cat and has a brother who also lives at the zoo, called Baktus. He's the shy one, but Karius loves the company of humans and other animals. He lives peacefully with all the animals at the petting zoo except the mice of course.

Interview with Músó the cat at Reykjavik's only cat café

Reykjavik's most famous cat gets kidnapped