Search for polar bear in North East Iceland called off 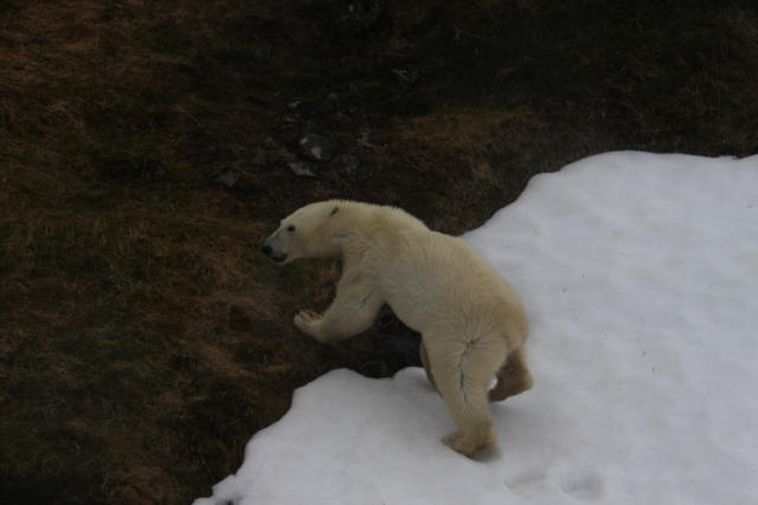 The polar bear which was reported in Hornstrandir, North West Iceland on May 2nd 2011. Photo/ National Coastguard

The search for the polar bear that was reported on Monday in Melrakkaslétta is now officially over. The search was called off yesterday at 4.30 pm when the national coastguard helicopter after repeated flights across the area found nothing.

"It's over, for now at least, until we get a new sighting reported, said the chief of police in North East Iceland, Halla Bergþóra Björnsdóttir speaking to mbl.is.