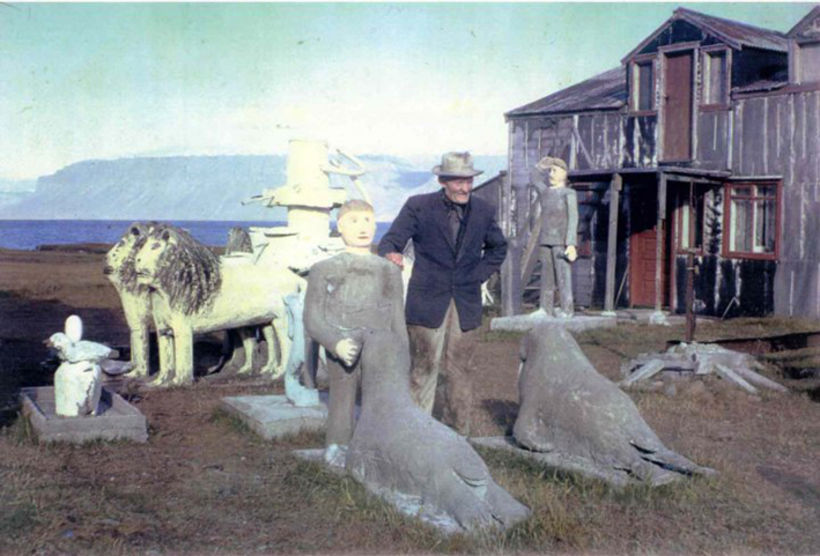 Samúel Jónsson photographed in his garden of sculptures in 1965. Ljósmynd/Aðsend

The incredible art collection by artist Samúel Jónsson in Selárdalur, North Iceland, has inspired awe and wonder by everyone who visits it. Now, a society has been formed to save the statues by the artist, who passed away in 1969 and to restore his house and make it a m museum at the edge of the habitable world.

There are fourteen days left of the fundraiser and 33 percent of the total of money required has yet to be raised. Sólveig Ólafsdóttir, one of the founders of the society says speaking to mbl.is that all restoration has been done by volunteers. The next town´, Bíldudalur is some 25 kilometres away and it's neccessary to have amenities for the volunteers. 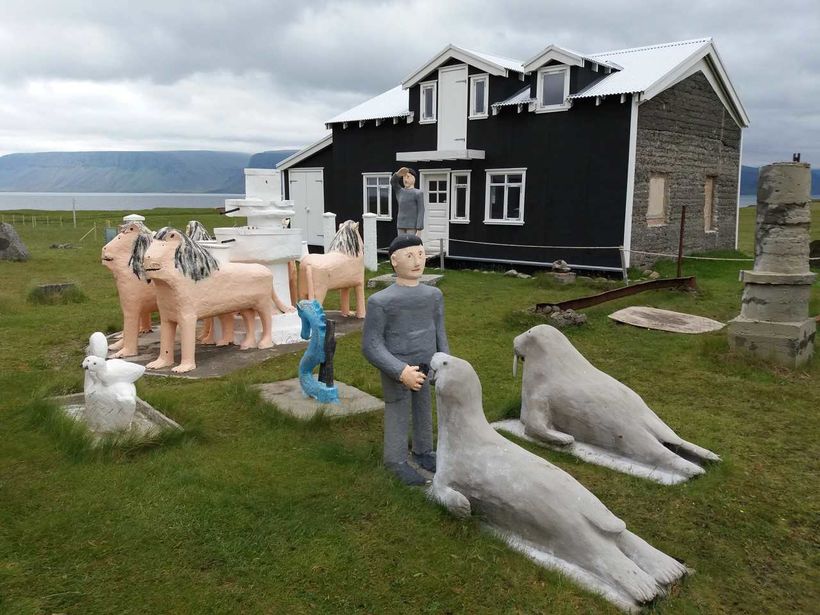 A museum, café and amenities will be set up on his former home which is being restored. Ljósmynd/Aðsend

"Foreigners can't believe thir own eyes. Most Icelanders are aware of the museum, having seen photos and such, but still find the visit an incredible experience."

The Selárdalur museum is centered around the works of artist Samúel Jónsson. He was known as the "Artist with a child's heart." Jónsson lived alone in the valley, and began making his sculptures around the age of 50. During his years of artistic production, Jónsson produced a number unique concrete statues using material mixed from the sand of a local beach. These are scattered across the green yard and are joined by two almost cartoonish buildings that he also built himself, the chapel and the museum. He also painted a lot of oil paintings of landscaps, paintings which he framed himself. He had no training as an artist and is not mentioned in any book on Icelandic art history.

Almost 1.6 million ISK has been raised so far but there's 900.000 ISK missing for the Karolina Fund fundraiser. 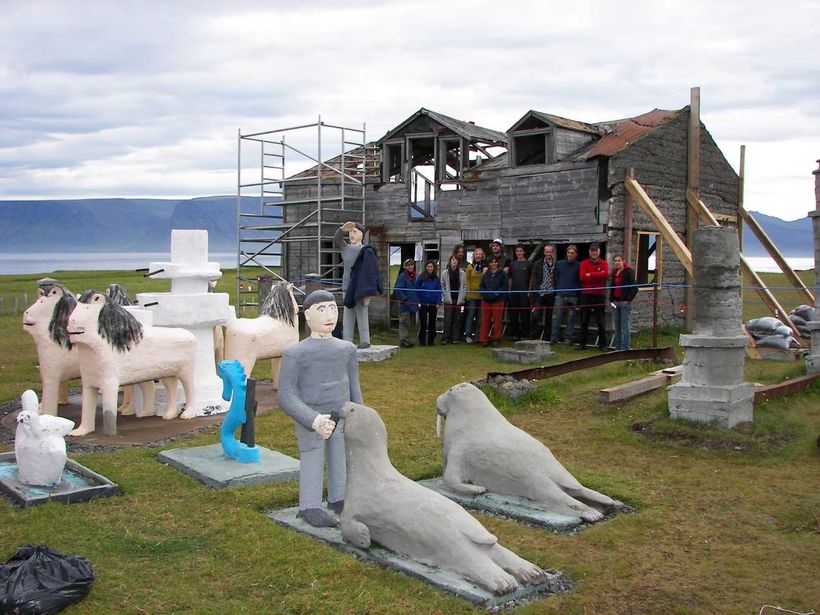 Volunteers have been working hard on restoring the building. Ljósmynd/Aðsend