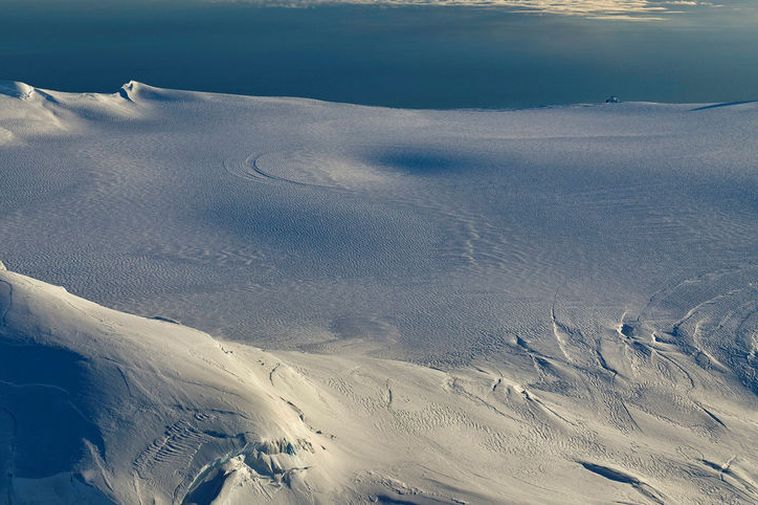 The last eruption in Öræfajökull occurred in 1727. mbl.is/RAX

Volcanologist Ármann Höskuldsson says that the situation at Öræfajökull volcano is "Far from normal." There's still geothermal heat in the area and theice cauldron in the caldera has deepened by some 20 metres.

A  3-D image made by specialists at the Geological Institute of the University of Iceland indicates that the caldera has deepened by twenty metres and that crevasses have become larger since it was first spotted.

The image was made using various information, not in the least the photographs of Morgunblaðið photographer Ragnar Axelsson who flew over the glacier on November 19th and again on November 28th.

"We see a greatly increased pattern of fissures around the caldera. It's now more of a drop shape than a circle, lengthening towards the South West," says Ingibjörg Jónsdóttir at the University of Iceland speaking to Morgunblaðið today.