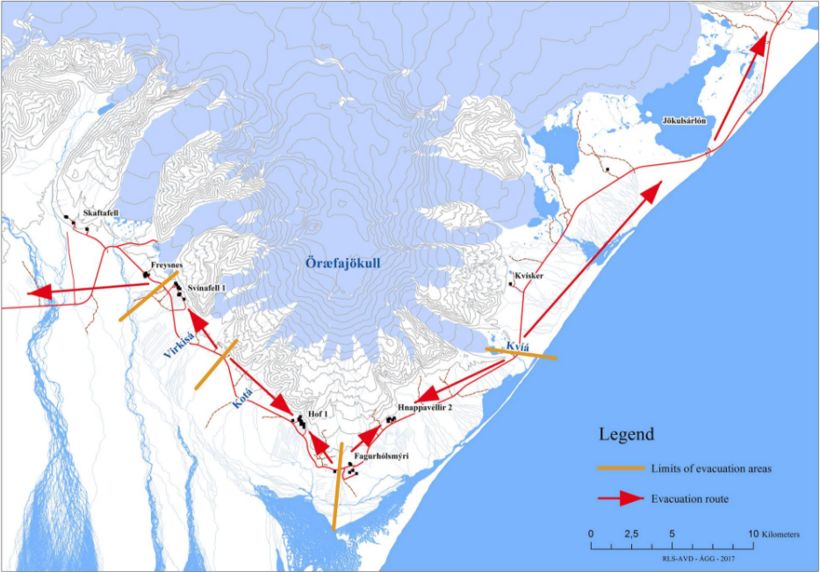 In case of an eruption, people are instructed to head directly to one of the three assembly points: Svínafell 1, Hof 1, or Hnappavellir 2 and wait further instructions. Map/Department of Civil Protection

An evacuation plan for the Öræfajökull volcano has been published by the Department of Civil Protection in Iceland in light of increased activity in recent days.

If evacuation orders are issued due to imminent eruption in the volcano, people in the area are instructed to immediately gather at three assembly points, whichever is closest: Svínafell 1, Hof 1, or Hnappavellir 2 (see map) and wait in their vehicles for further instructions.

If volcanic ash or volcanic tepra starts falling, people are instructed to seek shelter in the nearest building and follow further instructions when they are issued. See detailed emergency evacuation plan below.

Öræfajökull volcano in South-East Iceland is the country’s highest mountain, at 2,110 meters.. The volcano has erupted twice since Iceland was settled, in 1362 and 1727. The volcano has shown some signs of unrest recently, increased seismic activity, and earlier this month a new ice-cauldron measuring one kilometer in diameter formed in the glacial ice-cap over the volcano’s caldera. As of now there is no sign of imminent eruption. But in light of increased activitym the volcano is monitored closely by scientists and Icelandic authorities.

The Department of Civil Protection and Emergency Management in Iceland has published the following emergency evacuation plan in case an eruption:

Instructions for people who are within the evacuation area in the case of an evacuation: 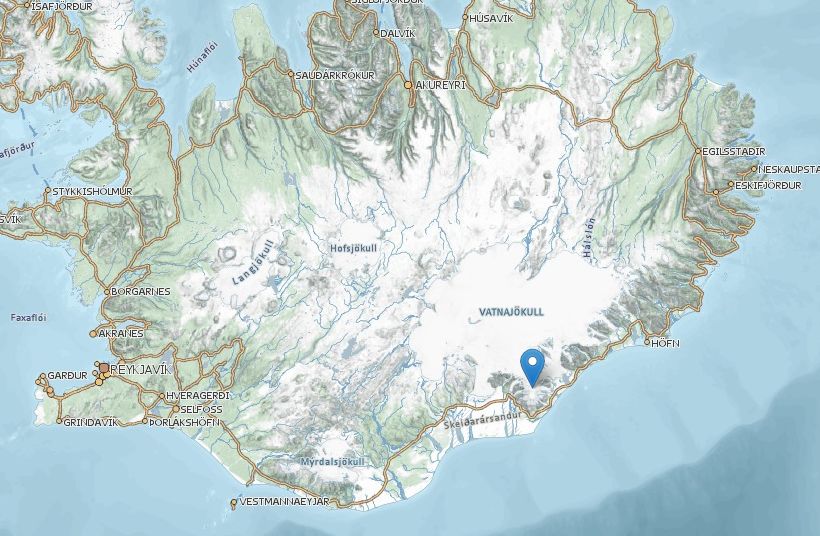 Öræfajökull volcano is located in South-East Iceland between Kirkjubæjarklaustur and Höfn. map.is