Uncertainty about course of events at Öræfajökull volcano 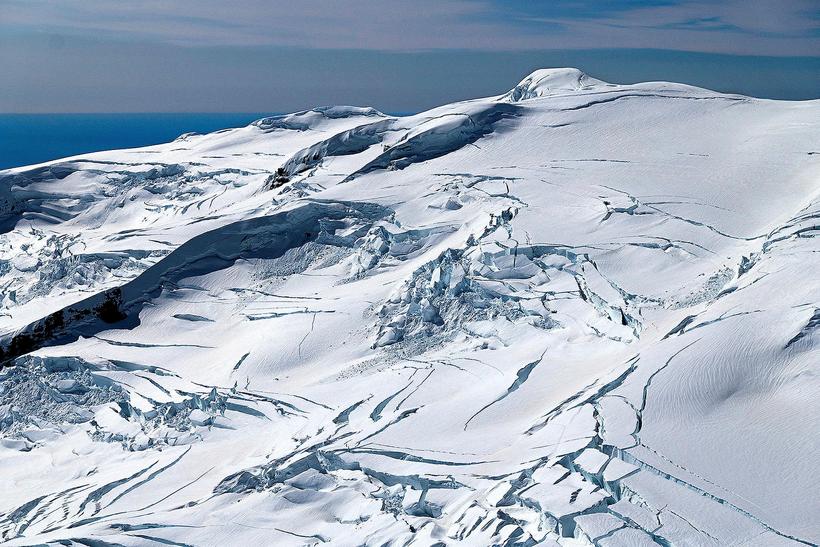 Although it's clear that there's a lot of geothermal heat underneath the Öræfajökull cauldron there are no signs of an iminent eruption. Scientists are however, uncertain as to what exactly is going on. Scientists from the geological department of the University of Iceland as well as from the Iceland Met Office and representatives of the Civil Protection management in Iceland flew across the glacier yesterday.

Samples from the rivers were also taken to measure gases and electrical conductivity.

The new ice-cauldron was measured and it's 1 km in diameter and 15-20 metres deep. Water from the cauldron flows into Kvíá river. The aviation colour code remains yellow in the area. 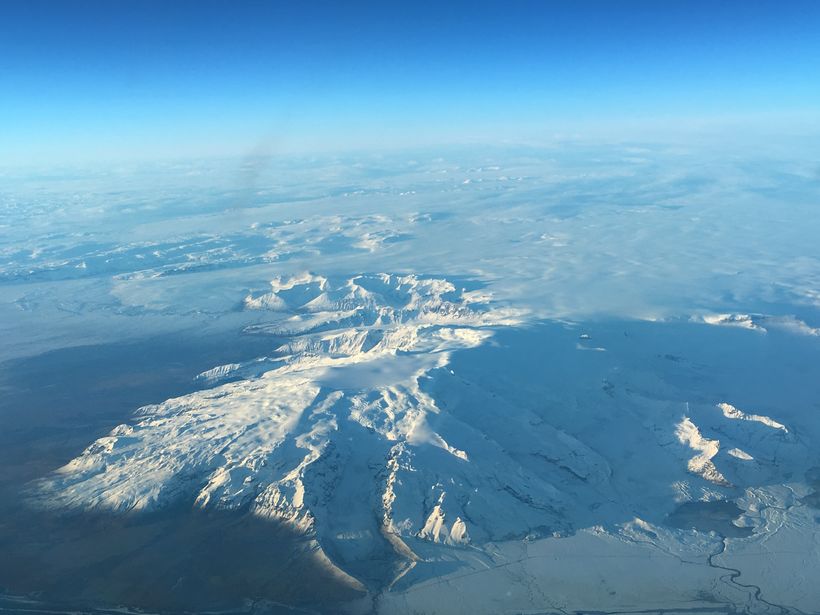 New satellite images of Öræfajökull volcano showed on Friday night that a new ice-cauldron has formed within the caldera in the last week. A pilot flying over the area took pictures of the cauldron today and sent them to the Icelandic Meteorological Office. The cauldron is about 1 km in diameter and it reflects a recent increase in geothermal activity within the caldera.

It seems that geothermal water has been slowly released from underneath the cauldron to the glacial river of the Kvíárjökull outlet-glacier (SE flank of Öræfajökull volcano). Associated with this water release sulphur smell has been reported nearby Kvíárjökull since last week. Most of the water has probably already been released. An increase in the seismic activity has been recorded for the last few months, but for the past days it has been low. This data indicates increased activity of the volcano which has not erupted since 1727. Currently there are no signs of an imminent eruption.

The Icelandic Meteorological Office has increased the surveillance of the area and is monitoring the volcano closely in collaboration with scientists from the University of Iceland and the Icelandic Civil Protection Authorities.