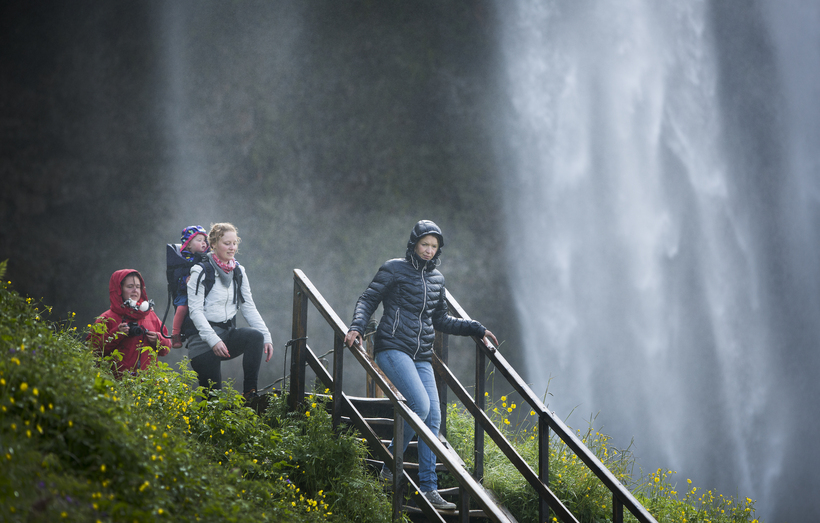 Parking at Seljalandsfoss, one of South Iceland's most popular tourist spots, now costs 700 ISK for a car and 3000 ISK for a coach. According to Kristján Ólafsson, farmer at Seljaland and chairman of the Seljalandsfoss owner's union, they had no choice other than starting to make people pay for parking to raise money towards improving security and access.

"I was born and raised here and the area is becoming completely trashed. In our opinion there simply wasn't any other way. " He adds that they've received no complaints yet and that people are positive towards this change. People have wandered off the marked paths near the waterfall and last month a teenager fell and was badly injured. Ólafsson says that there's need for an employee to guard the area and to guide people in the right direction.

"It's really awful to see how badly the area is suffering. We don't have any money to improve access so we have to do it in the cheapest way possible."  A temporary toilet has been erected in an empty container. He points out that the county has to pay for cleaning toilets and providing toilet paper,  which amounted to two and a half kilometres of toilet paper this past weekend. 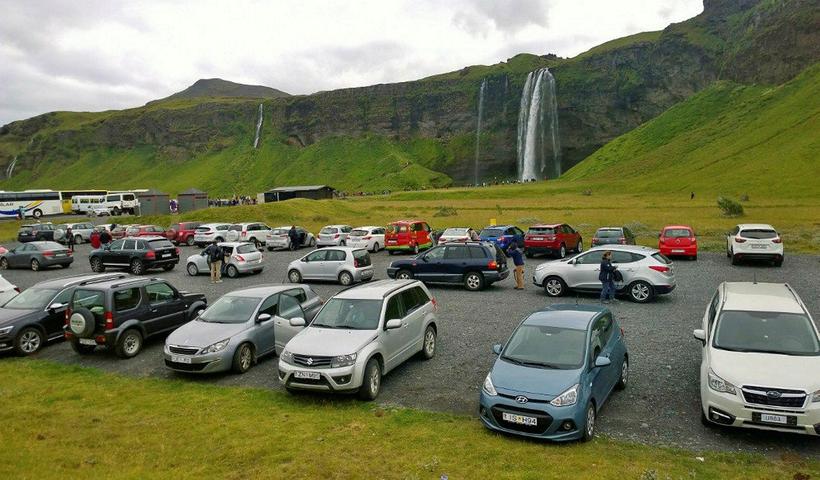 The car park at Seljalandsfoss. 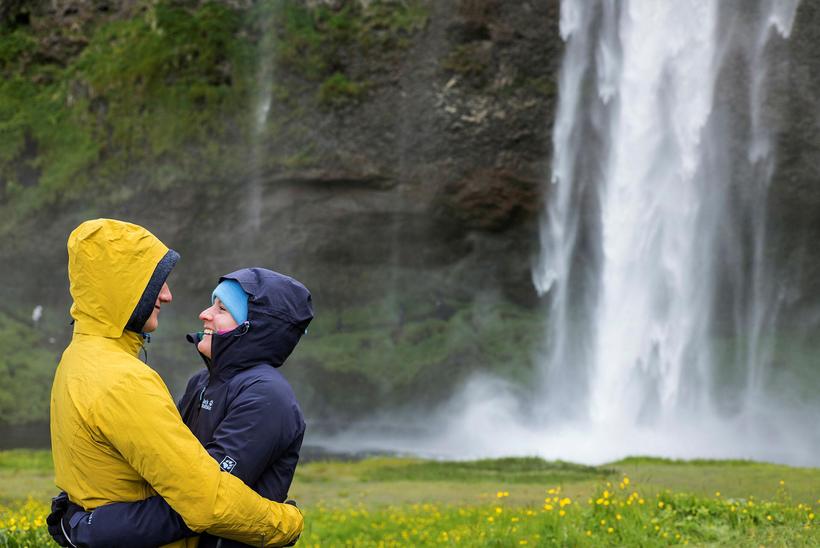 Seljalandsfoss is probably one of the most photographed sites in Iceland. Rax / Ragnar Axelsson