Over 100 long-finned pilot whales swam twice up to shore at Snæfellsnes Peninsula in West Iceland yesterday. They survived with the help of locals who pushed them back into the ocean and hoarded them away from the shore.

The first time around this large group of whales swam to the shore east of the town Ólafsvík. Local sailor Snorri Rafnsson was one of the first to spot them, he went out on his kayak to try to hoard them away from the shore.

“I knew what was happening, they would swim up to the shore and strand there. This has happened a few times since I was a kid,” he said in an interview with mbl.is (Iceland Monitor’s sister media outlet).

In the video above you can see Rafnsson pushing one of the stranded whales, encouraging him to get away. 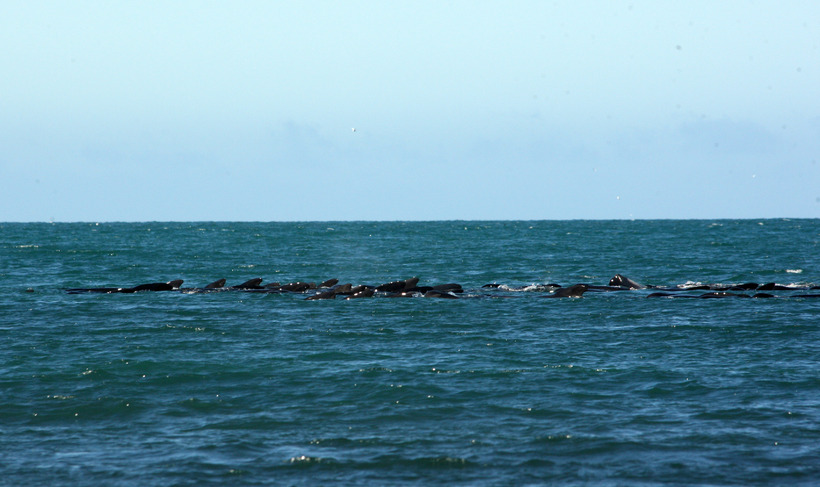 Many of the whales where bloody, injured after hitting the rocks by the beach Photo: Iceland Monitor/Alfons Finnsson

After a short while the local Search and Rescue team took over and hoarded the whales further from the shore, and believed that was that. But the whales turned around and swam back towards the shore. “The mass turned back and headed towards the town Rif, where they swam up to the beach. I was on my way through the area at the time,” said Rafnsson.

Five whales had already stranded on the beach, Rafnsson along with his friends and other locals pushed them back into the water.  The whales were confused wounded after hitting the cliffs by the beach.

“They had hit the rocks so many times the sea was tinted with their blood. They were seriously wounded.” Rafnsson called the SAR to join them again, and the flock was hoarded even further away from shore this time around. 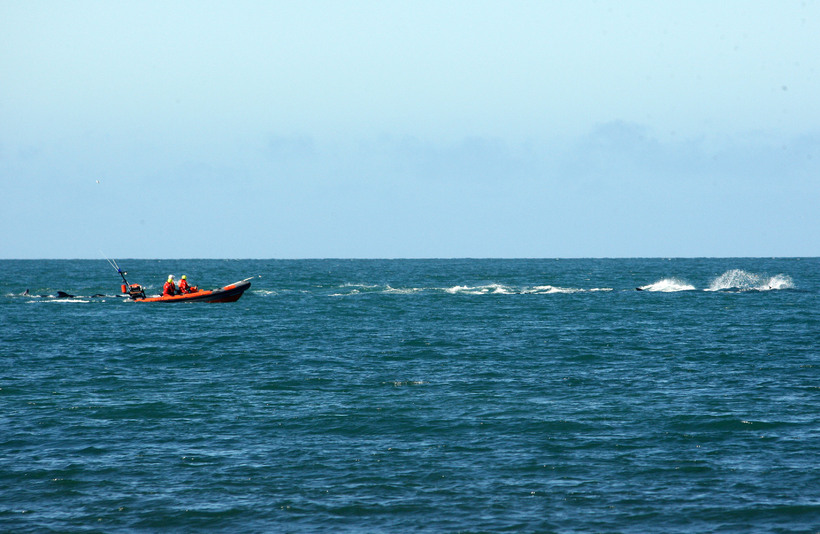 The local Search and Rescue horded the whales away from the shore Photo: Iceland Monitor/Alfons Finnsson

Long-finned pilot whales are small in size, not much bigger than dolphins. They are usually seen in groups, which range in size from a couple of individuals to aggregations of over a thousand.

It happens every once in a while that a group swims up to shore where the whales strand and die. The reason for this behaviour is unknown. When this has happens in Iceland locals try to hoard them back into the ocean, away from the shore. Long-finned pilot whales are not a species that is hunted in Iceland.