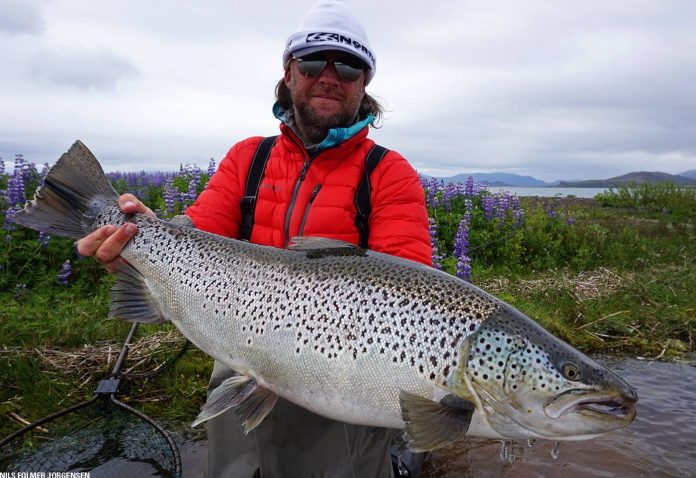 The population of brown trout that resides in lake Þingvallavatn can get very big. Last night Danish angler Nils Folmer Jörgensen caught a trout that weighed 26 pounds and was 98 cm, according to Vötn og veiði. His bate was Olive Ghost fly.

Brown trout is common in Icelandic lakes, but in very few of them it reaches the same size as in lake Þingvallavatn. Every year a number of trouts over 20 pounds are caught in the lake, which makes it a very popular place to go fishing.

Brown trout is generally not the fish anglers in Iceland dream about catching, North Atlantic Salmon is considered more of a catch. As the fish gets so big in lake Þingvallavatn, catching a large brown trout there just about matches up to catching a salmon in the minds of many anglers.

Þingvallavatn is located in Þingvellir National Park, one of the stops of the Golden Circle. A permit is needed to be allowed to angle in the lake. They can be bought at a few different places and they refer to certain areas of the lake. The prices differs, the most expensive ones are for areas where there's the biggest chance to catch one of the giant brown trouts.