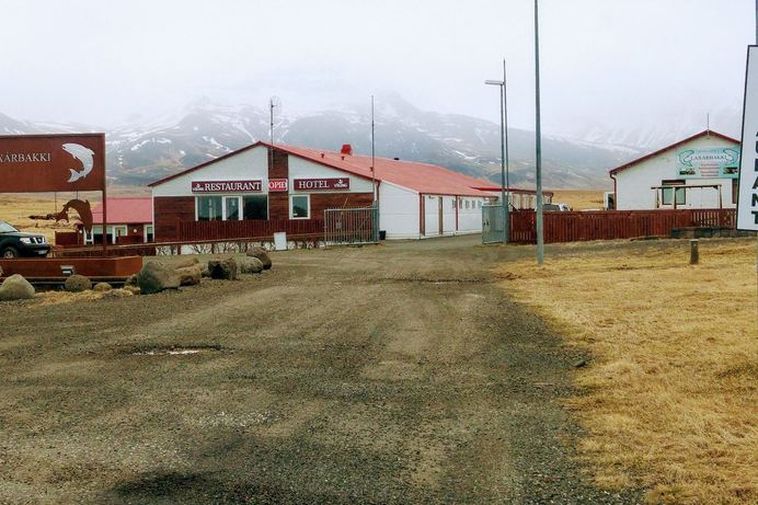 The West Iceland police report an incident on their  official Facebook page of having to interfere when they spotted four women urinating just outside the Laxárbakki hotel.

The Facebook post states: Policemen patrolling the area could not believe their own eyes when they drove past the Laxárbakki hotel.  Tourists had parked two rental cars just outside the hotel and four young women, all passengers in the car, were urinating on the pavement.

The police vehicle drove up to the hotel car park and by that time the women were back inside their vehicles. Police stopped the people and they turned out to be from Spain.

They were told that this sort of behaviour was unacceptable and that Icelanders did not do this sort of thing.

The women were ordered to pick up toilet paper which they had all left behind.  The women had to chase the paper, wet from urine, all around the carpark as there was some wind. Polce were not happy until all the paper had been picked up."

Police added in a comment to the post that the hotel had indeed been open at the time of the incident.

We recently reported an incident of a tourist defecating just outside a farm in South Iceland.

Last summer, people going to the toilet where there is not a toilet cause such a problem in Iceland that signs were put up in several places.