Nature, history and culture, a short ferry ride from Reykjavik 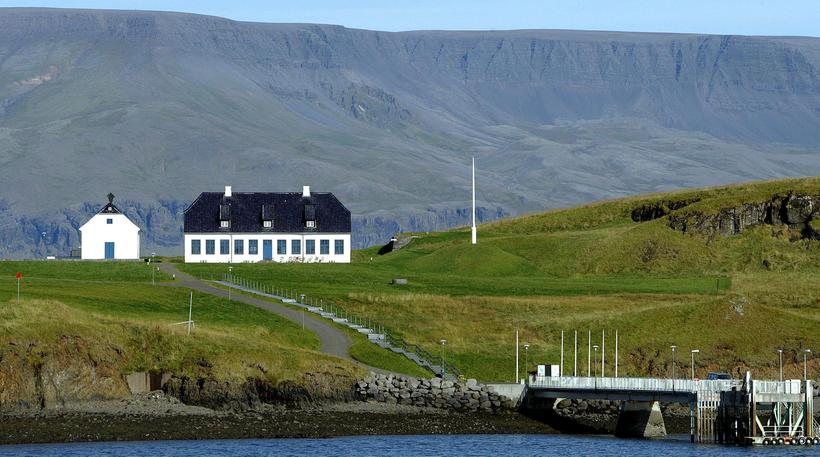 Viðey Island is owned by the city of Reykjavik. Photo: Iceland Monitor/Brynjar Gauti

Viðey Island is like an oasis for Reykjavik locals like me who get tired of the cars, the noise and the city (I realise that in terms of cities, Reykjavik is tiny, quiet and scarcely populated. What can I say, I’m a small town girl in heart). It’s located just outside of Reykjavik, sailing there only takes a few minutes, and you’re out and away. The same feeling of calm comes over me as when I’m somewhere in the Icelandic middle of nowhere. I love that as well, it’s just easier to get to Viðey.

Even if you don’t need an escape, the island is a beautiful, brilliant place to visit. A worthy stop especially if you’re only staying in Reykjavik. It’s not only about nature, the array of plants and birds, the shores and the sea, there’s also art and history. Not to mention that the view over Reykjavik and its surroundings is very beautiful.

Walking west from the docks, you stumble upon Yoko Ono’s Imagine Peace Tower, decorated with the phrase “imagine peace” in various languages. A great beacon the people of Reykjavik admire from afar in winter darkness. 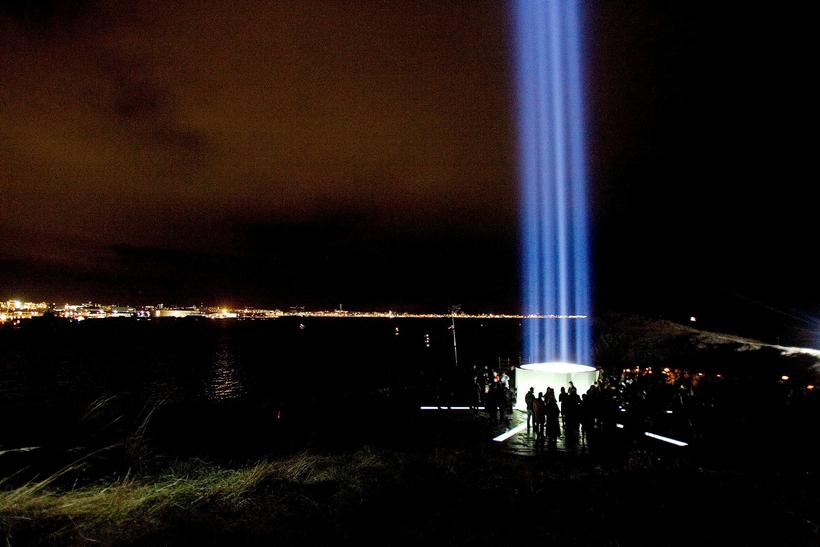 Sculptures by Richard Serra are spread over the western part of the island, you can’t help walking upon one. The artwork is called Áfangar, and is made from Icelandic columnar basalt. I doubt that most Icelanders know the island is decorated by sculptures by a world famous artist, but there you have it.

At the westernmost part of the island, an anchor stands up from the grass. It’s a monument for sailors lost at sea. Sailing by Viðey can be perilous and many ships have perished by the island over the centuries.

There’s a prominent white stone house that stands proudly on a hill, and greats you when you arrive. That and the small church beside it were built in 1754 by Skúli Magnússon, at the time the most powerful man in Iceland. They are some the oldest stone houses in the country. Magnificent as the Big House was at the time, and still is, it was very impractical. Like other houses of this kind, it was not well insulated. There was a reason why most of Icelanders lived in small, warm(er) turf houses at the time. Iceland is cold, we need warm houses. 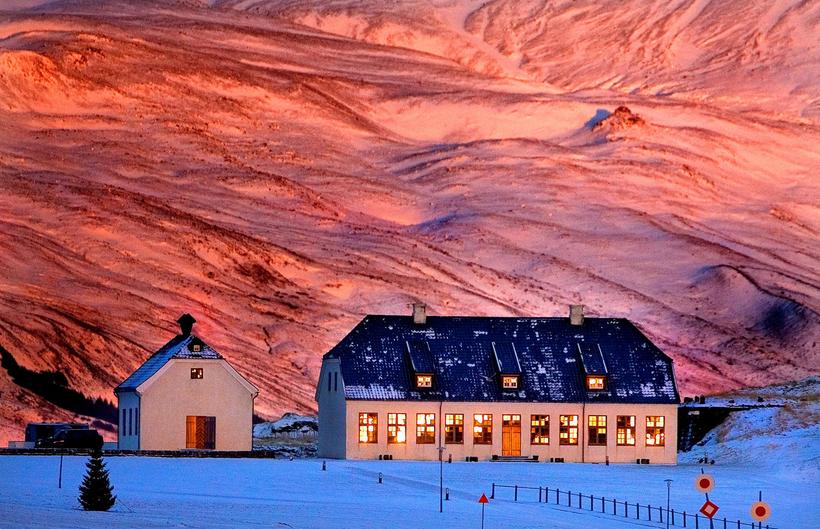 If you have tasted any Icelandic bread, you might notice that a lot of it is flavoured with caraway seeds. These have been a stable in Icelandic cooking for a very long time, and the plant grows wild in Viðey, planted on Skúli’s orders. Having adjusted to Icelandic climate over the years, it’s a bid milder than the common breed. Make sure to taste if you visit the island in August, when it’s ripe.

Many Icelanders don’t know this, but there was a fishing village in Viðey. It came in and out of existence in only a matter of decades, the last inhabitants deserted in 1943. Some of the old houses, like the school, are still standing. There’s nothing left of the other except the foundation, as most of them were taken down and rebuilt in Reykjavik. 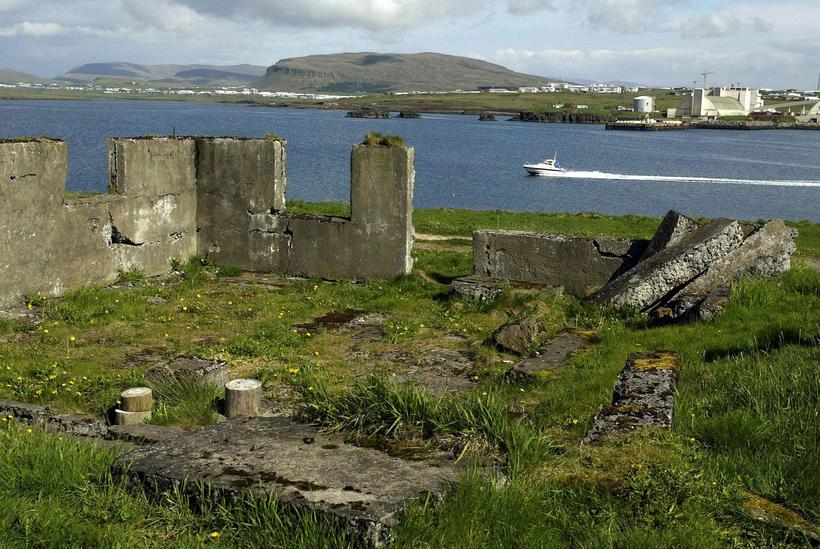 While visiting the island, walking to the eastern part of it and see the remains of the village is a must. You can visit the school, but only imagine how the rest of the village was all those years ago.

The island is 1.7 km 2 , so it’s a bit of a walk to see it all. There’s no problem if you don’t think you can manage, you can rent a bike to make the sightseeing easier.

As I said in the beginning, Viðey is known for history, culture and nature. Don’t skip out on the nature part, seek out some of the beautiful rock formations found on the island. Walk down to the shore, take a moment to admire the birds and nature, and breathe in the fresh air. 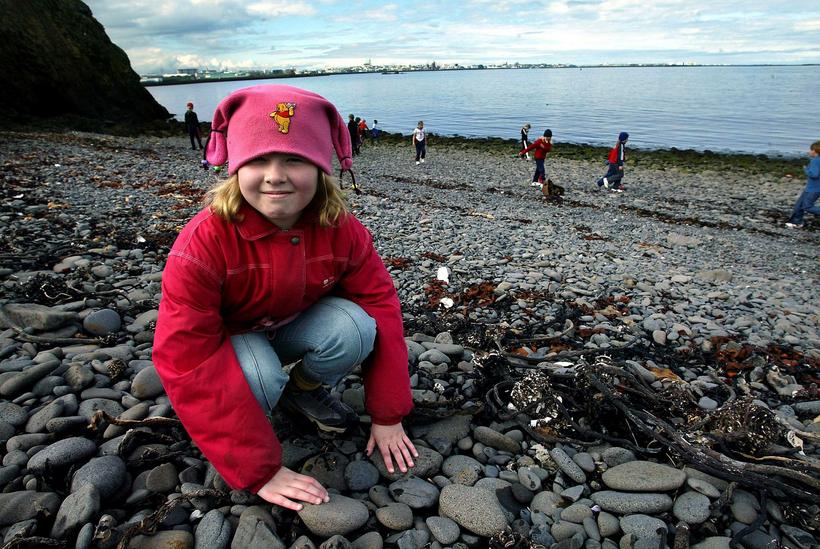 Aside from the normal fun of visiting a beach, there are stunning rock formations in some of the cliffs. Photo: Iceland Monitor/Þorvaldur Örn Kristmundsson