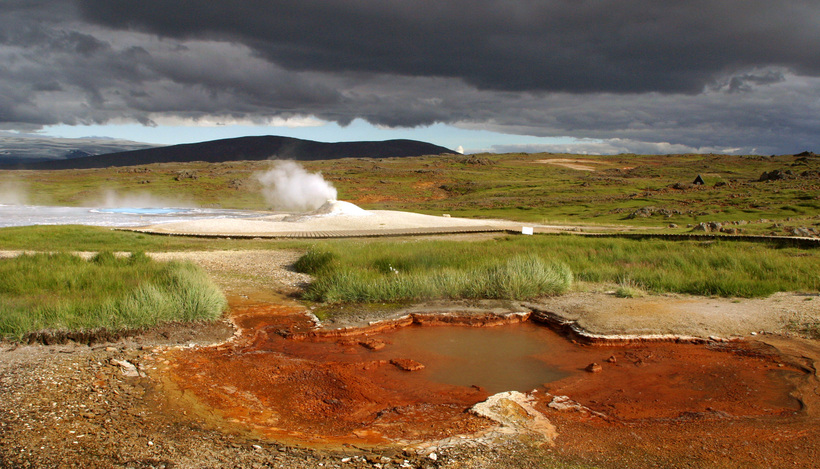 There will be drastic changes to the scene of the Hveravellir highland nature reserve, known for its hot springs, over the next few years. Old buildings will be demolished and new buildings, a hotel and other lodging facilities for up to 120 people, will rise on the boarder of the nature reserve.

Hveravellir is a geothermal area with bubbling hot springs and stunning colours in the middle of the highlands, just by the highland road called Kjalvegur. The area is perhaps best known in Iceland for being the alleged home of outlaws Fjalla-Eyvindur and his wife Halla.

Kjalvegur was a highway of sorts, before the time of cars. It was the best way to travel from North West Iceland to South West Iceland. Hveravellir has over the decades and centuries been a popular stop on the road as it’s located just about midway between these two parts of the country.

There is pretty much nothing but wilderness surrounding Hveravellir. This is rough Icelandic nature, with glaciers close by, old craters and bare rocks. There is no wonder it draws people there, even though Kjalvegur is so rough most car rentals forbid any other cars than medium sized 4x4 to go there. 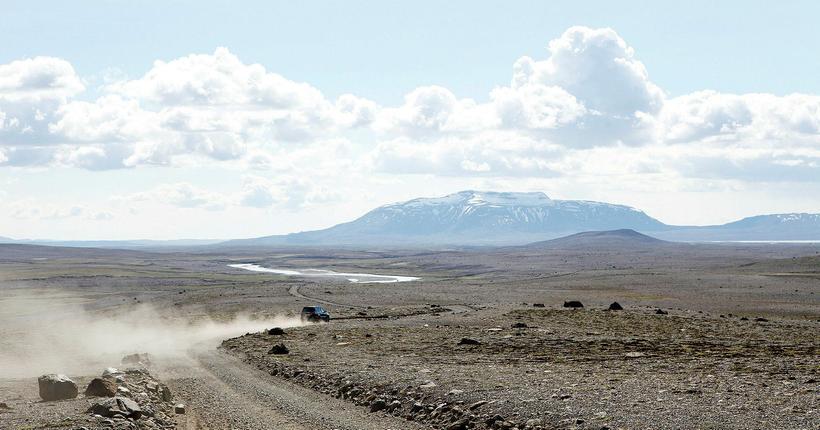 The structures in Hveravellir are owned by bus company Gray Line and Húnavatnshreppur, a municipality in North Iceland. They are ready to start building, though there’s a chance an environmental assessment has to take place first, which could delay the process for 2-3 years. One assessment has already taken place for another project, which was dropped. This is pretty much the same, though there are some little changes, according to Þórir Garðarsson, chairman of the company in charge of the project. He is hopeful to start building soon.

Last year 62.000 people visited Hveravellir, 80.000 stopped there over the year on their way on Kjalvegur and 13% stayed the night, according to the Icelandic Tourist Board. 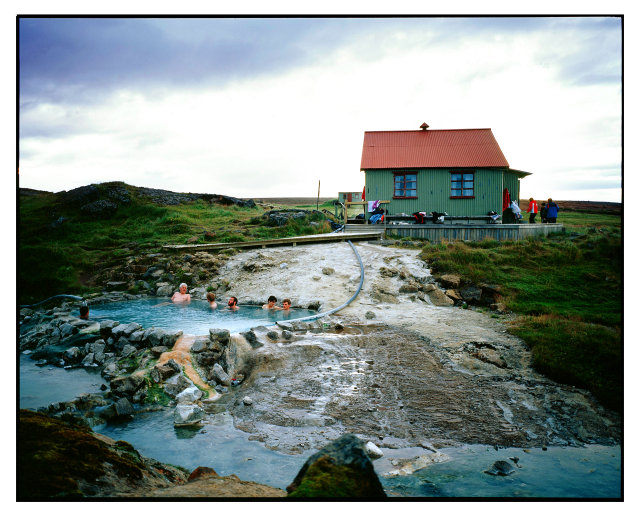 It's popular for travellers to stop for a soak in the geothermal baths at Hveravellir. Photo: Iceland Monitor/Brynjar Gauti