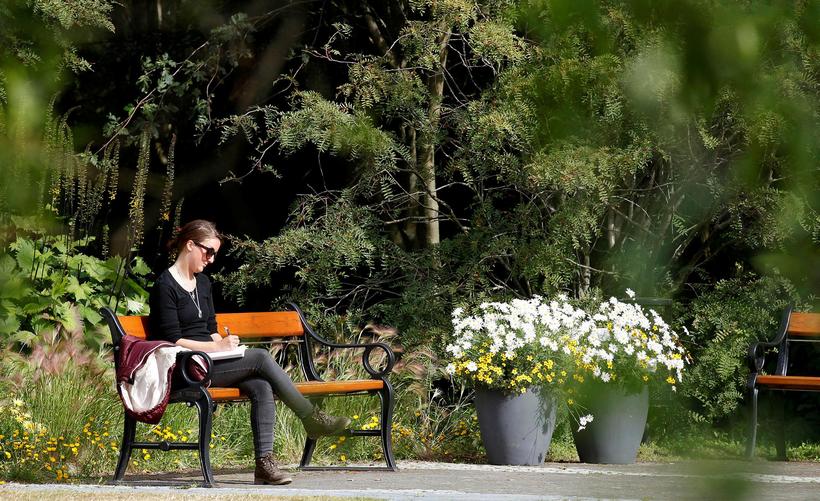 Iceland continues to bask in (relatively) balmy conditions with maximum temperatures above freezing all over the country.

As can be seen from the graph below, this is considerably higher than the average whole-month December temperatures since records began.

A comparison of the 2016 figure of 7.3°C for the first week of December with historical records for the same period reveals the biggest difference comes in respect of the year 1885.

The first week of December that year saw an average temperature of -6.5°C (20.3°F), almost 14°C colder than the week we have just enjoyed. 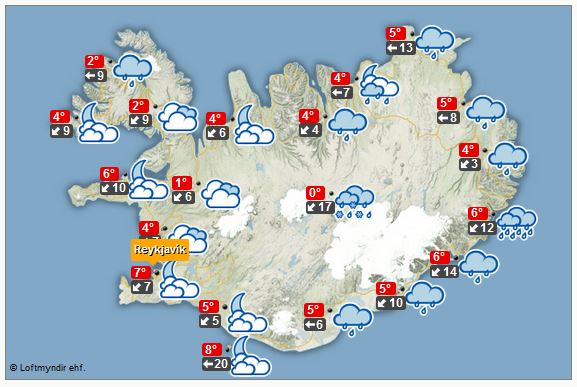 Plus temperatures across the board today.

The storm in pictures