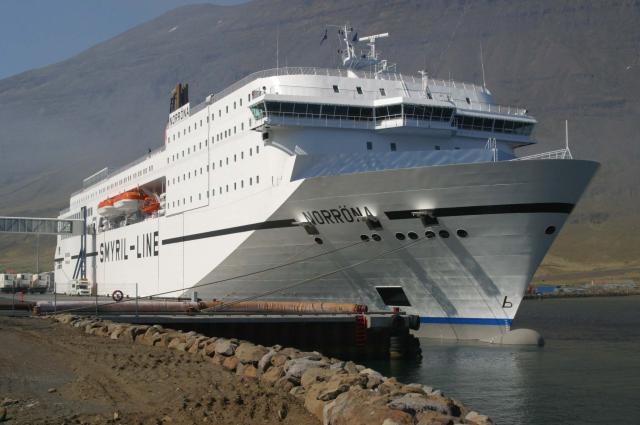 The MS Norrøna, the ferry linking Iceland to Denmark and the Faroe Islands, left the East Iceland port of Seyðisfjörður on the penultimate voyage of the 2016 summer season.

The winter schedule kicks in at the end of this month, but this in no way marks the end of the tourist season. “Things have gone very well and it has been a very enjoyable summer,” says CEO of operator Smyril Line in Iceland, Linda Gunnlaugsdóttir.

Passengers numbers are up 7% on last year, with most coming from Scandinavia, France, the Netherlands and Germany. Almost all voyages since April have been fully booked, as are all services up to the end of October.

“We decided to extend the tourist season a few years ago,” explains Gunnlaugsdóttir. “Before, we offered trips to Iceland for just 3-4 months in the year, but now the ferry runs all year round.”