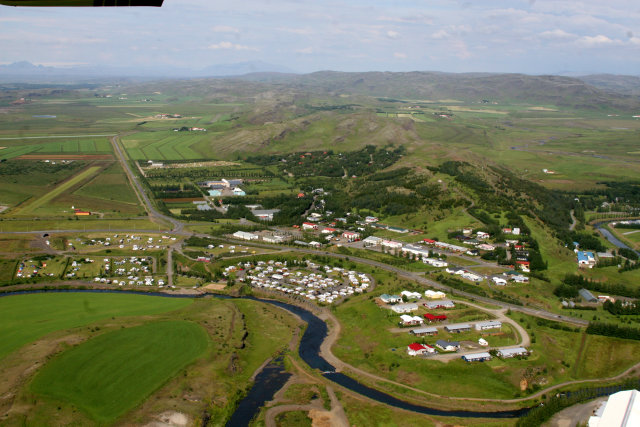 Cases of refunds for tourists disturbed by the drunken antics of Icelanders at the pretty and very popular campsite in Flúðir, South Iceland, have occurred and now the campside is divided into two sections, one for tourists, one for locals .

Gi­orgia Talla­oure, an employee at the Flúðir campsite says that the new division is not a firm rule but that Icelanders camping there tend to party more on weekends than the foreign ones.

Morgunblaðið reports that figures have doubled at the campsite compared to last year and that tourists have complained about partying Icelanders.

"Tourists obviously want a quiet spot because they've been travelling all day. We're trying to make everyone happy," says Tallaoure and adds that the separation isn't exactly one between Icelanders and foreigners but rather between those who want peace and quiet and those who are partying. "Noone has complained about the separation, it's a large camping site," she said.