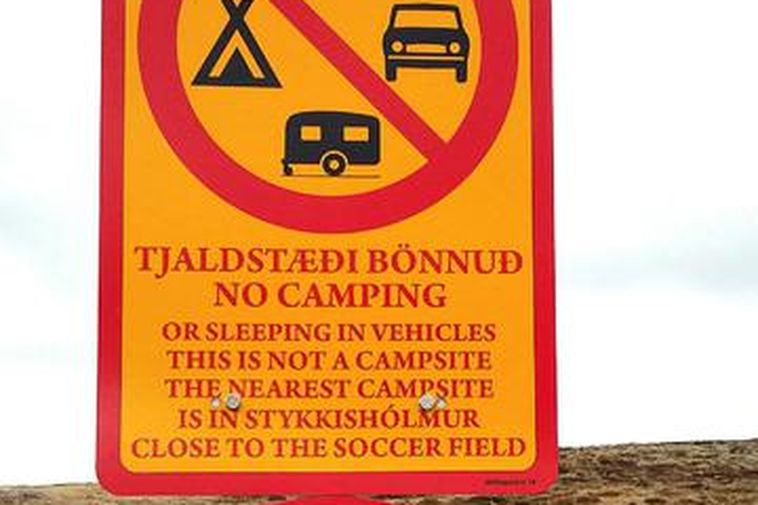 The Icelandic State has no problem with the sign, which is proving useful all around Iceland.

The "pooping tourist" sign is made privately for private parties but is becoming increasingly popular around Iceland to warn tourists against, well, pooping, where they're not supposed to.

The sign looks exactly like signs made for the Icelandic state, and feature a red circle on a yellow background. Asked by Morgunblaðið whether the sign was legal, Stefán Erlendsson at the Icelandic Road Administration repliedd that they had no problem with it.

Pooping tourists became somewhat of a problem in Iceland last summer, whether it was because of the lack of facilities or other unknown reasons. Tourists were reported defecating in the city centre outside a store, in the highlands in popular hiking paths and at Gullfoss waterfall.  The problem seems to have subsided this year.

"Tourists piss and shit at Gullfoss"