New tourist facilities at Iceland's waterfall of the gods 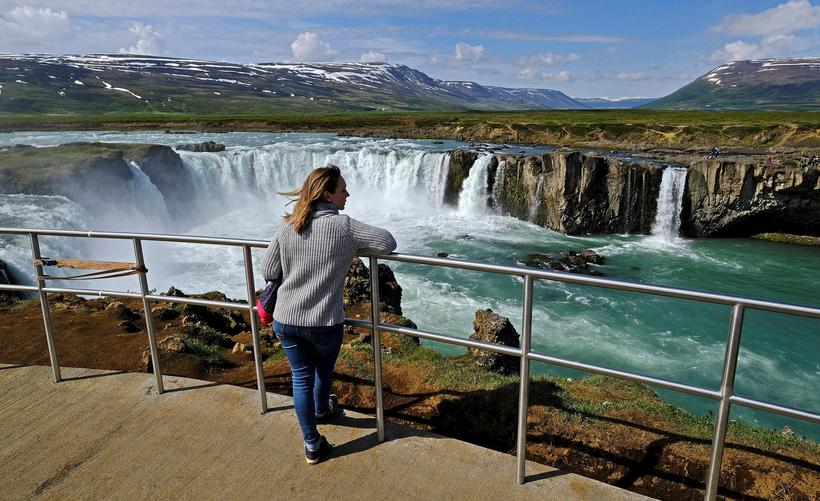 Construction has been underway for new tourist facilities at one of Iceland's most beautiful waterfalls, Goðafoss, which means waterfall of the gods.

A viewing platform, walking path and car park have been constructed and the total cost of construction is 26,8 million ISK, from a special government fund for tourist spots in Iceland. 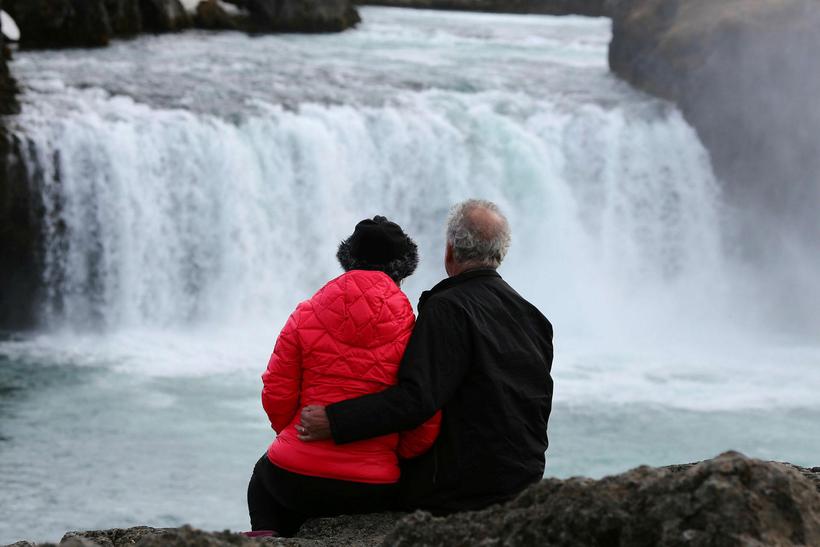 Goðafoss in North Iceland is one of the country's top tourist attractions. Photo: Þorgeir Baldursson

A walking bridge will also be constructed later at the waterfall. Until now, tourists have mostly visited the falls from the west side but now the idea is to disperse tourist traffic to protect the nature around it. "In a way we are ruining it a little bit by putting these walking paths there but we have to react to protect the area," says Dagbjört Jónsdóttir, chairman of the district council of Þingeyjarsýsla in North Iceland.

Goðafoss was listed as a place of danger for tourists recently. The name, waterfall of the gods, comes from the tale of lawspeaker Þorgeir Ljósvetningagoði who made Christianity the official religion of Iceland in the year 1000. He is said to have thrown statues of the old Norse gods into the waterfall, a story told in Íslendingabók, a historical Icelandic work from the twelfth century. 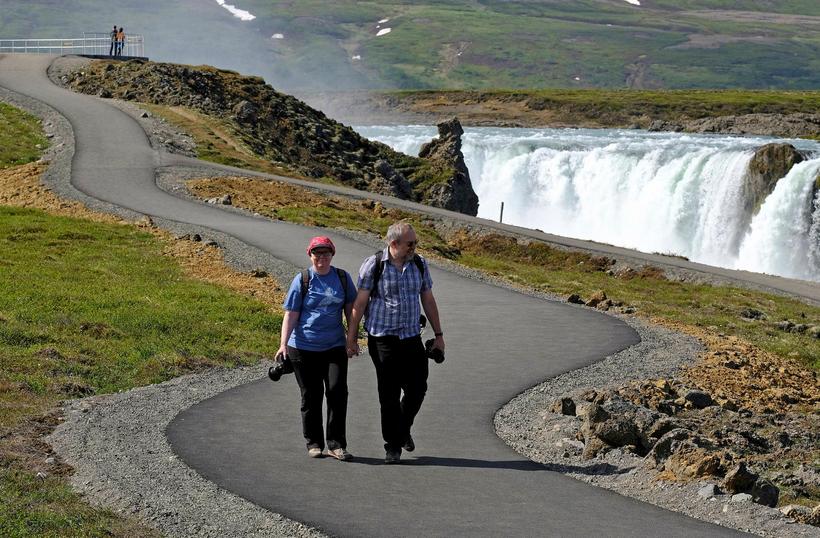 Tourists on a new walking path at Goðafoss waterfall mbl.is/Golli 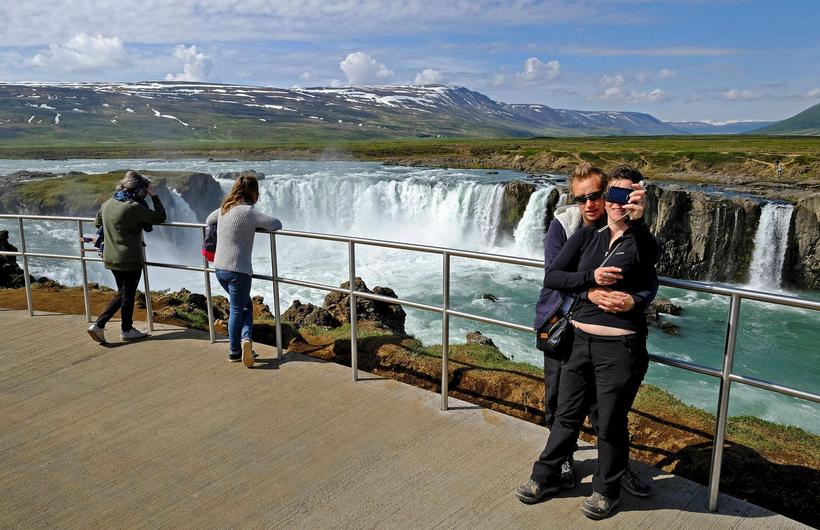 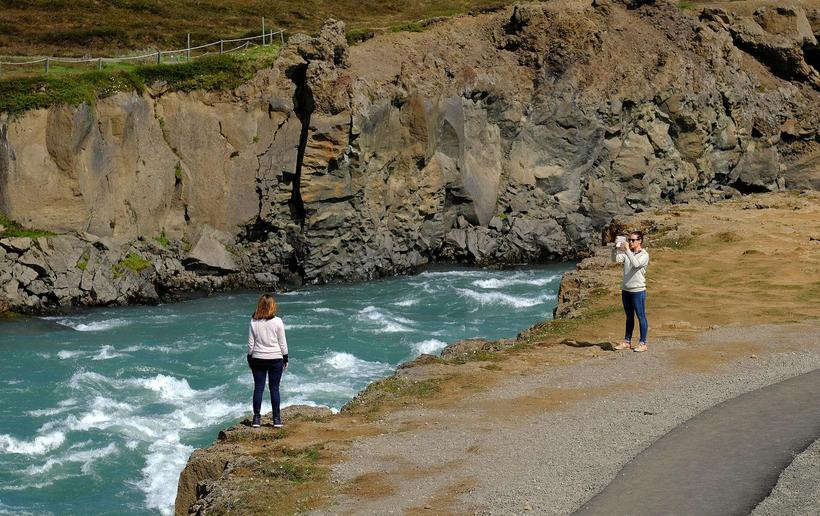 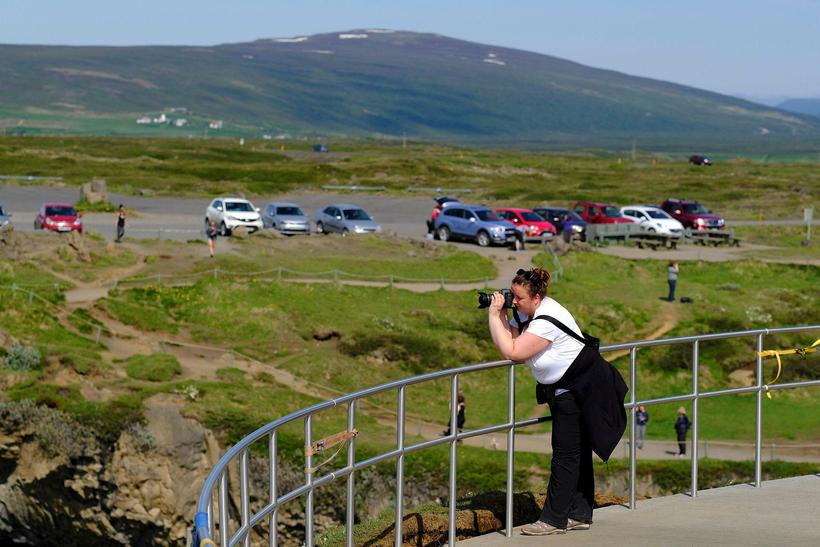