Photography: Journey with a head 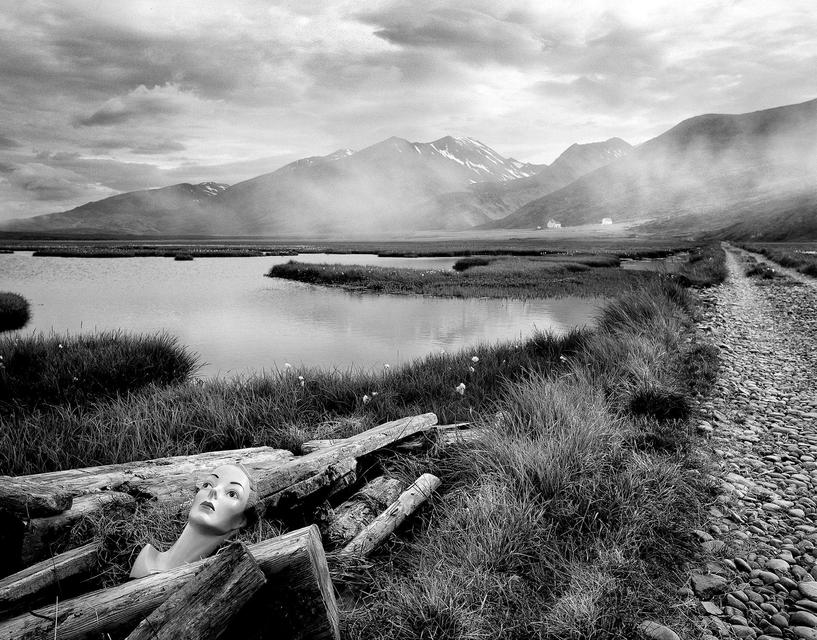 The valley of Flatey with fog coming in from the ocean. Morgunblaðið/ Árni Sæberg

Morgunblaðið photographer Árni Sæberg celebrated his sixtieth birthday earlier this week and on this occasion he published a series of photos he captured all across Iceland ten years ago. There's one abstract twist: Accompanying him on the journey was the head of a mannequin.

"I'm dyslexic and I see things in pictures, not in words," explains Sæberg who has worked for Morgunblaðið since 1984. "That's how the idea came to me, to journey with the head."

The journey started in North Iceland between Eyjafjörður and Skjálfandaflói, in the lush valleys that were once inhabited but are now deserted.

"It's a paradise on earth." Other places included Strandir in North West Iceland, and Krýsuvík, a geothermal area in the Reykjanes peninsula.

Sæberg is intending to host an exhibition of the photographs at his home this autumn. 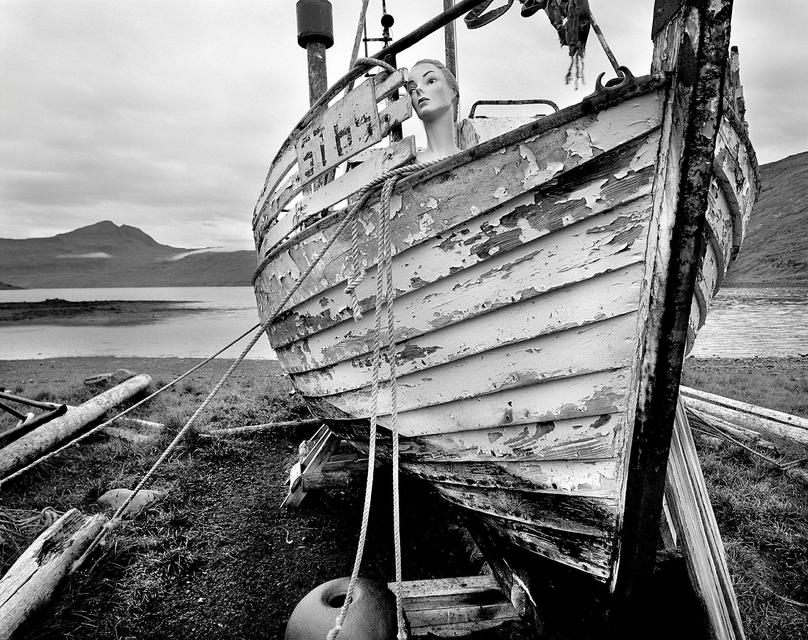 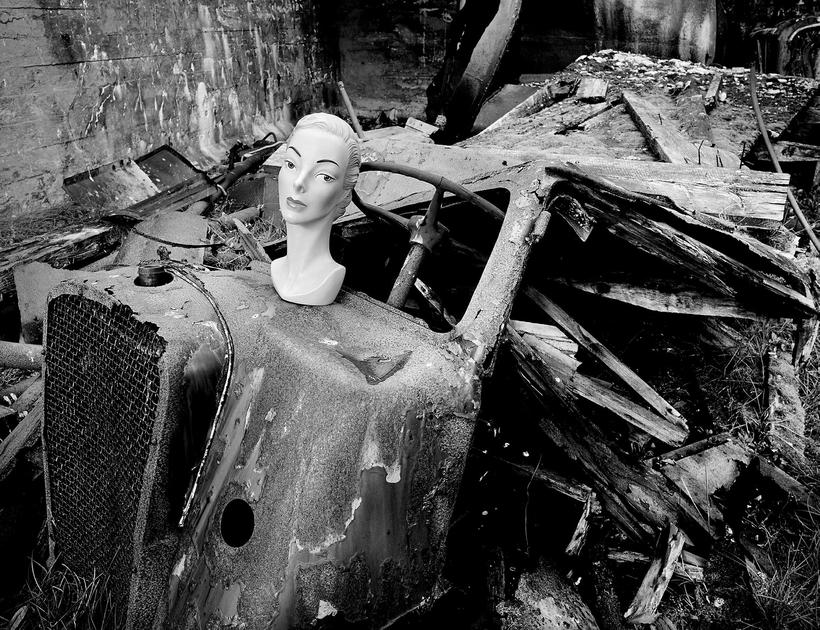 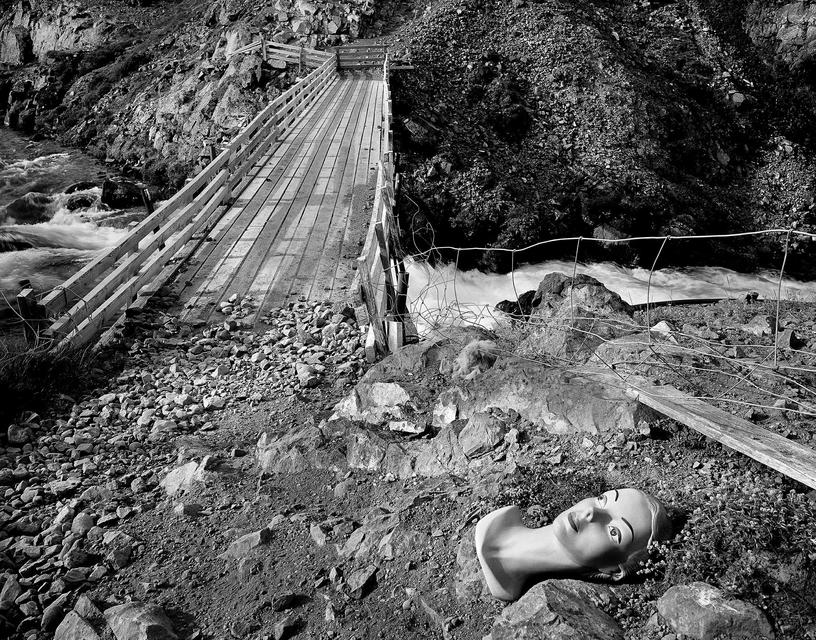 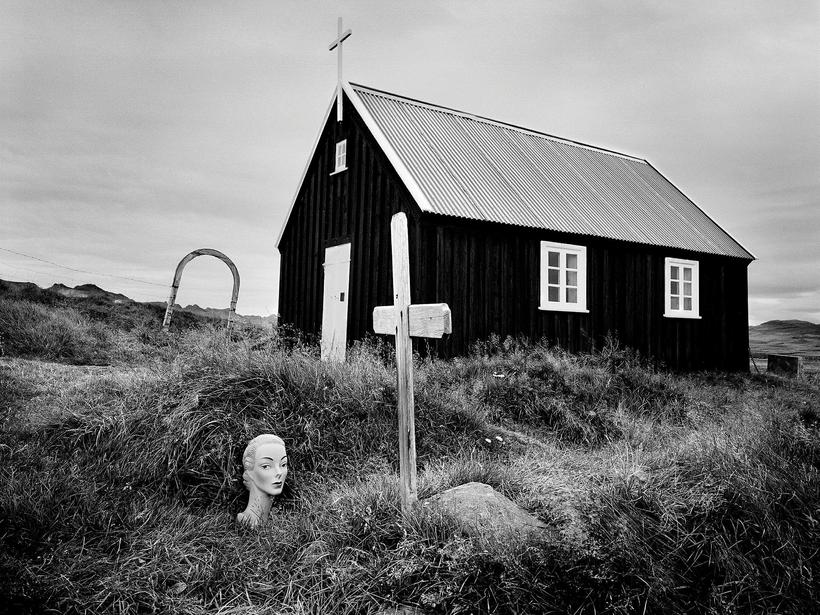 A churchyard in Krísuvík, at the grave of Sæberg's dear friend Sveinn Björnsson. Morgunblaðið/ Árni Sæberg 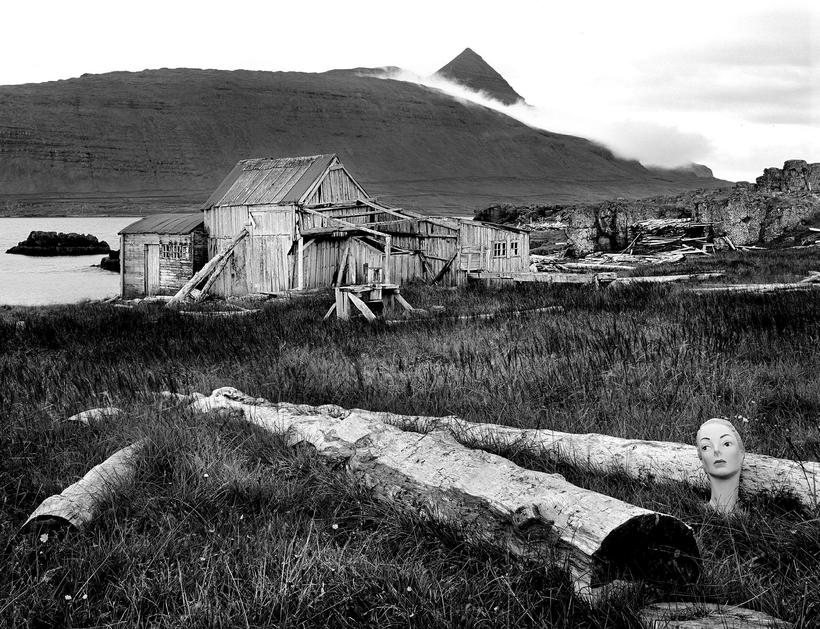