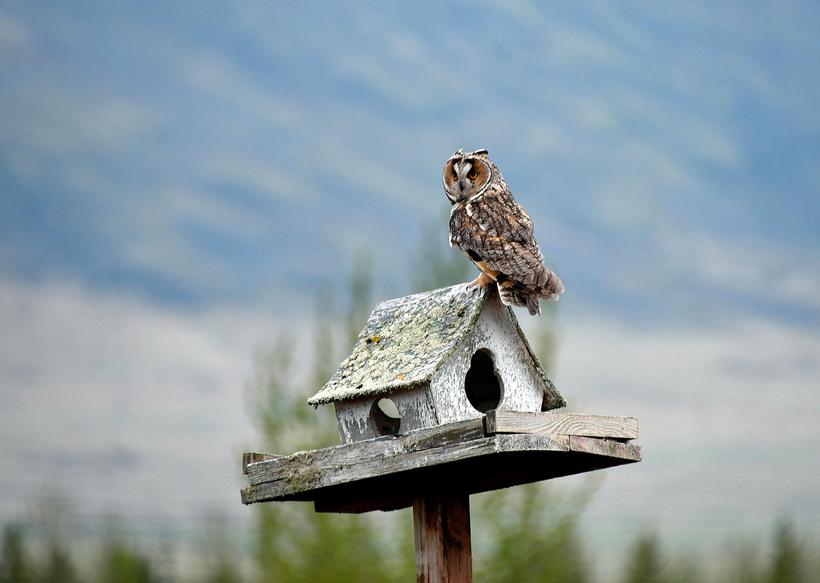 A rare photograph of a long eared owl was captured by Már Jóhannsson, who had been trying to photograph it for seven years.

The family owns a summer cottage at Flúðir, South Iceland where the owl has been spotted regularly since the summer of 2009.  The bird is very camera shy, however.

"We spot the owl regularly but it just won't be photographed. I've bee trying for years and it was just complete chance that I captured this photo," says Jóhannsson.

The family were sitting down for dinner last Saturday night when they heard hooting outside their window. "My wife saw that the owl was perched on our bird house. I grabbed my camera and managed to take four photos before it realised I was taking them and flew away. I guess it was checking to see if there were any birds inside the house."