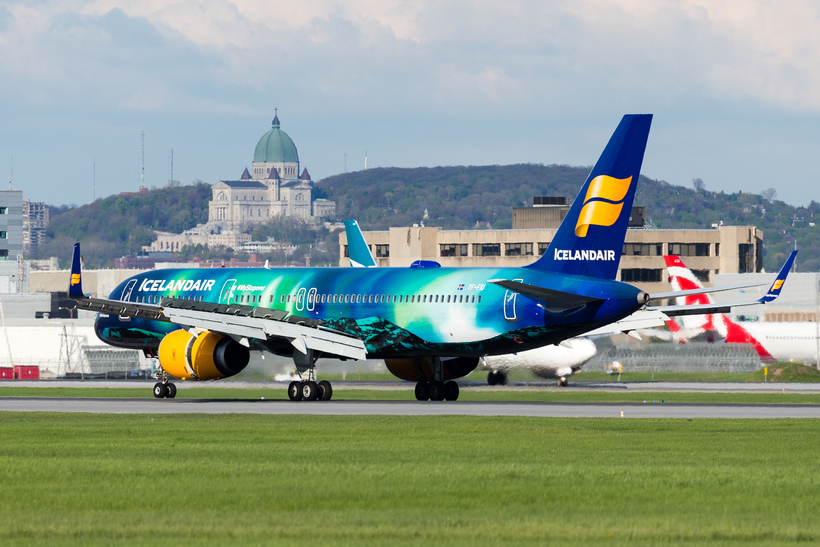 The Hekla Aurora Boeing 757 landing in Montreal for the first time. Photo: Icelandair

Yesterday say the departure of its stunning Hekla Aurora 757 to Montreal, a city of four million inhabitants in the province of Quebec. The flight from Iceland takes around hour five hours.

Montreal is Icelandair’s sixteenth destination in North America. Other Canadian destination served by Icelandair are Edmonton, Halifax, Toronto and Vancouver.

“Montreal fits in well with Icelandair’s route network and strengthens our operations,” says Icelandair CEO Birkir Hólm Guðna­son. “We can offer economical fares for tourists and business people between Montreal and all major European cities, via Iceland.” 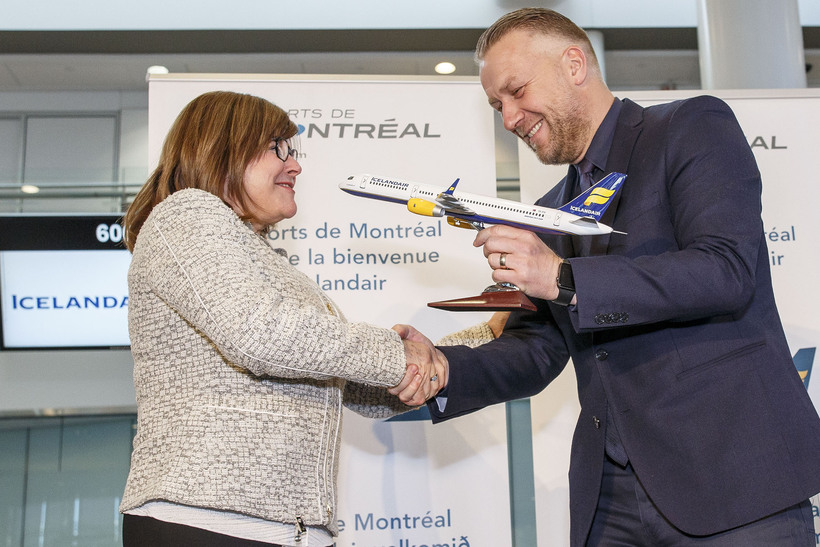