Air Iceland aircraft to be named after Viking settler women 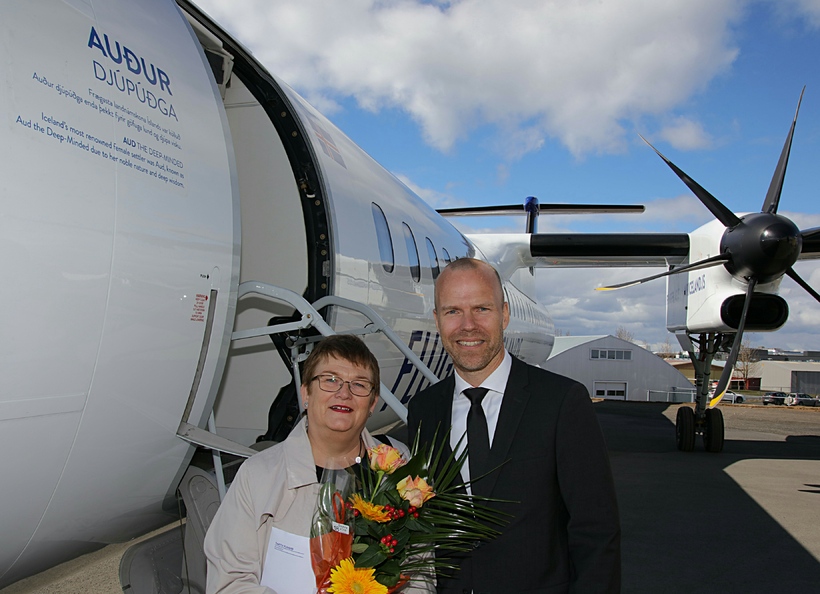 Ólafía Þ. Stef­áns­dótt­ir receiving her award next to the newly named aircraft.

Air Iceland’s new Bombardier aircraft will be named after strong respected women from the early years of Iceland’s settlement.

The Icelandic domestic airline organised a competition open to the public to find names for the new aircraft.

The first aircraft to receive one of the new names will be called ‘Auður djú­púðga’, roughly meaning ‘Auður the Deep-minded’.

Over 6,000 proposed names were received by competition organisers, and the winning entries were selected by a special jury.

The winner was Ólafía Þ. Stef­áns­dótt­ir from the East Iceland town of Seyðisfjörður. Air Iceland flew her in to Reykjavik to attend the award ceremony.