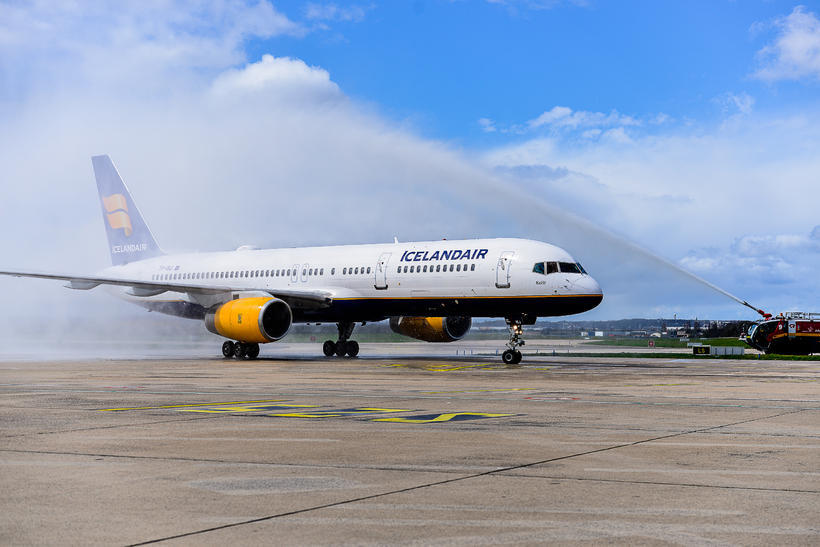 The arriving Icelandair jet gets a water-cannon salute as it lands at Orly.

Yesterday saw the first scheduled flight by flag carrier Icelandair to Paris Orly airport – an addition which brings the airline’s European network up to 27 destinations.

Paris-Orly (ORY) is Icelandair’s fourth new destination this year, after Aberdeen, Chicago and Montreal, as is Europe’s thirteenth largest airport.

The airline has been flying to Paris for forty years, initially to Orly and then to the new Paris-Charles de Gaulle (CDG) airport, which opened in the 1970s.

“It has very good connections within France and to neighbouring countries in southern Europe. Orly opens up exciting opportunities for Icelandair and is a welcome addition to our network.”

Icelandair will be operating 23 flights a week to Paris this summer – seventeen to CDG (2-3 a day) and six to Orly. CDG is also served by Icelandic low-cost airline WOW air.