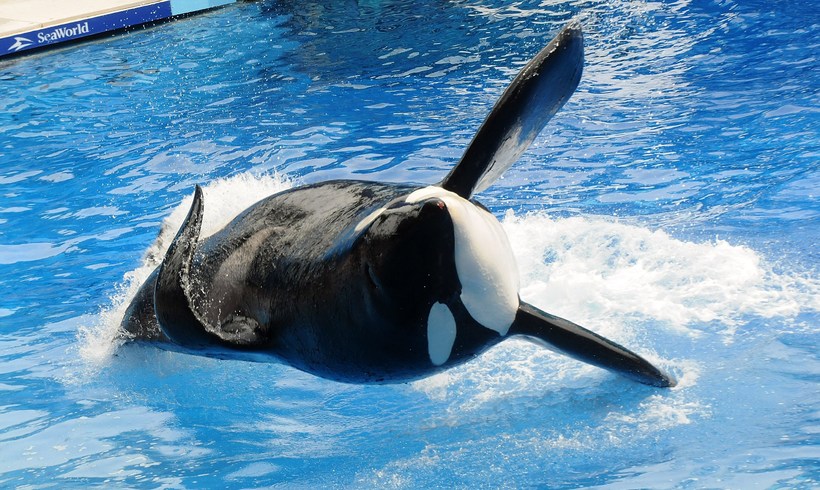 Last week, SeaWorld announced that the killer whale Tilik­um(Tilly),  caught near the shores of Iceland in 1983 is deteriorating fast from a bacterial infection. The animal, believed to be 35 years old is the largest animal in captivity measuring 6.7 metres in length and weighing 5.4 tonnes.

The  award-winning documentary Blackfish told the story of Tilikum, the captive killer whale who killed three people and underscores problems within the sea-park industry, man's relationship to nature, and how little has been learned about these highly intelligent mammals.

Tilikum was one of 48 killer whales caught off the coast of Iceland in the years between 1976- 1988 and sold for large sums of money. Tilikum appeared on the pages of Morgunblaðið six days after he was caught, swimming in a small pool at the Sædýrasafnið petting zoo in Hafnarfjörður.

In 1992 an incentive to bring Tilikum back to Iceland was started but in 1998 this was denied by the chief veteranry authorites due to risk of infection. Keiko, the killer whale, was however brought back to the Westman Islands shortly after.

In an announcement by SeaWorld, vets and environmentalists are doing their utmost to assist SeaWorld in taking care of Tilikum but his outlook is bad. 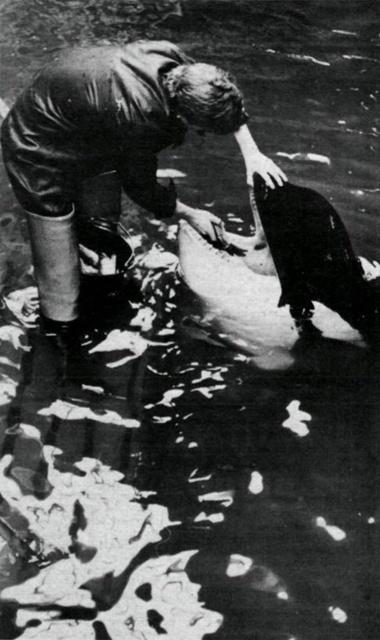 A photo of Tilikum, or Tilly, appeared in Morgunblaðið in 1983. The photo was taken when the animal had been caught and transferred to a small pool at a zoo in Hafnarfjörður. Photo/ Morgunblaðið