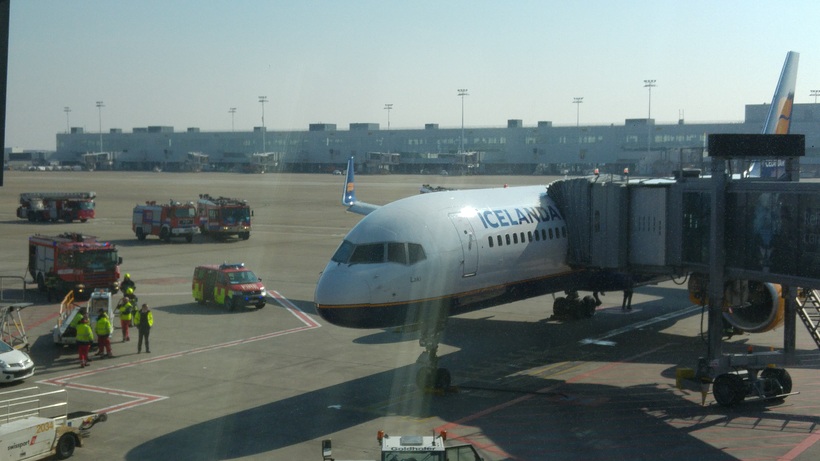 An Icelandair jet was escorted to its arrival gate at Brussels airport today by a fleet of fire engines – after a landing gear malfunction forced a high-speed landing.

A glitch in the Boeing 757’s landing gear as the aircraft made its way from Iceland to the Belgian capital of Brussels this morning meant that it was unable to slow down to the correct speed and had to land at a faster speed than usual.

Four Brussels Airport fire engine followed the aircraft to its terminal gate due to the likelihood of smoke from the overheated wheel brakes.

The pilot landing the aircraft had reportedly no experience of such a fast landing – which he described as a ‘fighter approach’ – but the aircraft touched down and decelerated without incident.

Icelandair Communications Officer Guðjón Arngrímsson has confirmed that the malfunction affected the aircraft’s undercarriage, but that the flight was at no stage in any danger.