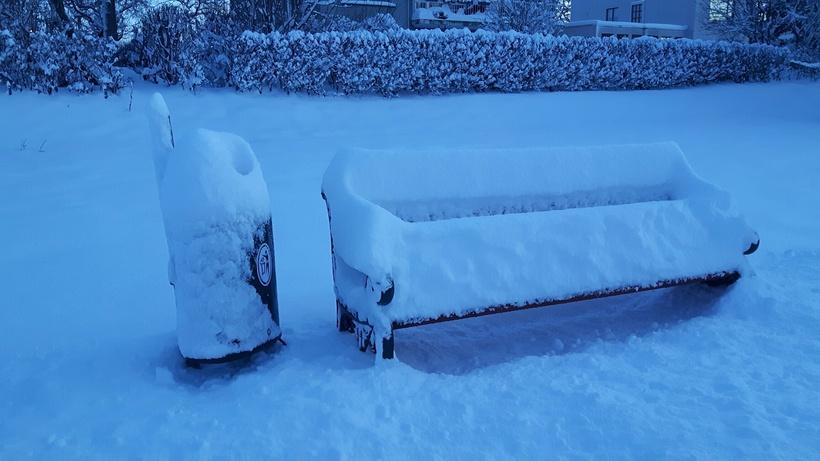 Residents of Icelandic capital Reykjavik woke up to 42 cm (16.5 inches) of snow this morning – the highest depth of snow in December since records began.

According to the Icelandic Met Office, the previous record was set back in 2011, when snow lay 33 cm (13 inches) deep in Reykjavik on 29 December that year.

The highest ever depth of snow recorded in in Reykjavik was 55 cm (21.5 inches) back in January 1937, and if snows continues to fall on the city, this record might also be broken – and soon.

Now at 42 cm, snow levels in Reykjavik were 32 cm just four days ago on Saturday.